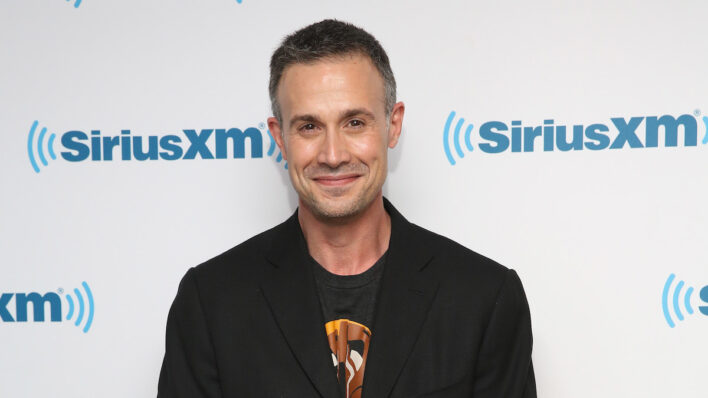 What Happened To Freddie Prinze Jr.? The 90s Heartthrob Who Left The Scene

He was slated to be the most dashing leading man of our times. What happened next will change your mind about carrying assumptions about people.
By Shaoni Das    January 11, 2022

He was slated to be the most dashing leading man of our times. What happened next will change your mind about carrying assumptions about people.

What is success to you? Anyone growing up in the 90s can attest to fact that the decade belonged to Freddie Prinze Jr.

The Californian actor onto the scene as the fresh-faced, übercool Ray Bronson on hit horror franchise I Know What You Did Last Summer, following up his breakout with a slew of other teen-oriented works such as She’s All That, Summer Catch, and Scooby Doo. He was poised to be the sharpest leading man of our times, brimming with an effortless air of confidence and dreaminess, with the occasional dash of vulnerability to add to the appeal. Supporters were in awe of his rising celebrity, more so when he started dating everyone’s favorite vampire-slayer, Sarah Michelle Gellar.

Unfortunately, as is wont to happen, Freddie’s stardom fizzled over the years, and the media had redirected its fixation on other performers. His pathway to the A-list category wasn’t as seamless as everyone had imagined, and he could not translate his teen-boy phenomenon into a sustainable, long-term career in the industry.

Let’s take a few moments to chart his journey and investigate why he fell off the radar so starkly.

Why did Freddie Prinze Jr. leave the spotlight?

Hollywood is a fickle business.

Freddie Prinze Jr, who exploded into the public consciousness as the most dashing young actor of his generation, was destined for unprecedented fame and glory, but in the span of a few years, he had seemingly become a ‘washed-out’ actor struggling to get bit parts in movies. How did he fall off the cliff so quickly?

Well, the answer to this isn’t black or white. At first, Freddie had difficulty shaking off the ‘heartthrob’ label. He was typecast an awfully lot: from Down To You, featuring a young couple going through the ups and downs of their first relationship, to Summer Catch, a story about an aspiring baseball player pursuing a romance with a girl out of his league, to Boys & Girls, following a college-aged boy and a girl intertwined by fate.

Playing the adorable, chiseled-faced boyfriend was his claim to fame, so it’s natural why he would choose to lean on this specific persona to advance his career.

However, the problem with sticking to the same gimmick is that it will not challenge or prepare you enough for high-quality performances. There’s a fixed timeline as to how long you can continue with the youthful-flame charade, and with Freddie, as he became older, he couldn’t compare to the rising crop of new actors who were building upon what he had developed. It became necessary to shift his perspective and focus his energies elsewhere.

Though Freddie’s position in the limelight didn’t survive in the long run, his love story with fellow 90s idol Sarah Michelle Gellar certainly did. The two weren’t just an ‘It Couple’ for the papers; they fell madly in love and tied the knot in  September 2022. They welcomed their first child Charlotte in 2009, and a son, Rocky, in 2012. Becoming a father changed Freddie’s life; he realized right there and then that he would do everything in his power to be present in his children’s lives. He said when his daughter was born, “that was pretty much it” for him. He proudly undertook the role of a “full-time father” and vowed to spend as much time with his son and daughter. To this date, he seems to be fulfilling this promise.

When my daughter was born, that was pretty much it for me. I became a full-time father. It’s not a job. It’s what I love to do.

What makes his experience more poignant is that Freddie didn’t grow up with a father himself. On January 29, 1977, when Freddie Jr. was just a ten-month-old baby, his father, Freddie Sr, committed suicide by shooting himself in the head. As a result, Freddie Prinze Jr. had first-hand knowledge of the trauma of growing up fatherless. “My old man taught me a lot of stuff in his death that I don’t even know if he would have been able to teach me had he been alive,” he said in 1999.

The Scooby Doo star told himself that he would never hurt his loved ones or force them to feel the “void” he felt growing up. So when the opportunity came, and he was fortunate enough to raise his own young ones, he jumped to prove himself. “For me being a father, not having a dad, it makes it my number one priority,” he told E!.

In fact, the couple is so dedicated and concerned about raising their children well that they made a pact to not work at the same time, making sure there is a parent home at all times. When asked whether she plans to work with her husband in the near future, Sarah Michelle said, “I doubt it because then who’s home with the children?”

What’s so positively refreshing about their arrangement is that the responsibility doesn’t necessarily fall on the wife or mother’s shoulders. They’re both putting in the work in equal measure. Not that men have to switch roles with women to institute equality, but it’s unique nonetheless to see an actor of Freddie’s caliber be comfortable in taking the backseat to his wife’s work. The so-called success of parenthood is often predicated upon sacrifices and compromises, but in an ideal world, they never feel like something’s being taken away from you. For Freddie to completely commit to fatherhood is a testament to his character. As a result, before we scramble to make hasty accusations about his career and work ethic, we need to appreciate Freddie’s choices as well as his inclination to go against the grain. It’s not always easy to disregard your profession in favor of the family, but if your heart’s not in it, what can you do?

It’s all too easy in this universe to impose your judgment on other people and poke at the choices they have to make in their day-to-day. One glance at Freddie Prinze Jr’s career, and you won’t be faulted for making gross assumptions about his personality or acting talent. What we have to realize is that it takes a tremendous amount of strength to reject the Hollywood glamorous lifestyle to concentrate on the simple pleasures of fatherhood. You’re expected to be the breadwinner of your household, but should you really be blamed if you’re more fond of spending quality time with your children?

The lesson should be about valuing other people’s choices and decision-making. They know what’s best for themselves and their loved ones, so just because you won’t do what they did doesn’t give you the right to criticize them needlessly. Besides, everyone has a distinct purpose driving their actions; they’re fuelled by their unique circumstances. We need to remain cognizant of where they come from and where they’re going because that’s what matters at the end of the day.