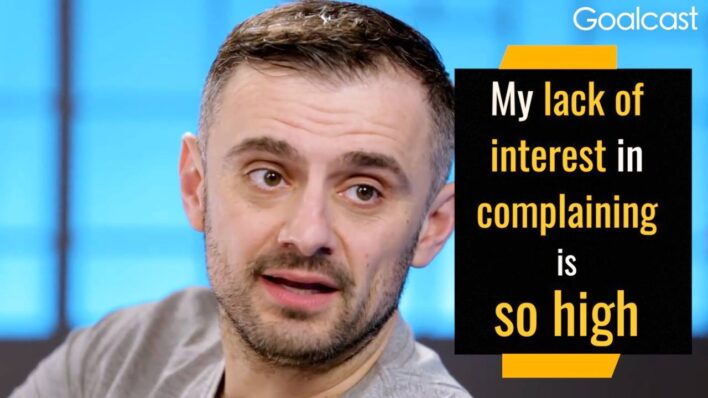 Gary Vaynerchuk: What An Amazing Time To Be Alive

Gary Vaynerchuk – See the Bright Side Gary Vaynerchuk talks about the importance of perspective, and says that the truth
By Goalcast    July 15, 2017

Gary Vaynerchuk – See the Bright Side

Gary Vaynerchuk talks about the importance of perspective, and says that the truth is there’s never been a better time to be alive.

My lack of interest in complaining is so high. And when I watch what people complain about, it breaks my heart, because they completely lack perspective. Think so many people are keyboard activists. Everybody’s good at sending a tweet about how the world should be, and nobody’s doing anything about it. And that is just very much human nature. But let’s not be naïve. People literally complain when somebody gives them the wrong amount of extra cream in a Starbucks six dollar coffee.

And I genuinely believe my happiness and optimism comes from my perspective. It’s just an incredible time, and I think the way people look at the world right now, because it’s such an incredible time, is actually the quickest tell to who they are. If you think it sucks, or that it’s bad, you have losing, pessimistic DNA. And if you think it’s awesome and phenomenal, you have optimistic, winning DNA. And I believe that to be true. The reality is is that it’s just never been better to be a human being. That’s just the truth. That’s just data. That’s reality. Yeah, it’s just a very fun time to be alive. So much going on. If you want to say, “I’m going to climb that, and I’m going to climb bigger,” awesome. Like, “I’m pumped.” Great.