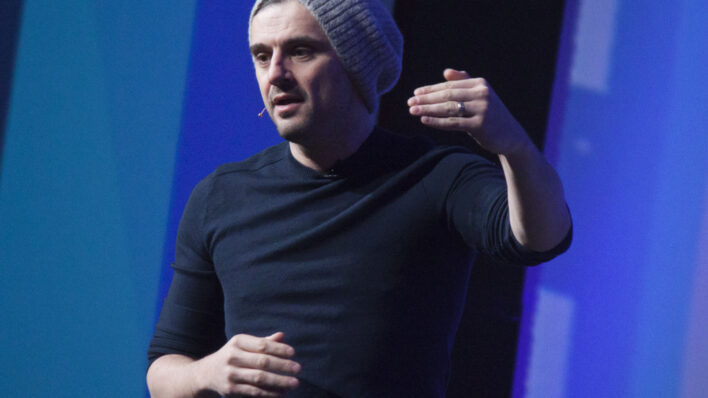 When it comes to life outcomes, Gary Vaynerchuk is not one to blame external forces and events. And when it
By Anouare Abdou    April 6, 2018

When it comes to life outcomes, Gary Vaynerchuk is not one to blame external forces and events. And when it comes to concerns about the potential negative impact of technology on our lives, the digital marketing entrepreneur and self-development powerhouse has the exact same approach.

“I think there is an enormous lack of responsibility. We have an unbelievable inability to take responsibility for our actions and it feels a hell of a lot better to blame technology than it is to blame ourselves for shortcomings and ignorance,” Vaynerchuk told Mashable.

Vaynerchuk, who regularly shares his message of personal accountability with millions of social media followers, raises an interesting point.

. Either you were born with too little or born with too much. That is the conclusion I have made based on the 10’000’s of interactions I’ve had over the last year. – Here is the issue and the opportunity, so many of you who stopped to read this blame something or someone else. That’s super fine and all but the issue is simple, once you learn to blame yourself happiness is around the corner. – The issue with blaming Someone or something is it makes you feel like your not in control and not being in control of your life leads to extreme happiness. Allowing someone to be in control aka your parents are paying for shit because you have too big of an ego to work somewhere basic or too lazy to put in the super hard work to make something for yourself, sucks, but it’s reality. – Blaming where you were born, to whom, who was around you or terrible events all leads to negative shit. – Make this morning the morning you blame yourself for everything whether it’s true or not the mindset will lead to your happiness. – PS: be smart about blame, it’s in the past, who gives a fuck, it’s over, the accountability that you are in control of today and tomorrow is the 🔑

Social media exists as an extension of our physical selves, a space where we can manifest impulses and needs that have always been present in a much faster and bigger capacity. Plus, it’s only natural that it became a prime marketing tool for businesses and brands — showing your product to a target market is not a revolutionary advertising concept by any means.

Things do get way more complicated when we talk about the impact of big data on privacy, as well as Facebook getting in the way of democracy. Consumers can only control so much if they don’t have visibility into the bigger picture and economic forces at play.

But, according to Mashable, the Facebook Cambridge Analytica scandal has only strengthened Vaynerchuk’s opinion. “People are up in arms in this situation without understanding what it actually means. For example, Visa, target and the IRS have had their information breached. Big media companies have used data around us to market to us.”

The entrepreneur also mentioned that if users are concerned about Facebook, they should be equally alarmed about Google. His opinion comes at an interesting time, when prominent tech leaders like Tim Cook and Elon Musk are speaking out against Facebook’s data-handling practices.

One thing is for sure, Gary Vee is never afraid to walk to the beat of his own drum and unapologetically speak his mind.