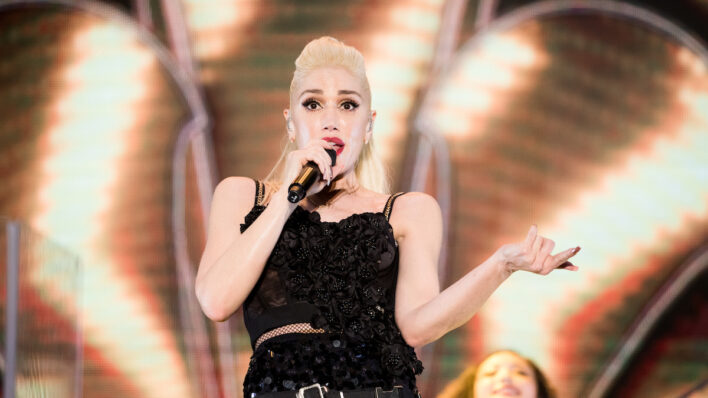 Gwen Stefani reveals her experience with ageism against women in their 50s. The singer has dealt with age shaming since the early 2000s.
By Nicole Garbanzos    October 26, 2021

Gwen Stefani reveals her experience with ageism against women in their 50s. The singer has dealt with age shaming since the early 2000s.

Gwen Stefani was beautiful at 20 and even more at 52. From her eclectic fashion choices to her songs that always make a statement, it’s pretty clear she was never a stickler for the rules. Her time in No Doubt evidently launched her career. She’s won awards, released a clothing line, and has had success as a solo artist as well.

She was music’s punk princess in the 1990s. Each song she released was constantly a hit. She had fans adoring her wherever she went and not much media attention on her age. In recent years, she’s found herself at the center of ageist bullying. Critics have repeatedly speculated plastic surgery on her face and lips. They’ve even told her to end her career due to old age and start acting like a proper 52-year-old woman.

From 2019-2020, Gwen found herself at the center of ageist critics. It was during her performance at the Academy of Country Music Awards and her red-carpet appearance at the Grammy Awards that caused an online backlash. Her critics claimed that plastic surgery was the reason why she looked similar to her No Doubt days. They said she should “stop with the plastic surgery/Botox” on her once beautiful face. They said she looked like a clown and claimed the lack of movement of her face was not natural to see.

“What has Gwen done to her face? And don’t give me that natural aging malarkey bc what’s happening ain’t natural,” said a Twitter critic.

In January 2020, Gwen performed at NBC’s New Year’s Eve Special. Although she gave an impressive performance with no technical glitches, everyone chose to focus on her age. There were tweets that spoke of their distaste towards Gwen’s choice of outfit. They accused her of trying to look like Arianna Grande in reference to her high ponytail and sequined boots. One Twitter user also thought her outfit was inappropriate and implied Gwen to dress more like her age.

Ageism has actually been part of Gwen’s career since the early 2000s. She was only in her 30s when she first experienced prejudice. In 2004, there was an article claiming that her appearance had changed. Media outlets speculated if she had her forehead and eyebrow lifted. In 2009, a tweet expressed how Gwen was “too old to bounce around on stage like she used to,” the Twitter user also said that he “prayed for a broken ankle” to “end his suffering.”

In a recent interview with Hello Magazine, Gwen admitted that she still worries about what people think of her. Before she went back to the music scene after a lengthy hiatus, she knew people would think of her as a “relic.”

Since the release of her new songs “Let Me Reintroduce Myself” and “Slow Clap” featuring rapper Saweetie, the ageism she anticipated came true. Comments under her videos mocked her appearance by saying she was a vampire. Also, a number of tweets have shamed Gwen and Saweetie for filming a music video at a high school. They said it was weird to see older women inside a school gym.

Gwen is at peace with her age, no matter what hate may come her way

Although Gwen may continue to face ageism, she holds a content view on aging. As she’s gotten older, Gwen has learned to look at aging as a way of gaining, not losing. In an interview with The New York Times, she explains how her spirituality has taught her to empathize with her critics on their own fear of aging. She also adds why we don’t have to be afraid of life’s inevitabilities either.

“It’s a natural thing to think about, your evolution… in nature you see it all the time. We’re just born to die. You can think of it like it’s a tragedy… but you’re finding what is the truth, what is important,” said Gwen.

Gwen Stefani’s critics highlight the recurring discrimination against an aging woman. However, her resilience and persistence in doing just exactly what she wants teach us how to embrace our age in a world that views old age negatively – especially in women. She lets us see the true beauty of getting older, and why we shouldn’t fear it but look forward to it.