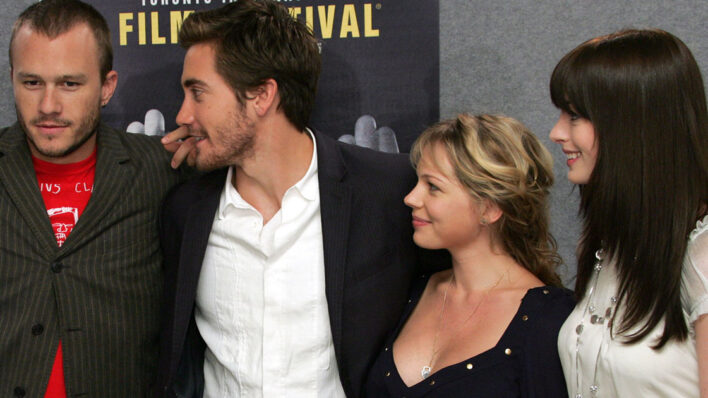 Heath Ledger’s most lasting legacy may seem to be his Oscar-winning performance as Joker in The Dark Knight, but he’s given the world so much more.
By Emily Manuel    November 16, 2019

Heath Ledger’s most lasting legacy may seem to be his Oscar-winning performance as Joker in The Dark Knight, but he’s given the world so much more.

Heath Ledger — the Australian actor who starred in 10 Things I Hate About You, A Knight’s Tale, Brokeback Mountain, I’m Not There, and finally The Imaginarium of Doctor Parnassus — is most widely remembered for two things: his untimely death at the young age of 28 and his Oscar-winning role as the Joker in The Dark Knight.

With Joaquin Phoenix’s remarkable performance in Joker, much has been made of comparing the two actors, trying to determine which is the greatest embodiment of the character. Both actors are lauded for elevating the comic book movie genre to a level of high art.

But as undeniably remarkable as Heath’s performance as the Joker was, the obsession with that character overshadows the much deeper, more lasting impact he left on the world.

Beneath the face paint and the unsettling laughter lay a complex performer uninterested in celebrity, a new father, and creative jack-of-all-trades.

If Joker isn’t Heath Ledger’s real legacy, what is?

His greatest passion was his family

Heath’s most tangible legacy is, of course, his daughter Matilda. Born in 2005, she was three years old when Heath died.

By all accounts, fatherhood came naturally to Heath, who described Matilda as “beautifully observant and wise. Michelle and I love her so much.” He told In Touch, “Becoming a father exceeds all my expectations. It’s the most remarkable experience I’ve ever had– it’s marvelous.”

Four weeks after her birth, Heath was relishing the active role he was playing assisting new mom Michelle in carrying for their daughter.

“It’s exhausting, but it’s a pleasure waking up to your daughter.” He told The Sun Times. Being a father was his number one priority: “My duties in life are that I wake up, cook breakfast, clean the dishes, prepare lunch, clean those dishes, go to the market, get fresh produce, cook dinner, clean those dishes and then sleep if I can.”

Raised by her mother Michelle, Matilda is now a teenager, but has been carefully kept away from the spotlight as both of her famously private parents would have intended.

But Michelle has a constant reminder of Heath in their daughter, who keeps their love very much alive: “I always say to Matilda, ‘Your dad loved me before anybody thought I was talented, or pretty, or had nice clothes.'”

Becoming a father didn’t just enrich Heath’s personal life— it pushed him further creatively as well. “So fatherhood has changed me as an artist because I feel things on a deeper level,” he said in The Sun Times. “I think my performances will grow simultaneously.”

He wasn’t wrong. The Academy Award he won posthumously for his most widely beloved role, Joker in The Dark Knight, belongs to Matilda.

Whatever Matilda chooses to do with her life, she has the inspiration of two talented parents who fearlessly pursued their creative passions.

Having a child changes every aspect of your life — for the better, of course. The sacrifices are large, but what you get in return is even bigger than the sacrifices you make. I feel, in a sense, ready to die because you are living on in your child. Not literally, not ready to die — but you know, that sort of feeling in a profound way.

He didn’t limit himself to acting

Closely linked with Heath’s passion for acting was his love of music and his desire to be a director in his own right.

He even reached out to his friend, musician Ben Harper, to compose a lullaby for Matilda. The song “Happy Ever After in Your Eyes” is a moving tribute to the love he felt for his daughter.

Heath directed a music video for Harper in turn, as well as videos for several other artists. He’d spoken of his desire to direct a documentary about musician Nick Drake and to adapt 1984 by George Orwell, and planned to open a record label with Harper as well.

His impact on other musicians can be keenly felt in the songs dedicated to him in the wake of his death, including “Vlad the Impaler” by Kasabian and “Perth” by Bon Iver.

But his most striking creative legacy outside of his acting must be the Australians in Film Heath Ledger Scholarship, funded after his death and presented by his family to 10 young actors, including Cody Fern (American Horror Story, The Assassination of Gianni Versace) and Bella Heathcote (The Neon Demon, Strange Angel).

I’m not supernatural. I’ve done nothing extremely special to deserve the position. It happens every couple of years, and it’s happened to hundreds of people before me.

He led Jake Gyllenhaal by example

Of course, we can’t talk about Heath’s impact on young actors without singling out one performer in particular: his Brokeback Mountain co-star Jake Gyllenhaal.

First hitting it off after their mutual failures at Moulin Rouge auditions, Jake says that his desire to work with his friend was a big factor in signing on to Brokeback Mountain: “To me, Heath was always somebody I admired in a way. He was way beyond his years as a human… I wasn’t really quite sure where we came from.”

Their performances and chemistry in Brokeback Mountain earned both actors their first Oscar nominations, and Jake won his first major acting award for his role as Jack Twist.

Jake had been acting since childhood but credits his experience working with Heath on Brokeback Mountain as the turning point in his art and career.

“I look at the choices Heath was making at that time and he was years, years beyond me,” Jake recalled. “Incredible acting choices about craft that I didn’t understand yet… And now they are all things that are part of my process and how I process character.”

When Heath died in 2008, Jake was understandably devastated. He didn’t make a movie until the following year.

As he mourned Heath, Jake told People he came to a realization, “This is fleeting. None of the sort of attention or sort of synthesized success of a film matters really matters at all. What matters is the relationships you make when you make a film and the people you learn from when you’re preparing for a film. That changed a lot for me.”

The care and creative freedom with which Jake has approached his roles him films like Zodiac, Prisoners, Nightcrawler, and Nocturnal Animals speaks to the lasting impact Heath had on his friend.

As he told NPR, “I know that not only can this career end in a very short period of time… but also that life is precious. And I think losing Heath — and being a part of a family that was something like that movie we all made together — makes you see that, makes you appreciate that and hopefully moves you away from the things that really don’t matter to the things that do.”

I try not to think about the outcome. If you look that far ahead, it sort of taints your choices as an actor.

Heath Ledger to The Daily Telegraph (2007)

What will your legacy be?

Like so many lives, Heath’s cannot be boiled down to a single moment of greatness. Instead, the positive impact he had on the world was continually reinforced by his integrity, creative passion, and determination to challenge himself.

Whether in a big-budget comic book movie or a home movie no one saw til years after his death, Heath found ways to push himself further. He refused to repeat himself creatively and embraced new experiences full-heartedly

It’s true; not everyone can be the Joker– but everyone can impact the world like Heath Ledger did by fearlessly pushing themselves forward and loving wholeheartedly.