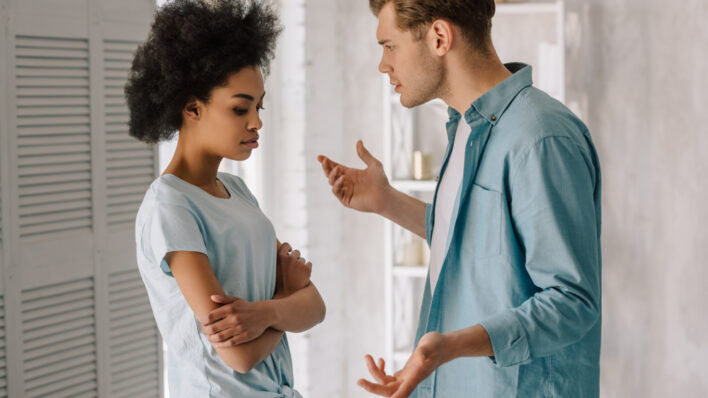 Whether it’s a disagreement over how to complete a project in the office, a fight with your spouse about house
By Matt Valentine    January 4, 2019

Whether it’s a disagreement over how to complete a project in the office, a fight with your spouse about house

Whether it’s a disagreement over how to complete a project in the office, a fight with your spouse about house duties, or a clash with a friend over a scheduling conflict, drama follows all of us like nobody’s business.

But not all of us are affected by drama in the same way. How you deal with that drama makes a big difference and the most successful, efficient people know this.

It’s easy to say, “don’t let the drama get to you!” or, “just let it go!” but those are mostly just empty words. I know how much you hate hearing people tell you this.

Don’t waste time on what’s not important. Don’t get sucked into the drama. Get on with it: don’t dwell on the past. Be a big person; be generous of spirit; be the person you’d admire.

From reacting to responding

The way many live their lives is by a chain of emotional reactions to events and stimuli. Something happens and we react almost automatically to it based on a variety of factors.

The most important thing to understand is that it’s an automatic emotional response. We have very little say in matters when we allow our emotions to have their way.

Instead, you have to practice creating space between yourself and what happens to you. If you let yourself lash out with anger in a workplace argument that will likely lead to more conflict and a hit to your productivity and the productivity of those around you.

However, if you refrain from responding immediately and wait a bit, you can create enough space to gain a clear head and rein in your emotions in connection with the event. With a little time and space your anger cools, frustration simmers, and confusion becomes clarity.

Successful people know that there is power in being present and acting intentionally.

They’re able to avoid drama because they don’t engage fire with fire. They see fire, step back, consider how to most effectively respond, and move forward with what they believe is the best course of action.

It doesn’t mean you can avoid every conflict, argument, or drama of any kind but it does mean that by doing so you’re far more effective, thereby reducing problems and making yourself more consistent as a whole.

“When people who are struggling with being too reactive recognize the damage it can do and start to deliberately formulate thoughtful responses, rather than impulsive reactions, their interactions begin to reflect a higher degree of emotional competency…As a result, they live with much less regret and lessen the need to repair the damage to their relationships with others,” says psychotherapist Richard B. Joelson.

So do yourself a favor and the next time an argument or drama of any kind is threatening to boil over, whether it’s in the workplace or at home, take a step back and create some space. Take command of the situation as opposed to allowing yourself to be swept up by the emotional torrent.