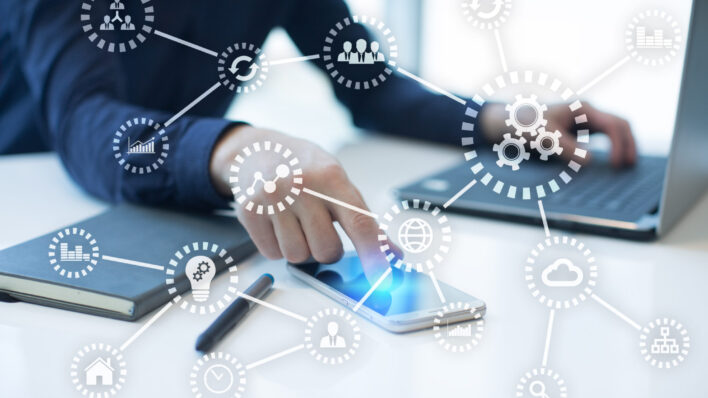 How the Internet has Changed Entrepreneurship Forever

Throughout the history of civilization there were always entrepreneurs, business owners, and overall intrepid individuals.  These people worked situations to
By Goalcast    October 20, 2017

Throughout the history of civilization there were always entrepreneurs, business owners, and overall intrepid individuals.  These people worked situations to their advantage, brought innovation and invention to the marketplace, and saw opportunity where others didn’t.

Back then, entrepreneurship was hard. And it’s still hard, especially when working on new innovations that come with lots of risk and high rates of failure.  What’s changed with the advent of the Internet some 25+ years ago was the ease with which one could escape the wage work situations of their day jobs.  Simply put, it removed virtually all obstacles to the creation of an enterprise. How exactly did it do this?  Let’s look at the shift in dynamic that made the Internet such a fruitful place for enterprises of all types, how they differ from “old school” businesses, and how you can leverage it for your future successes.

Removal of the Gatekeepers and Barriers of Entry

How business titans stay in power is by controlling the flow of customers, and controlling access to the resources and the marketplace.  Before the Internet, the marketplace was pretty much always a physical thing.  In order to get access to customers, you needed access to literal real estate (like a storefont).  This increased the barrier of entry for doing any type of business.

Listed below are some common barriers of entry to business that the Internet has managed to circumvent:

Capital – Needing high capital to create a business environment.  The Internet has lowered the cost of many businesses to simply hosting and domain fees.

Zoning – Real estate zoning can place barriers on where to build a business, but there are no such regulations on the Internet.

Control of resources – When a single firm has control of a resource that an industry needs. In this case, resources on the Internet are usually free or no cost (it could be argued, however, that Google controls the most important resource of all, the traffic).

Advertising – When large players spend so much on advertising it makes it impossible for little players to compete. We can circumvent this by leveraging organic SEO/non-paid traffic.

Restrictive Agreements – Examples of this include Airline agreements that make it difficult for new players to get landing strips at airports. Similar to our real estate analogy, there is no physical limit on the number of players on the Internet.

Once you had achieved access to resources and a marketplace, the next logical step is to expand.  This meant hiring employees, building new locations, etc.  As anyone running a brick and mortar business can tell you, this process is tiresome and expensive.  This obviously still exists today (even small businesses need to hire people, and most people have day jobs for many years), but many aspects have changed thanks to the power of the computer. Computer automation allows many menial tasks to be delegated to a machine instead of a computer.  And of course, this is only the beginning.  As artificial intelligence continues to advance, more and more tasks will be handled by machines.

Some simple examples of automation:

In some respects, everything that happens on the Internet is automated (considering the billions of calculations that computers have to perform even for apparently simple tasks).

That leads to our final category, the capability for truly passive income…

Letting the System Work for You

I had a realization once while traveling in upstate New York.  As I looked over the wheat fields and corn fields I thought to myself: A farm is passive income.

This sounds ridiculous when you consider the work that goes into farming, but look at it this way:

This is just like an internet business, accept you can replace the plants with your web properties, the farm prep with proper internet marketing best practices, and the sun for the marketplace and traffic sources (for most it’s SEO or Facebook Ads).

Set it all up correctly, and you can let the system work for you.  Furthermore, because of the automation power of computers, you don’t even need to hire farm hands, rent a tractor or even get your hands dirty.

Even in the short time since the rise of the Internet it’s been obvious the impact it has had on daily life.  However it’s most insightful to look at just exactly how it has changed business and entrepreneurship.  While the titans still rise to the top, like Amazon or Google, it is truly a more egalitarian landscape than ever before.  Storefronts now cost $12 (a domain name), information is free, and the Internet is so big that the market is wide open for innumerable opportunities.

Take advantage of it!