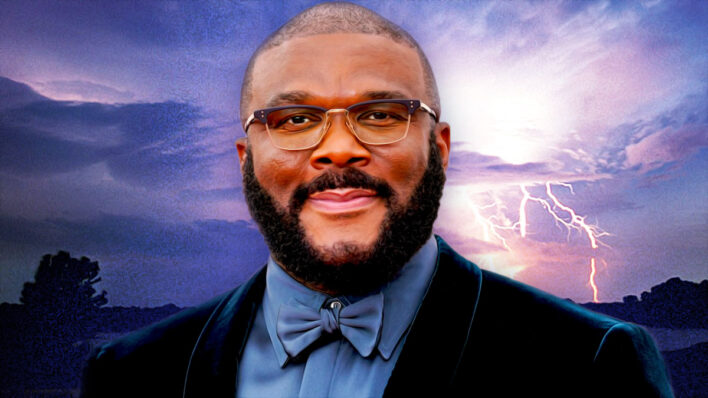 As a director, actor, producer and writer, Tyler Perry has become one of Hollywood’s A-listers. But in order to get to where he is now, Perry had to overcome a scarring and abusive childhood.
By Flavia Medrut    March 18, 2022

As a director, actor, producer and writer, Tyler Perry has become one of Hollywood’s A-listers. But in order to get to where he is now, Perry had to overcome a scarring and abusive childhood.

Warning: The following story deals with suicidal thoughts and tendencies, as well as true accounts of physical and sexual abuse.

Tyler Perry is the definition of a self-made man; his work and net worth are proof of that. He knew that he was born to be a star, so he set a goal and worked tirelessly to achieve it. Even when people around him disapproved of his actions and when all the odds seemed to be against him, Perry continued to work on his dream until it became a reality.

Whether he’s playing a character on screen or behind the camera, the star brings uniqueness and talent to the table. Mostly known for his character Madea – a strong, black woman with some anger issues, but wisdom – Perry has also made it big with shows like House of Payne, If Loving You Is Wrong and Daddy’s Little Girls.

While his sense of humor may not be to everyone’s taste, his mark on the comedy landscape (and not only) is indisputable, and the media mogul’s adult life is filled with personal and professional achievements. However, his early years were filled with anger and bitterness… for good reason.

Born and raised in New Orleans, Perry’s childhood was marked by financial difficulties and abuse. He’s talked about those bitter memories for years, but in 2019, he decided to reveal in-depth details of what he went through as a child and adolescent.

With an alcoholic and abusive father (Emmitt Perry, Sr.), Tyler never felt safe, whether he was inside or away from his home. He never had the courage to say anything, good or bad, because everything seemed to trigger his dad into beating him or his mother.

In an attempt to escape from her violent husband, his mother grabbed her children and ran away from home. Unfortunately, she used Emmitt’s car, which he subsequently reported as stolen. The police were able to locate the car and Emmitt brought his family back, much to their fear. While his uncle was driving, Tyler remembers how he and his sisters had to watch his mother being brutally beaten all the way home.

To endure the horrendous abuse at the hands of his father, Perry used his imagination to escape.

Tyler Perry’s Father Was So Violent, He Considered Suicide

Scientific studies show that suicidal ideation is prevalent among abused children, and unfortunately, Tyler Perry wasn’t an exception. Living in fear and constantly wondering what would set his father off next made him consider suicide more than once.

Luckily, the love he had for his mother and his faith got him through the dark moments. It took him a while, but he realized what he was going through was horrible, but didn’t define him. Most of all, he realized that his life was dictated by triggers and decided to break away from them by having faith that things would eventually get better.

If I had not had that faith in my life, I don’t know where I would be right now.

For many years, Tyler tried to bury his past. He managed to repress some awful memories until he watched the Oscar-winning film Precious (which he produced). In the movie, the 16 year old character is sexually abused on a regular basis by her own father.

A large part of my childhood had just played out before my eyes.

In an interview with Oprah, Perry revealed that he suffered severe sexual abuse on a number of occasions. He says that he was about six years old, when he was first molested by a man who was entrusted with childcare around the neighborhood. He later endured sexual abuse at the hands of a male nurse and from another man he knew from church. As if this wasn’t already enough, at the age of 10, Tyler was “seduced” by a friend’s mother.

When you suffer such levels of abuse as a child, it becomes impossible to trust anyone around you. Who will believe you and who will help you if you dare to say anything? Because of these questions and because he didn’t want to see his mother suffer even more, Tyler hasn’t spoken about being sexually abused until his mother passed away in 2009.

For his own sake, Tyler decided to forgive his father. It was not an easy task, but it was something he had to do in order to let go of his painful past. He had to do it so he could set an extraordinary example for his son, but also to be able to enjoy the beautiful moments his present has to offer.

While he still takes care of his dad — putting him up in a beautiful mansion and sending him a check every month — Perry doesn’t want to have any relationship with the man that ruined his childhood. There’s no need to relive all that fear whenever he’s around.

Even if his son still provides for him, Emmitt Perry seems to have no remorse for abusing him. After Tyler posted an emotional message for his fans where he revealed parts of his dark past and talked about the power of forgiveness, he expected a phone call from his father. Instead, he only got one message that said: “If I had beat your ass one more time, you probably would have been Barack Obama.”

Tyler Perry and the Letters That Turned into a Play

Oprah was more than an inspiration for young Perry. After watching one of her shows, he began writing down his thoughts and emotions as a way of venting. Who would’ve thought that those letter will further inspire Tyler to write his first play — I Know I’ve Been Changed (1992)?

For six years the play had no success as only a few people would attend it, most of whom Tyler knew. He’s put all his hope and every last dollar into something that seemed unattainable, but his luck was about to change. In 1998 the play sold out a local run and the production moved to the Fox Theatre in Atlanta.

Things started to fall into place and the young producer began to climb the ladder of success. In 2011, due to his ambition, hard work and perseverance, Perry was declared the highest-paid man in entertainment (according to Forbes Magazine).

Forgiving someone who has cause you trauma is one of the most challenging things you’ll do in this life. How can you forgive someone who’s made you entire life miserable, ruined your self-esteem and continues to have influence over your emotions?

The main reason people forgive others is because it provides them closure and helps them move on. It makes them realize that their dark past doesn’t define them and helps them let go of their fear and anger to become even better individuals.

So find something that anchors you in the present, hold on to it, and give yourself time to heal. Your past won’t change, but at least it will stop echoing in your present so that, like Tyler Perry, you can focus on making your best possible future.