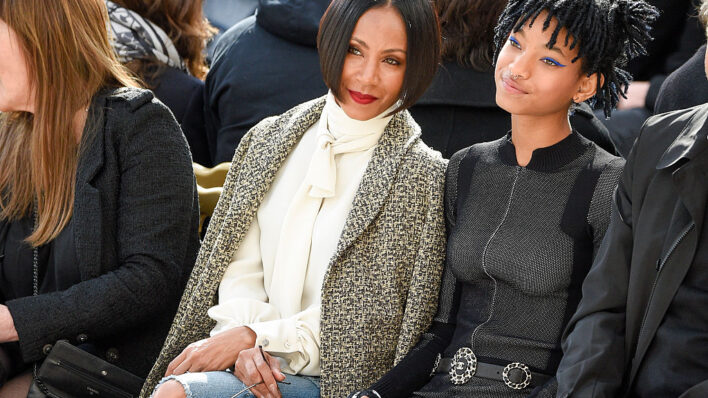 Jada Pinkett Smith Has Heartfelt Talk with Her Children, Blows Us Away with Her Parenting Approach

In the Red Table Talk Facebook Watch show, Jada Pinkett Smith and her children Jaden and Willow, along with her mother Adrienne
By Aly Walansky    June 15, 2018

In the Red Table Talk Facebook Watch show, Jada Pinkett Smith and her children Jaden and Willow, along with her mother Adrienne Banfield-Norris, share their extremely personal experiences and thoughts on big issues.

Pinkett recently spoke about believing in her kids, knowing they will make the best decisions, and raising them to be independent.

This particular episode discusses the ups and downs of parenting, and the difference between how Jada was raised by her own mom, and how Jada and Will raise their own kids. For example, Jada’s mother Adrienne points out that Jada’s kids have had “too much say in their own lives.”

When Jada was growing up and asked why she was told to do something, her mom would say “because I said so!” but Jada’s parenting style is all about allowing her kids to make their own decisions.

“I don’t want to make decisions for you,” Jada says. “I want to prepare you to have power over your own life.” Adrienne agrees that she had a sense of “ownership” over Jada that Jada does not have over her own kids.

How it impacted Jaden and Willow

Willow agrees that too much coddling can harm a child’s ability to live on their own and make their own decisions. Jada has less access to some areas her kids’ lives, and this helps them to know how to live their lives as their own.

“The sooner I let him go, the faster he was going to come back.” Jada says of Jaden, and allowing him his independence to make his own decisions and live his life on his own.

It was that independence to make their own decisions that gave the Smith children the confidence to lead their life on their own at early ages.

“What motivates you and what you think is important is completely different than what was in my engine,” Jada says to her kids, explaining why this freedom was important, because they are their own people with their own needs, and she needed to let them discover what those needs are on their own.

Looking for a fun resource for you and your children? Check out our article on the wisdom of Winnie the Pooh.