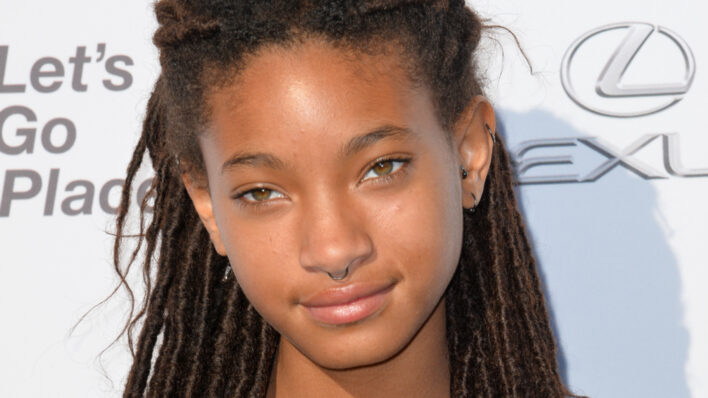 Trigger warning: This article contains topics of self-harm and depression.  Music star Willow Smith may have taken the internet and
By Eliza Theiss    May 15, 2018

Trigger warning: This article contains topics of self-harm and depression.

Music star Willow Smith may have taken the internet and entertainment world by storm with her 2010 Whip My Hair hit at only nine years old, but the success cost her dearly.

Her mental health declined severely, and the period following her retreat from the spotlight took her into a very dark place, to the point where she start harming herself.

In a powerful demonstration of vulnerability, Willow revealed the heartbreaking secret to the world and mom Jada Pinkett Smith for the first time ever on Red Table Talk, the Facebook Watch exclusive show hosted by Jada, her mother Adrienne and Willow.

The show, which discusses universally relatable topics from an intergenerational perspective, approached the topic of loss in the episode. After Jada opened up about how much Tupac’s death still affects her to this day, she asked Willow what her biggest loss so far in life has been.

“I honestly feel like I lost my sanity at one point,” Willow said, explaining how she questioned her own identity, perspectives and outlook in life after deciding to pull back from the music world. “I was just plunged into this black hole and I was like cutting myself, and doing crazy things” Willow bravely opened up, to a shocked Jada and Adrienne.

Nobody knew the extent of her pain.

“What? Really? When were you cutting yourself? I didn’t see that part,” said a visibly tearful Jada. Shocked that she didn’t know, she questioned her daughter to find out whether anyone else in the family was aware. No one knew, as Willow hid it well, telling only one friend about it up until now.

“Totally lost my sanity for a moment there,” she said. “I never talk about it, because it was such a short, weird point in my life, but you have… you have to pull yourself out of it.”

Willow went on to talk about how a lot of teenage girls struggle with depression and self-harm, and that her struggle was by far not an isolated case. She does not believe this is a new affliction, just that there is more openness and awareness nowadays about the issue. Watch the brave discussion it its entirety below:

Editor’s Note: Struggling and feeling hopeless? You are not alone. Please call the National Suicide Prevention Lifeline at 1-800-273-TALK (8255).