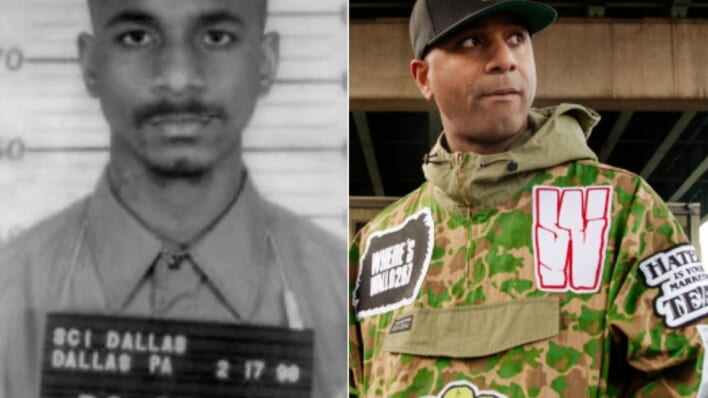 A teenage prisoner kept his mind free by reading and learning for two decades behind bars. Now, Wallace Peeples is a business mogul, podcaster, and social media influencer who uses his platform to empower others.
By Ty Jay    October 2, 2022

A teenage prisoner kept his mind free by reading and learning for two decades behind bars. Now, Wallace Peeples is a business mogul, podcaster, and social media influencer who uses his platform to empower others.

In the 1990s, 17-year-old Wallace Peeples was sentenced to prison for armed robbery. During two decades behind bars, Peeples kept a remarkably positive mindset and refused to let being on the inside affect his outlook on life.

After being incarcerated by the State of Pennsylvania, Peeples (aka “wallo267”) became an avid book reader and devoured his time to continue learning.

Even though time stands still inside prison, Peeples was determined not to let his lengthy sentence break him. When new inmates came into the prison, Peeples would question them to gain insight into what life was like on the outside.

He collected outside information into a notebook which he called, “The Book of Life.” Now, 20 years after his imprisonment, interviews with fellow inmates can be found on YouTube and Instagram.

After serving 20 long years at the Pennsylvania Department of Corrections, Peeples did more than just turn his life around — he’s doing it for others as well.

In 2007, Peeples returned home after 20 years behind bars. Instead of being bitter, the ex-convict opted to pursue a plan of vengeance and make something of himself, specifically to change his family’s plight of generational incarceration.

Besides YouTube and Instagram, the Philadelphia native is an avid motivational speaker through his “Million $ Worth of Game” podcast — which he hosts with his cousin Gillie Da Kid. The podcast, which has over 750,000 followers on Instagram, has interviewed high-profile guests such as Dave Chappelle, Mike Tyson, Snoop Dogg, and many others.

The “Million $ Worth of Game” podcast spent more than 16 weeks at number one on Apple’s music podcast charts. What’s more, Peeples and Gillie signed a lucrative multi-year deal with digital media company Barstool Sports, hosting their own show on the popular network.

According to Peeples website, the ex-convict caught “lightning in a bottle” after his sentence and crafts “powerful viral content” to inspire people across the world to step into their greatness and “discover their purpose.”

“Wallo267” gets over seven million social media impressions weekly and his online followers have become evangelists of sorts, sharing his high-energy videos of inspiration, humour, and hard-earned lessons across the internet — all of which consist of Peeples signature and unflinching flair, honesty, and humour.

How the Ex-Convict Turned his Misfortunes into Social Media Clout

Upon his release from prison, Peeples used a few hundred dollars to buy tee shirts, which he sold hand-to-hand on the streets of North Philadelphia while simultaneously building a social media following and sharing daily motivation and inspirational videos.

In less than three years after his release, Peeples leveraged his social media brand into partnerships with the NFL Network, Global Citizen, Puma, Foot Locker, and Philly Union. He’s also given lectures at Penn State University, the University of Maryland, St. John’s University, Yale University, and his own Ted Talks.

RELATED: Sunny Jacobs: The Woman Who Found Her Purpose In Prison

Since his incarceration, Peeples has established himself as a renowned role model for the youth and the community. He’s a shining example of how being honest can build opportunity, and prevent others from making the same mistakes.