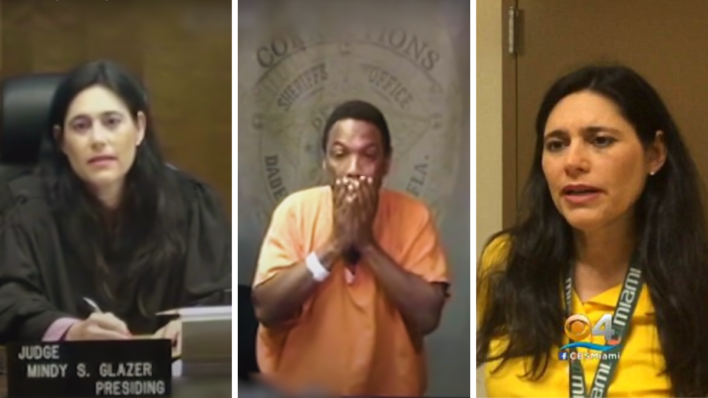 In 2015, a chance courtroom encounter helped one man to finally turn things around.
By Amber Dowling    September 15, 2022

In 2015, a chance courtroom encounter helped one man to finally turn things around.

They say people can come into your life for a reason. No one believes that more than Arthur Booth, a man whose chance courtroom encounter with a former classmate forever changed his life.

In 2015, Miami judge Mindy Glazer and defendant Arthur Booth made headlines. Glazer had recognized Booth from their time together in middle school. She remembered him as a promising young kid who was great at math and science and had big goals of becoming a neurosurgeon.

However, when Booth was 17 years old, he got into gambling, which led to debt and depression. That led to addiction problems. By the time Booth walked into Judge Glazer’s courtroom, he had already served time in prison and faced theft charges.

He was the best student, and I admired him. Now I look at him, and I don’t understand how that could have happened.

How a Suspect Transformed His Life After Prison

Booth broke down in tears and could barely look at the judge, admitting his embarrassment. Luckily, Glazer knew he had potential — he just needed to learn how to make better decisions for himself.

Glazer set bail at $43,000 or offered him one year in jail. “I really hope you can turn your life around,” she said. “It really hurts me to see you here. I have the best memories of you. Just think about what I told you. It’s up to you to change things.”

Ten months later, Booth was released from prison for good behavior. He had spent the last several months reading and learning about business, and he wasn’t about to give up his shot at turning his life around.

He also couldn’t wait to thank Glazer for her motivating words.

“She’s an inspiration and a motivation to me right now. Mindy is incredible,” Booth later told CBS News. “Cause I know where I could’ve been, but I’m not giving up on life. It’s just a new lease on life for me right now.”

When Booth left prison that day, he promised himself and Glazer he wouldn’t be back. He was ready to make better decisions for himself and to honor the little boy Glazer so fondly remembered.

RELATED: ‘Nicest Judge in the World’ Makes Man Break Down in Tears after Revealing Their Secret Connection

It wasn’t easy, but Booth started all over again. He got help and treatment for his addictions and has stayed away from gambling. These days, he is the successful manager of a pharmaceutical company. He travels and lives in his own house. And he’s still in touch with Glazer.

“Her words changed my whole life,” he said.

How One Man Proved It Is Never Too Late to Change

If there’s one takeaway from this story, it’s that in life, it’s never too late to change. We are all a product of our choices, and while no one can ever control everything in life, we can handle how we react to certain situations.

Sometimes that means learning how to make healthier decisions for our bodies and minds. Other times it could mean taking a leap rather than staying in your comfort zone and being resistant to change. Or perhaps it simply means accepting that some things are beyond our control and rolling with the punches in a better way.

No matter what kind of change you may be contemplating in life, Booth is an inspiration to us all. Sure, he needed to hear it from someone who believed in him, but at the end of the day, he took responsibility for his own life and turned it around for the better. And if he can do it, so can we.