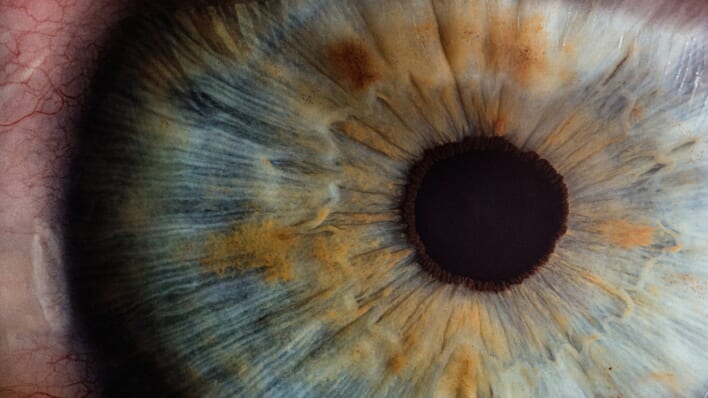 What you want likely differs from what others want; it may differ from what
your future self wants as well.
By Steven John    June 12, 2022

What you want likely differs from what others want; it may differ from what
your future self wants as well.

When you were a child, say age eight or nine or so, what was your future dream job? Was it to be an astronaut or a famous movie star or an adventurous archeologist? Or was it to hold the satisfying and stable job you may have today? Why couldn’t your childhood self figure out that your adult self wouldn’t opt for the fame or adventure? Because that youngster was falling victim to the projection bias.

In simplest terms, the projection bias is when we project our own beliefs onto another person (or group of people) and in so doing we operate as though others share the same goals, ideas, and sentiments we have. And yes, that “other” can be our future selves. Which is why the goals and dreams you had as a kid may look very different from the aims you have today. But just so can an adult experience the projection bias, whether he or she is projecting onto other people or onto themselves in the future.

You can think of it as forecasting error, though in this case it’s not a meteorologist making a bad call about a rain storm, it’s you improperly appreciating the wants, needs, and hopes of another party or of yourself in the future.

In order to understand first how the projection bias occurs in relation to oneself now and in the future, let’s first look at why goals change.

What Causes Our Goals and Aspirations to Change?

The human brain is not fully matured and developed until almost age 30, so it’s entirely understandable that many of the things we hold as important and aspirational as children and even well into our teen years (and beyond, in some cases) are simply not logical goals. The simple act of growing up and maturing can cause many people to see their goals in life change. So too can the experiences we have in life cause our goals to shift. Everything from an education to a relationship to work experience to one’s environs can lead to the development of new life goals and the changing or dropping of aspirations once held.

In short, as our experience grows and our needs change based on circumstance, so too will our goals and aspirations change. What seems of the utmost importance to you in this moment may not be all that important to you later.

And then of course there is one of the least often thought of yet most common reasons many people find a long-held goal no longer relevant: they meet their goal. When you were younger and just starting to work after school, maybe you could think of nothing more amazing than buying a first new car. And then one day you had saved the money to do it. When you were a bit older, perhaps owning a home you loved was your loftiest aspiration, and then after a few years of diligent work, lo and behold, you secured a mortgage and bought a house.

So now what? New goals, of course, and this time goals with a bit more plasticity informing them.

Common Examples of the Projection Bias

The two most common examples of how the projection bias affects us as individuals are buyer’s remorse and the common phrase “your eyes are bigger than your stomach.” If you have ever coveted an item only to later regret its purchase, it was projection bias that misled you into thinking you’d be content with the item (or service or property) later.

As for the eyes/stomach of it all, that’s an even easier one to grasp, and we have all been there. The disconnect is often referred to as an “empathy gap,” meaning a failure to connect our current state to the potential state we’ll inhabit later. (A more insidious example can be thinking you’ll be able to limit yourself to just one drink, that you won’t develop a tobacco addiction, or that you can roll the proverbial dice on some other all-too-common source of personal peril.)

In terms of the projection bias affecting others, a common and generally harmless example is buying a gift for someone you think they’ll love while failing to realize you’re really thinking of what you like, not about the other party’s preferences. The thing is, the effects of your projection bias are not always so harmless.

How the Projection Bias Can Cause Problems Between You and Others

Be it a failure to connect to the thinking of work colleagues, of a friend or family member, or of a romantic partner, the projection bias can cause serious professional and interpersonal issues. In this capacity, the projection bias is often known as a “false-consensus bias” wherein we incorrectly believe others feel much as we do and want the same things.

Operating under a false-consensus bias can lead to poor professional choices such as developing a product or service that does not resonate with customers, in implementing new protocols at work that alienate others on the staff, or in more extreme cases can even ruining partnerships or relationships with other people, and in some cases people who are very important to you. When your actions affect other people because you failed to appreciate their beliefs, needs, and feelings, the outcomes can be severe, in other words.

Overcome the projection bias and your future self will thank you

Basic, practical examples of avoiding the projection bias for yourself include things like not shopping for groceries when you are hungry, therefore avoiding impulse purchases of foods you don’t really need (or that are satisfying but unhealthy), delaying a purchase by a fixed amount of time to make sure you really want the thing, not just desire it at that moment, and conducting thought experiments about the potential outcomes of an action, both good and bad, before committing to it.

In terms of avoiding problems caused by projection bias with other people, the simplest and best thing you can do is just to ask. Don’t assume you understand the goals, wants, and needs of other people, ask them directly what they want or how they feel. If it turns out you were on the same page all the time, then that’s great. And if you were on different pages, you can get reset by checking in.

Whether you save yourself from making a choice you will regret in the future or you maintain or even improve the quality of relationships with other people, by avoiding and overcoming projection bias, you will do yourself a great service.