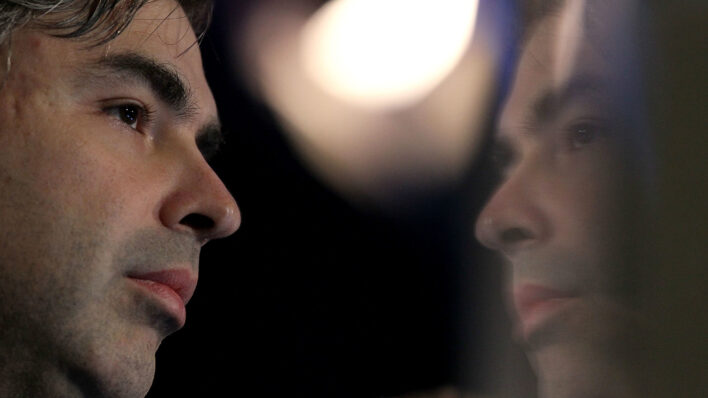 As a digital nomad and journalist, I travel the world while logging around 70 articles a month. To effectively manage
By Lindsay Tigar    October 26, 2018 To become the 12th richest person in the world you have to be doing something right.

Known as one-half of the two-founder empire that is Google, Larry Page’s success and conviction in what would become the planet’s search engine set him apart from day one. Believe it or not, Page removed himself as CEO of this billion-dollar company in 2001 and stepped in to lead the technological company making waves across multiple industries, Alphabet.

Even though he isn’t at the helm of Google, he continues to shape the world-wide-web and beyond, with an estimated net worth of $53 billion dollars. While he spent a decade in the public eye, he’s stepped away from the limelight, remaining mum about many of his daily habits and rituals. In the few interviews he has given and the advice he’s shared, we have a microscopic look into this entrepreneur’s life and philosophies. Here, a few worth mentioning:

He followed his dreams.

Ever been given the advice to do what you love and you’ll never work a day in your life? It isn’t inaccurate—but it is rare to actually achieve a rewarding and financially stable career from a passion. Such is the case of Larry Page, who grew up immersing himself deeply into gadgets, magazines, technology and beyond. This partly could be credited to his parents, both of which were computer science and artificial intelligence programming professors who nurtured his budding interest. In fact, Page once shared at the age of 12, he knew he would eventually start a company. Fast forward to 13 years later and while working from a garage in Silicon Valley alongside co-founder Sergey Brin, ‘BackRub’ was born. It would eventually become ‘the Google Search Engine’, and further down the road, just Google—offering endless features, services and research to the masses. Though it is an undeniable fact Page is wildly intelligent, science says those who wholeheartedly pursue what ignite them not only find more success, but happiness and a sense of purpose, too.

…and he follows his gut.

Many people have a tendency to doubt their initial reactions to questions, ideas or opportunities. Though knee-jerk choices can sometimes turn out unfavorable, as a general rule, Page believes “there are no companies that make good slow decisions.” He’s been said to act quickly, making decisions as they come up by listening to his gut. Though he didn’t exactly expand on his reasoning, the inability of upper leadership to choose option A, option B or come up with a new plan can bottleneck the progress of an otherwise productive company. It takes practice, sure, but science reveals having the courage to trust your instincts and be brave enough to listen to your gut will help propel you to the next stage of your life, career included.

He focuses on his strengths.

Page once shared he is more a big-picture person, rather than a day-to-day manager. He explains he has a special spot in his heart for over-the-top, seemingly-impossible ideas—which is quite counterproductive to getting a job done.. now. But that’s okay, since step one of becoming an impactful manager is understanding your strengths and more importantly, accepting and acknowledging your weaknesses. When you play to what you’re innately made to do, you will find it easier to not only meet deadlines—but to exceed all expectations and perhaps, enjoy the process, too.

The ability to give tasks to other people when you don’t have the time to turn your attention toward them is a learning curve for most go-getters. In fact, type A personalities struggle to let go of any reigns, often overloading themselves with endless tasks. Many executives teach themselves to let go, but early in Page’s career, he disagreed with this shift in his natural management style. In fact, one of the rules he followed for management was quite clear: ‘Don’t delegate. Do everything you can yourself to make things go faster.” Though the verdict is still out on the effectiveness of this management style, it obviously has worked in Page’s corner. The lesson here for the general public might be to continue taking on what you are highly skilled at, instead of teaching others and wasting energy.

Page once shared “the worst thing you can do is stop someone from doing something by saying ‘No period.’ If you say ‘no’, you have to help him find a better way to get it done.” This mindset toward idea generation is encouraging for younger generations, especially those who tend to walk on the ridiculous side of creation, proposing grandiose solutions and concepts. For Page, the age of an employee isn’t as important as their ability to think outside of the norm and to be brave enough to share it with leadership. No matter how high up you are in the ranks, giving everyone an equal opportunity to share their genius will create a happier—and perhaps, more enlightened—workspace.