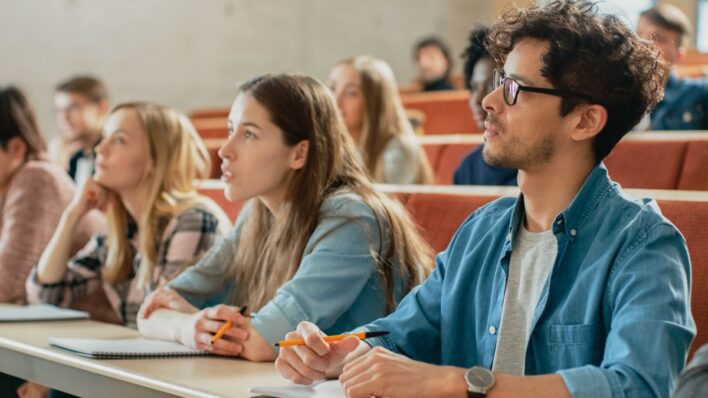 What Is Groupthink? How To Avoid This Common Bias

Let’s give ourselves the best chance of reaching objective conclusions.
By Zach Fay    April 24, 2022

Let’s give ourselves the best chance of reaching objective conclusions.

Groupthink is a common psychological occurrence within groups in which people lean towards a certain consensus despite evidence that points to the contrary. It stems from humans’ social need to fit in and avoid tense situations as opposed to being the outcast to a larger group. The term was first used by social psychologist Irving L. Janis in 1972.

Tim Grover, author of Relentless and famed mental coach, describes these groups of people as ‘coolers’. People who prefer to stay quiet in the face of crowds instead of defending their own opinions. The phenomenon can be problematic when people begin to distance themselves from their own thoughts and begin to make irrational decisions alongside large groups of people.

Being an independent thinker is an important part of making the world a better place and it’s the responsibility of each individual to educate themselves on ways to better consume and understand information.

False assumptions of unanimity are key indicators of groupthink. If members of the group automatically assume that everyone else agrees with them and are not open to criticism or other ideas, it’s likely that groupthink is occurring.

Unquestioned beliefs lead members to ignore possible moral problems and not consider the consequences of individual and group actions. Rationalizing prevents people from re-analyzing their beliefs and can lead to missed warning signs that the conversation is headed the wrong way.

Stereotyping leads members of the in-group to ignore or even demonize out-group members who may oppose or challenge the group’s ideas. This can make it difficult to stand up and share your thoughts. It’s also common to feel as if there’s no significance to putting forth your opinion, and so it’s better left alone. This causes members of the group to ignore important ideas or information.

“Mindguards” act as self-censors, and hide problematic information from the group. Rather than sharing important perspectives that can add to the conversation, they keep quiet or actively prevent sharing. This can be for a number of reasons including fear of reprisal, or social anxiety in general.

Pressure to conform is often placed on members who pose questions or utilize their curiosity to lead the conversation forward. They can be seen as disloyal or ridiculed for offering new and intriguing information. Often, leaders of a group that are suffering from groupthink can get defensive or rude when questioned on their opinions.

Groupthink can cause people to ignore important information and can ultimately lead to poor decisions. This can have consequences in even minor situations such as education where confirmation bias and information literacy take place, however in major situations groupthink can have extremely dire consequences. In the medical, military, or political field, for example, groupthink can lead to negative sanctions towards social groups, hysteria, mass propaganda and more. Undoubtedly,the phenomenon can have high costs in the real world.

These include the suppression of individual opinions and creative thought which leads to inefficient problem-solving. The tendency to seek consensus above all else also means that group members do not critically assess the potential risks and benefits of a single decision.

They are simply pursuing social acceptance above all. Groupthink also tends to lead group members to perceive their own group as inherently moral or right. The echo-chamber of information psychologically causes the group to feel as if they are making the most educated decision.

Evaluate all ideas critically: rather than prioritizing ideas that a vocal majority or minority seem to be on board with or those that are suggested by senior team members, evaluate ideas objectively based on merit. Take a variety of opinions, approaches and perspectives to the idea or problem at hand. One good way to do this is by getting all members of the group to write down pros and cons for each idea before deciding on a course of action. Have an open and welcoming discussion and treat all those around you with value.

As a group leader, keep your ideas to yourself: you may not be aware just how much influence you have on the decision making process, consciously or not. It’s important to give people the floor and make them feel comfortable providing solutions to problems.  By keeping your ideas to yourself at first, you encourage the rest of the group to use teamwork and brainstorming to come up with answers to complex problems.

Have smaller group discussions: another way to quickly remove groupthink and confirmation bias is to give each person a bigger share of voice in the group discussion. The more people you have in a group, the more folks tend towards the psychological effect known as social loafing, where they expect the other group members to carry the load since there’s a bigger team. By breaking down your groups, you allow for each member to have a share of the voice and present their idea without being lost in the noise.

Consider an outsider’s opinion: sometimes, an outside expert can help clarify ideas and pinpoint the strengths and weaknesses of ideas. The advantage of an outside expert is that they aren’t a part of your group dynamic and aren’t prone to the types of rationalizations that may become second nature to an in-house team. Ultimately, an outsider may have the exact perspective you were lacking and lead you to the solution. Being open to outsiders also creates a culture of openness and objectivity in general, which is undoubtedly beneficial to you and your group.

Another way you can encourage teammates to speak up is to give them different ways to contribute to the discussion. Many people with brilliant minds feel more comfortable communicating ideas or concepts through messaging as opposed to interrupting someone or speaking, others prefer to communicate visually as opposed to through texts. Allowing your group to think and communicate in different ways can help prevent negative tendencies.

All in all, it’s important to be aware of the signs of groupthink and to build habits that constantly, analyze, rebuild and reform our conversations. By doing so, we give ourselves the best chance of reaching objective and truthful conclusions.