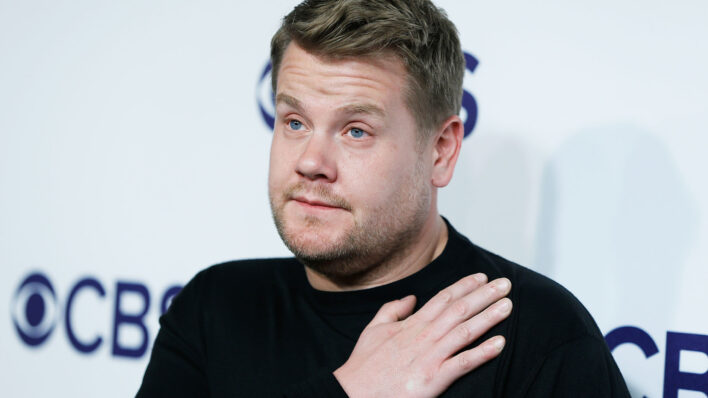 James Corden Reminds Us That Shame Isn’t the Answer

James Corden hit back against Bill Maher’s support of fat-shaming by reminding us of the destructive effect shame has on our self-worth.
By Aly Walansky    September 16, 2019

James Corden hit back against Bill Maher’s support of fat-shaming by reminding us of the destructive effect shame has on our self-worth.

It’s never acceptable to attack someone based on their physical appearance, be it their size, shape, or any other physical differences, but it’s something that happens — often with claims that “it’s for their own good.”

James Corden had a pretty busy weekend this past week, having won three Emmy awards, but he also got a lot of attention for taking time on the show he hosts, Late Late Show with James Corden, to respond to some fat-shaming comments made by Bill Maher.

“Fat shaming doesn’t need to end, it needs to make a comeback,” Maher, who is the host of Real Time with Bill Maher on HBO, opined late in August. “Shame is the first step in reform.”

Why shame is not the answer

Corden was quick to respond:

“Fat-shaming never went anywhere,” Corden said on his own TV show. “Ask literally any fat person. We are reminded of it all the time.”

In fact, fat-shaming has even been shown to cause weight gain in young people.

In an interview with Entertainment Tonight, Corden explained that he realized his responsibility to use his own past and his platform to speak up: “I saw something that I felt like I had experience with. Ultimately, I think I know a little more about what it’s like to be overweight than perhaps some other people do. So, to see someone talk like that made me feel like, ‘Well, this is something I feel like we should talk about.’”

Fat-shaming happens to many of us, and many of us don’t feel comfortable speaking about the issue and how it impacts us. Corden being open and honest is a help to all of us.

It was a beautiful way to stand up for everyone who doesn’t feel they can stand up for themselves, and a powerful reminder that shame is not the answer.