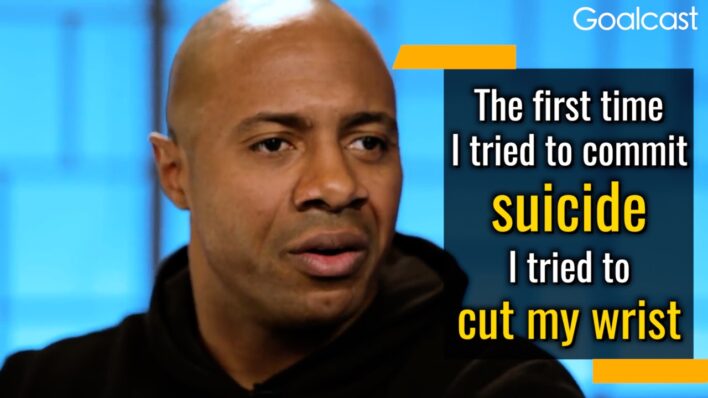 Jay Williams: I Tried to Cut My Wrist

Jay Williams – Put in the Work Jay Williams speaks about the similarities of the game of life with
By Goalcast    August 7, 2017

Jay Williams – Put in the Work

Jay Williams speaks about the similarities of the game of life with that of basketball and how you have to be willing to outwork your competition in order to be better.

Be the first time I try to commit suicide. I tried to cut my wrists. I have this tattoo on my wrist that says, “Believe,” because my mother’s always talk about either if you don’t believe in yourself then who’s going to believe in you? I think that was one of the benefits of being an athlete that was always overlooked in my opinion. It forced me to work harder.

I always tried to outwork people. That’s just how I made my mark. The game was at 7:00. I was like, “You know what? I’m going to come to the Staples Center because we’re playing … This one the Lakers had Kobe and Shaq. This is the championship Lakers. I was like, “I’m going to get there at 3:00 and I want to make sure I make 400 made shots before I go back into the room,” and then I sit in the sauna, I get ready for the game.

Who do I see? I see Kobe Bryant already working out. Once I stepped my foot across that line I started working out. I worked out for a good hour, hour and a half. When I came off after I was done I sat down and of course I still hear the ball bouncing. I look down, I’m like, “This guy’s still working out?” He was working out for like, it looks like he was in a dead sweat when I got here, and he’s still going.

It’s not like his moves are nonchalant or lazy. He’s doing game moves. I sit there and I unlace my shoes. I’m like, “I want to see how long this goes.” I sat out there and watched another 25 minutes, and he got done. I said, “Okay, I think I’ve seen enough,” go play, come back, get in the sauna, get ready for the game. That game he drops 40 on us.

After the game is over I’m like, “I have to ask this guy. I have to understand why he works like that.” After the game I’m like, “Hey, Kobe, why were you in the gym for so long?” He was like, “‘Cause I saw you come in, and I wanted you to know that it doesn’t matter how hard you work that I’m willing to work harder than you.”

“You inspire me to be better.” It was the first time I started to see this level of competitiveness where I said, “I need to start doing more.” You never get better if you’re not willing to put in the time. Basketball is very similar to the game of life. There’s going to be ups and downs, it’s not always going to be easy, there are going to be challenges, there’s still going to be curve balls thrown at me, but if you put in the work and you constantly put in the work, that’s the only way you’re going to grow.