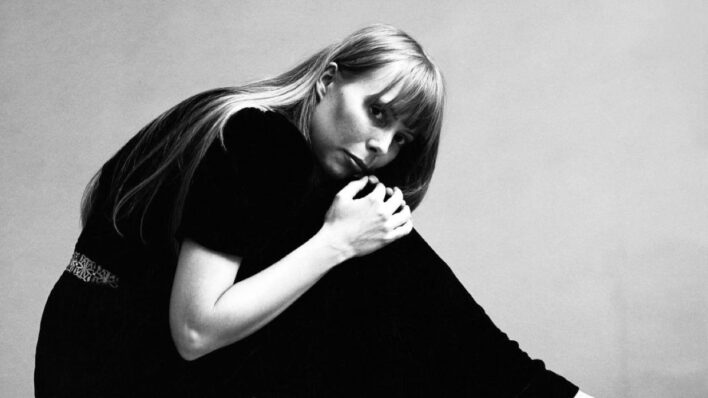 “I felt like I had absolutely no secrets from the world, and I couldn’t pretend in my life to be strong. Or to be happy.”
By Bashir Jones    April 5, 2022

“I felt like I had absolutely no secrets from the world, and I couldn’t pretend in my life to be strong. Or to be happy.”

Joni Mitchell’s ‘Blue’ might change you. Originally released in 1971, the album is regarded as one of the greatest of all time. The New York Times noted it as one of 25 albums that signified a major turning point in 20th-century pop music history and Rolling Stone has designated it the third greatest album ever.

Simply put, the project is a sonic and literary masterpiece. Written and produced entirely by Joni Mitchell in Hollywood, California, the album is an intimate voyage into the psyche of one of pop music’s greatest creatives.

At first glance the album is another in a long list of beautiful compositions created during and after a soul-enriching relationship. The raw emotion, power and vivre nestled into the music is immediately recognizable and vividly present. However on deeper analysis it’s evident the music speaks to so much more than just love and break-ups. It’s an innately human piece of work. Intimate, brave and honest, Mitchell has created something that will last the test of time.

Joni Mitchell Wrote ‘Blue’ in the Aftermath of Heartbreak

The basis of this revelation is rooted in Mitchell’s honesty that pours over the work as if overflowing in a glass. You feel as if you’re right there with her. Picking apart the events that occurred just as she has, and as anyone does after the end of a once flourishing, all encompassing relationship comes to an end. ‘Blue’ was written in the aftermath of Mitchell’s relationship with famed songwriter Graham Nash, from Crosby, Stills & Nash, and during an intense connection with James Taylor.

“The Blue album, there’s hardly a dishonest note in the vocals,” she told Rolling Stone in 1979, “at that period of my life, I had no personal defenses. I felt like a cellophane wrapper on a pack of cigarettes. I felt like I had absolutely no secrets from the world, and I couldn’t pretend in my life to be strong. Or to be happy.”

Joni Mitchell Didn’t Hold Anything Back: Not a Single Detail

Undoubtedly we are receiving the most raw and intimate version of Joni Mitchell. On the opening track, All I Want, Mitchell carefully creates the framework to her album and lures listeners in. She whispers her every want into the universe, the cravings she misses, the simple things that will no longer be. “I want to talk to you; I want to shampoo you; I want to renew you again and again.” Utterly simple, but devastatingly beautiful and haunting. The strongest of songwriters know exactly when to slip in those subtle details we all experience to paint a vivid picture.

On tracks like My Old Man she recounts the good in the relationship, admitting the positives he brought her. The safety, protection and light he was in her life. This is often the most difficult to sit with after a breakup, but Joni braves her honesty better than almost anyone else. She’s giving us the full story, and this is part of the reason her album has stood the test of time. It’s real, true and wherever you come from, you can connect to the subtleties she’s left us with.

It’s on the title track though, Blue, where we really see Mitchell bare her soul to the world. She admits the ways in which she tries to escape it, the ever longing melancholy that follows her everywhere she goes. “Well, there’s so many sinking now; You gotta keep thinking; You can make it through these waves; Acid, booze, and ass; Needles, guns, and grass; Lots of laughs, lots of laughs,” she longs in sultry whispers.

One of the most powerful aspects of the entire piece of work is that Mitchell does not pretend to be anything less than she is. She doesn’t hide behind superficial words. She doesn’t tell herself all is well. She especially doesn’t act like the pain isn’t there to be subdued. She is open and honest in her reflections, and most importantly the way in which she’s dealing with her emotions. This is undoubtedly why the album speaks to so many generations. It’s that Mitchell isn’t hiding from anyone, much less herself.

Joni Mitchell’s Blue Is About Coping and Accepting Regret

On This Flight Tonight, Mitchell even admits to herself the regret she feels in walking away. She ponders those last few moments and the weight they carry. As humans, it’s so easy to overlook our own actions and decisions. What we’ve done to lead ourselves this way. In doing so we overlook our healing processes and can’t admit where we went wrong ourselves.

Finally, on the closing track, The Last Time I Saw Richard, Mitchell comes full-circle on her entire relationship. A microcosm of the life she’s lived, and that we are all inherently living too. She is able to come to peace with her journey, and understandably Richard’s journey too. He hasn’t changed, she laments, but in saying so realizes we are all constantly changing yet staying the same. Everything is a passing phase, onto the next version of ourselves. We keep a part of that old version, but simultaneously build anew.

What We Can Learn From Joni Mitchell’s Masterpiece

The important thing to take away from Blue is to understand that honesty with the world, and a far more difficult task, with ourselves, is the driving force to growth. It’s this raw, intimate and honest take that delivers Joni from the grips of her own melancholy to eventually overcoming it, flourishing and moving on. Without that rawness, without that bravery, we’re left with unhealed trauma and work to be done.

Blue is the epitome of a breakup album, and that’s why it’s lasted so long. However, it’s also so much more than that. It’s a human album, an album that encompasses the many different roads in life that lead to and away from each other. Openness to oneself, accepting our mistakes, and understanding our healing process is a major signifier that you are on the road to something special. That’s exactly what Joni Mitchell has done with her massive success, ‘Blue.’ Undoubtedly, she’s left a blueprint for all of us.