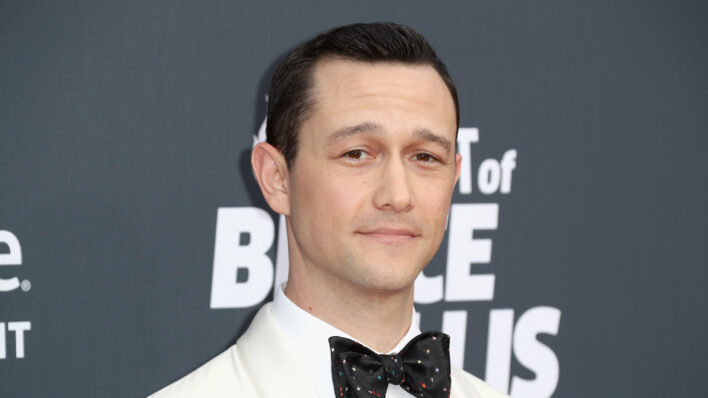 Joseph Gordon-Levitt remembers the breakup that changed his life in his book The Art of Breaking Up. He shares the inspiring story of how it changed him.
By Aly Walansky    June 20, 2020

Joseph Gordon-Levitt remembers the breakup that changed his life in his book The Art of Breaking Up. He shares the inspiring story of how it changed him.

Much like the old song goes, breaking up is hard to do, but, as an inspiring book by a household name tells us, it doesn’t have to mean the end of romance and love, or hope.

Joseph Gordon-Levitt is known for his feature film roles like the disillusioned Tom in 500 Days of Summer or John Blake in The Dark Knight Rises, but his latest gig has been that of an author. His new book, The Art of Breaking Up, which he worked on with his collaborative community HITRECORD, is a relatable story for anyone who has ever loved and lost, but then tried to love again. In it, he discusses his worst breakup ever.

Life and love weren’t always easy for him

Joseph reveals that before meeting his wife, love was not an easy thing for him.

Life can be painful, especially a love life. I know this from personal experience. Luckily, I’m very happy in my marriage right now, but I certainly remember a time when love and romance was a very emotionally turbulent part of my life.

His go-to remedy for any romantic illness involved creating. “Really, a big way that I would cope was write a story, or sing something, or shoot a video,” Joseph said. “Creativity is such a healing thing, especially when you’re not being creative alone.”

Joseph wrote his book not just as a selfish form of catharsis but also because hoped to inspire others to get beyond feelings of loss and heartbreak.

Even though the book is fun, and a lot of it is humorous, it’s very sincere in its respect for the pain of what it means to break up.

Instead, Joseph offers his own methods to get over heartache, by helping the reader delve into a creative form of healing.

His worst breakup inspired him

When Joseph was a teenager, he, like many teens, believed he was “smarter than everybody,” and that included walking through the airport judging other people. But after Joseph’s girlfriend broke up with him, he no longer felt that feeling of superiority. At the airport, or anywhere else.

Joseph Godon-Levitt in The Art of Breaking Up

The breakup made him realize his flaws

Joseph admits that moment in time, when his heart was broken, helped him to get over himself and stop putting himself on that superior pedestal.

“I distinctly remember this feeling of, she doesn’t love me anymore, so maybe I’m not so great. Maybe I’m not so smart. Maybe I’m not that much better or smarter than all these other people that I’m used to judging,” Joseph told People, regarding his realization in his short story.

Joseph is happily married now with Tasha McCauley, the ceo and co-founder of a robotics company called Fellow Robots who speaks three different languages. The two met through mutual friends and hold a very, very private relationship. They got married in December 2014, in a highly private ceremony.

The couple has two children. What’s most interesting, is that a year before meeting his wife, Joseph had mentioned his hesitations with commitment.

“I like to not be too committed to any one future that’s really far away, necessarily, unless there’s a reason, which is why I’m saying if you’re gonna raise a family . . . I can make that commitment,” he told Howard Stern.

Evidently, meeting the right person has changed his mind. But before he got to this stage in his life, Joseph learned the importance of breaking up. And that’s his one, powerful advice.

My advice usually is to break up,” he says. “When I’m talking to my friends who are in [relationships] and having problems, I’m like, ‘You don’t have to stay together.’

Stop worrying about what the world thinks

Perhaps, what’s even more striking about Joseph’s advice, it’s how it reveals an important aspect of our motivations for getting into relationships or remaining in them.

“I feel like there’s so much pressure in this world… There’s a status symbol that comes along with having a boyfriend, or having a girlfriend, or having this significant other, however you decide to identify. I mean, I get it. There is something lovely about being in a couple. I’m married. I love being married, but there’s absolutely nothing wrong with not being in a [relationship].”

The ego takes a blow, but it can recover

After his famous role in 500 Days of Summer, where his character Tom falls in love with a woman, only to have his heart broken when she tells him that he is not the one for her, Tom’s message carries more weight. While the movie was not about him, it resonates with his own realizations and what he took out of it.

When we live through heartbreak, a lot of it can be hard on the ego. Emotions in the immediate moment can prevent us from thinking objectively. We may blame ourselves and irrationally feel like we weren’t good enough. Our self-esteem can take a major blow.

On the other hand, we can also hold resentment and unnecessary anger towards the person who left. That is not healthy either and can also impede our future interactions with potential partners.

Looking for more uplifting content? Check out our article of inspirational quotes.