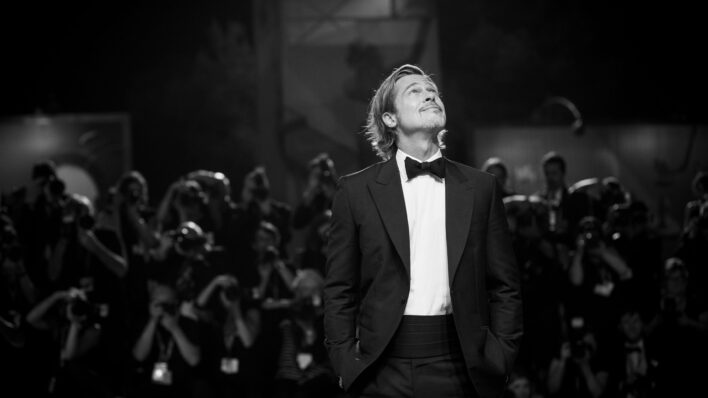 Brad Pitt is Still Fighting the Ghost of Tyler Durden

20 years after his iconic role in Fight Club, Brad Pitt is trying to break down the ideas of masculinity represented by Tyler Durden.
By Aly Walansky    September 18, 2019

20 years after his iconic role in Fight Club, Brad Pitt is trying to break down the ideas of masculinity represented by Tyler Durden.

Brad Pitt has been the prototypical American movie star for decades now. Whether being picked up on a roadside by Thelma & Louise or playing a sensitive but deadly vampire, he’s always been a force to be reckoned with, a force of great power and sensual energy combined with magnetism.

No more was this the case than when Pitt played Tyler Durden, the antagonist of David Fincher’s Fight Club. In his most iconic role, Pitt satirically embodied the point where idealized masculinity turns destructive.

Despite the movie being a deconstruction of toxic masculinity, both Durden and his portrayed have been held up as the embodiment of an almost cartoonish hyper-masculinity for years since the film’s release.

Pitt was even recently elected as the face of Boston’s much-derided “Straight Pride Parade” — though Pitt himself was quick to demand that his likeness not be used to represent it.

Where Tyler Durden got his power 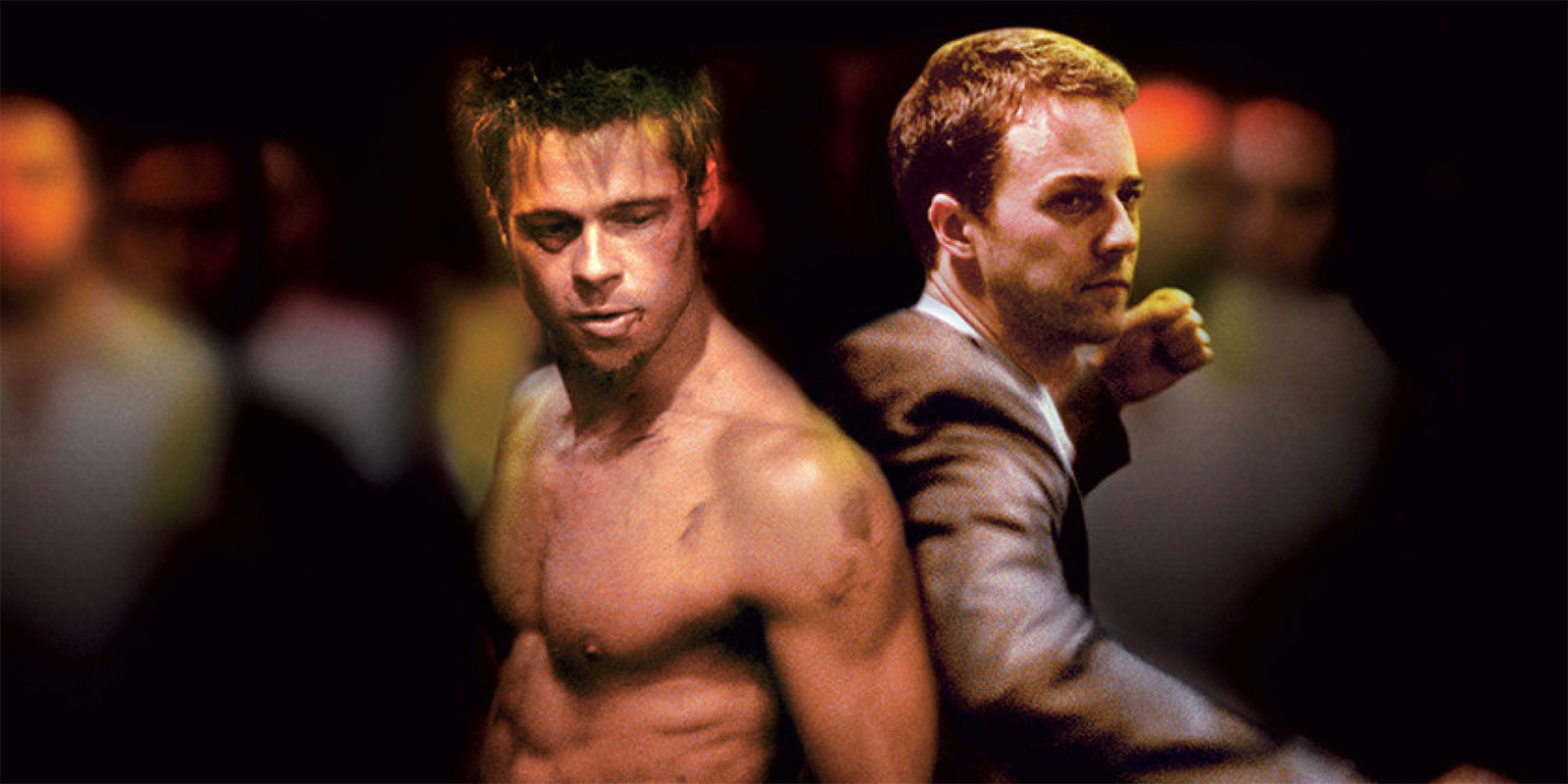 “You’re looking at an era in the ’90s when masculinity becomes very self-conscious, very reflexive,” James McCormack, a cinema studies PhD researcher at the University of Melbourne, said in an interview with Vice. “Until then, there was what a feminist philosopher called ‘the view from nowhere’—the belief that men don’t have a gendered view. That begins to really dissipate in the 90s… and you get films like Fight Club.”

Durden was the alpha male, speaking to the traits of those men who see strength in being dominant or tough. But he was also the flip side of a “beta” male, who are often seen as more sensitive, but weaker.

The question is, of course, then, which one of these sides of the coin does the real Brad Pitt end up on?

What does masculinity even mean? 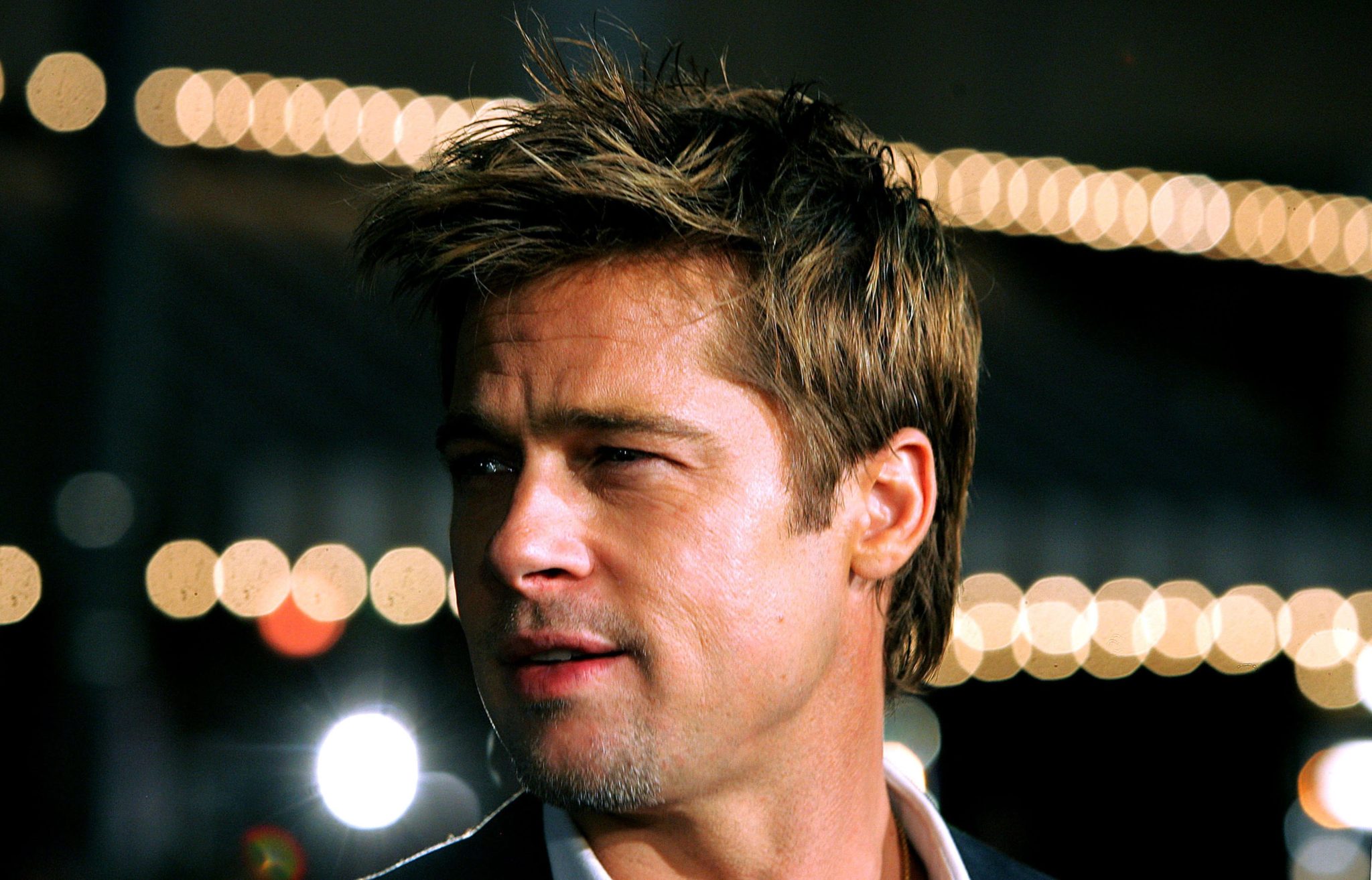 “I grew up with that be-capable, be-strong, don’t-show-weakness thing,” Brad Pitt said in a recent interview with The New York Times.

Now that Pitt is a 55-year-old father of 6, he finds himself emulating his dad in a lot of his roles: “He had grown up in extreme hardship and poverty, always dead set on giving me a better life than he had — and he did it. But he came from that stoic ilk.”

It was an important lesson that has served Pitt well in developing his life and career, and finding his foundation in the world.

“I’m grateful that there was such an emphasis on being capable and doing things on your own with humility, but what’s lacking about that is taking inventory of yourself,” he said. “It’s almost a denial of this other part of you that is weak and goes through self-doubts, even though those are human things we all experience. Certainly, it’s my belief that you can’t really know yourself until you identify and accept those things.”

Openness is something Pitt has been working on a lot lately, and it’s something that is often seen as weakness as men, and thus a quality that is not easy to come by.

It’s easy to see why someone whose private life is already at the center of public interest would want to hold back all he can, but Pitt has chosen to go in a different direction.

“The ultimate place for my style of acting, as I understand it, is to get to a place of just absolute truth,” he told the New York Times. “I’ve got to be experiencing something that’s real to me for it to read real to you.”

Pitt has been sober for a few years now, and has participated in Alcoholics Anonymous as part of his recovery after “taking things as far” as he could with drinking. His recovery group was composed entirely of men, and Pitt was moved by their vulnerability.

“You had all these men sitting around being open and honest in a way I have never heard,” Pitt told the New York Times. “It was this safe space where there was little judgment, and therefore little judgment of yourself.”

“It was actually really freeing just to expose the ugly sides of yourself,” he said. “There’s great value in that.”

It’s possible for the man who “grew up with that be-capable, be-strong, don’t-show-weakness thing,” to evolve into being a more open, vulnerable, and thoughtful man. Sometimes it takes maturity and growth, but if the cultural symbol of macho-masculinity can do it, can’t everyone else?

“The fact is, we all carry pain, grief, and loss. We spend most of our time hiding it, but it’s there, it’s in you,” Pitt said. “So you open up those boxes.”

The new frontier of manhood

With his new movie, Ad Astra, Pitt and writer-director James Grey were “really digging at, without labeling it so much, was this definition of masculinity.”

The definition of masculinity is nebulous. It has whatever meaning you ascribe to it. For Pitt, it has come to mean an openness to admits faults and willingness to be vulnerable.

Brad Pitt has discovered that true strength lies in understanding weakness, and that’s something all of us can learn from.