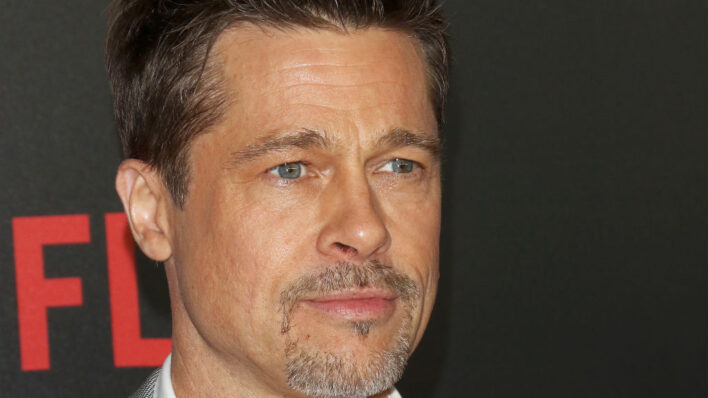 Breakups and Hollywood go together like peanut butter and jelly. In some cases, those breakups shake up the public at
By Eliza Theiss    July 16, 2018

Breakups and Hollywood go together like peanut butter and jelly.

In some cases, those breakups shake up the public at large. Take the day we found out Brad Pitt and Angelina Jolie were splitting. Most people thought of them as a power couple in that special Hollywood club of soulmates like Goldie Hawn and Kurt Russel or Will and Jada.

We all remember the shocking news of Child Services and even the FBI being involved into one in-flight incident between Brad Pitt and Maddox Jolie-Pitt. The actor was cleared by both agencies but rumors remained, and Pitt’s visitation rights were restricted. As things spiraled out of control, the 54-year-old removed himself from the public eye.

I’ve got my feelings in my fingertips again. I think it’s part of the human condition: You either deny them all your life or you answer them and evolve.

He continued to quietly work, avoiding public appearances. Pitt also started a rigorous therapy regimen, and committed to sobriety, E!Online reported. Remaining in the Hollywood Hills home he’s owned since 1994, the actor took stock of his unraveled life, only to realize he had done it to himself.

Opening up to GQ,he spoke of self-medicating to escape negative feelings: “I can’t remember a day since I got out of college when I wasn’t boozing or had a spliff, or something. Something… And I’m running from feelings,” Pitt said.

Although he had given up everything but alcohol when he started his family, he realized his alcohol consumption “just became a problem. I was boozing too much.” And despite the feelings and unresolved issues that caught up with him as he embarked on sobriety, he’s glad to have reached this point.

Adopting a healthier approach to love and fatherhood

Now, he focuses on resolving those issues and becoming the father he always wanted to be, and not replicating the role of the father he grew up with. He needed to ditch the tough father figure persona and separate from his unhealthy obsession with the smallest of perceived slights. “I gotta be more for them. I have to show them. And I haven’t been great at it,” he told GQ.

Pitt’s long introspection and sobriety is helped along by art therapy, spending lots of time at some friends’ sculpting studio, and pet therapy, with bulldog Jacques providing companionship through his struggles. And also learning about love, even when its hard. Especially when it’s hard. “It means to love without ownership. It means expecting nothing in return,” he says.