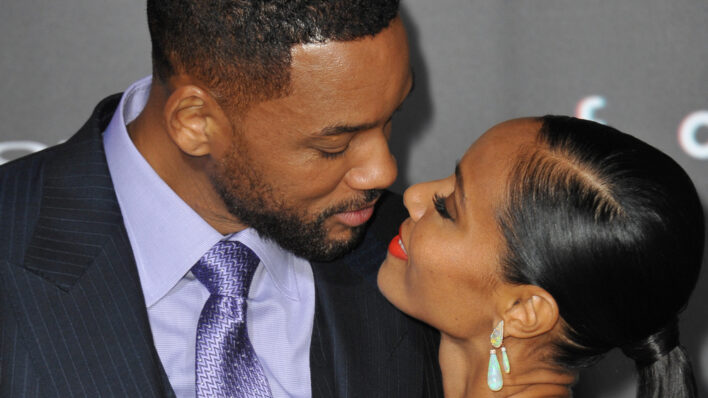 Will Smith and Jada Pinkett Smith first met on the set of Will’s evergreen TV show The Fresh Prince of
By Eliza Theiss    July 13, 2018

Will Smith and Jada Pinkett Smith first met on the set of Will’s evergreen TV show The Fresh Prince of Bel-Air, when Jada auditioned for the role of his girlfriend.

She was deemed too short for the part and lost out to Nia Long. But meeting Will was the beginning of something that goes beyond love – something up in the realm of soulmates.

Why Jada and the Fresh Prince are a true power couple

Jada and Will met in 1994 and became close friends, but attraction brought them together in 1995. Now married for more than 20 years, the couple can look back on two decades filled with love, mutual support, laughs and a beautiful family. However, their relationship started when Will was still married to his first wife Sheree Zampino, something Jada has admitted to deeply regretting.

Although Smith and Zampino were separated, they were not legally divorced and there were heated moments, something Jada and Zampino discussed at length during the first episode of Jada’s Red Table Talk FB Watch show.

Speaking to Access Hollywood about having Will’s ex-wife on her show, Jada emphasized how much she learned from Zampino and how much the two of them have grown together in their effort to put Trey first.

“She was my entry point to motherhood. I was co-mothering with her,” Jada opened up, adding “At that particular time, before [having a blended family] was popular, before it was even an idea, we were trying to create something that we had never experienced.

Trey then became a big brother to Jaden Smith in 1998 and to Willow in 2000. And the family stuck together through thick and thin – after all, Will and Jada are one of those Hollywood couples that are seasonally in the tabloids with various so-called insiders reporting on their imminent divorce.

Will Smith recently laid all rumors of divorce to rest on Tidal’s podcast Rap Radar:“There’s no deal breaker. There’s nothing she could do – ever. Nothing would ever break our relationship. She has my support ‘till death and it feels so good to get to that space.”

Jada herself has been very vocal about their unshakeable commitment to each other. “We are family. That’s never going down.” the Girls Trip star said on the radio show Sway in the Morning. “At the end of the day, that is a man that can rely on me for the rest of his life, period,” she added.

Will and Jada’s biggest relationship takeaways

These two consider themselves to have gone past the point of being married, and don’t ever refer to themselves as such anymore.

“We are family. Take out all that whole marriage, relationship crap, at the end of the day, Will and I are family.” Instead, the two refer to each other as “life partners.”

As Will told Rap Radar, “You get into that space where you realize you are literally with somebody for the rest of your life.”