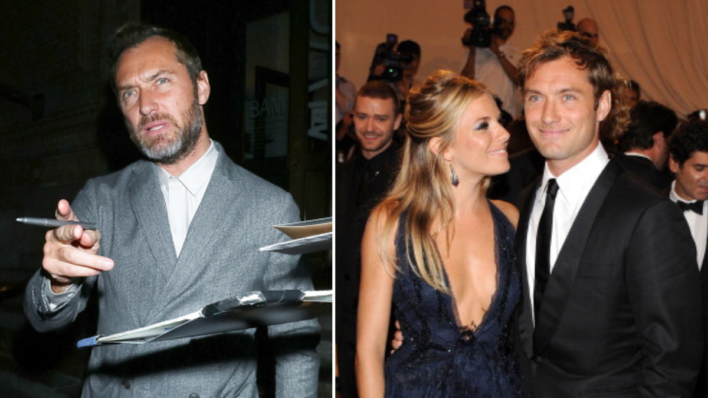 Jude Law’s cheating scandal made headlines. How is the actor doing today and what crucial lessons did he learn from his mistakes?
By Shaoni Das    July 26, 2021

Jude Law’s cheating scandal made headlines. How is the actor doing today and what crucial lessons did he learn from his mistakes?

Is there a more typical Hollywood scandal than a nanny affair?

Not that adultery doesn’t take place in all walks of life, but there’s still something particularly salacious and indulgent about a male celebrity who chooses to cheats on their partner with the family nanny.

You’re fortunate enough to have an illustrious career, wide-reaching fame, millions and millions of dollars to your name, a kind, supportive wife who entrusts you with her heart, and young children who see you as their hero; yet, you choose to jeopardize these treasures with impulsive decision-making that’ll ultimately bring you no fulfillment.

Seeking redemption in such a case is a tall order. It didn’t stop Jude Law though, who made national headlines in the mid-2000s for taking part in an illicit liaison with his nanny while engaged to actress Sienna Miller. The story may have gotten lost in the shuffle in the years since, but it’s never a bad time to examine how Jude emerged from the debacle and straightened out his life.

Jude Law has always had a bit of a reputation for being a lothario. He and his first wife Sadie Frost were rumored to be swingers and allegedly slept with some of London’s most glamorous elite in the nineties, both individually and as a couple. Their marriage started breaking down in the early 2000s when Sienna started making Jude’s acquaintance. Ironically enough, there is speculation Jude had an extramarital dalliance with Sienna herself, which played a part in the dissolution of his first marriage with Sadie. Sienna emphatically denied the accusation at the time, saying, “it’s nothing of the sort,” but carried on seeing Jude nonetheless.

The pair became engaged in 2004, and Sienna promptly became one of UK’s ‘It Girls’, complete with a striking fashion style, a rosy, youthful personality, a flourishing film career, and one of the country’s most attractive, beloved actors by her side. Sad to say, the revelry wasn’t meant to last.

In 2006, Daisy Wright, the family’s nanny, gave an exclusive interview to The Sunday Mirror revealing a clandestine tryst with the Sherlock Holmes actor. He reportedly “seduced” her on his own accord when she and one of the children visited him in New Orleans during the filming of All The King’s Men. She’d been hired by Jude’s ex-wife Sadie to take care of the children, but it seems like it didn’t take long for the professional to veer into the private. By Daisy’s account, the two slept together numerous times in New Orleans but made sure to end their inappropriate entanglement before he headed back home. On one occasion, they were caught in their act by Jude’s child, who didn’t miss a beat in telling their mom Sadie about what he witnessed. Sadie rapidly fired Daisy, after which the nanny sought Jude to help her find a new job.

Following the reports in today’s papers, I just want to say I am deeply ashamed and upset that I’ve hurt Sienna and the people most close to us. I want to publicly apologize to Sienna and our respective families for the pain that I have caused.

Unlike other celebrities who prefer to remain mum about infidelity accusations, Jude Law came clean immediately. He issued a public statement apologizing to Sienna and his children for his unfaithfulness and poor judgment. There’s something to be said about someone who doesn’t hesitate in taking accountability for their wrongdoings; it might not be enough sometimes but it’s a whole lot better than remaining silent.

The Talented Mr. Ripley actor also acknowledged there’s no “defense” for his actions and that he wishes for utmost privacy at this delicate time. Unfortunately, the public apology didn’t manage to salvage his engagement — Sienna Miller ended the engagement in November 2006.

As it turned out, the 2006 breakup wasn’t the end of the road for this influential couple. Sienna extended him a second chance and reconciled with him in 2009, but two years later, Jude and Sienna mutually agreed to split yet again. Even though it didn’t quite work for the two of them, it doesn’t mean they weren’t able to find love with other people.

Jude Law to The Guardian

Since the scandal, Jude has added a few more kids to the brood, all from different women. He’s been happily married to Phillipa Coan since May 1, 2019, and welcomed his first baby with her in September 2020. Sienna Miller is a mother herself; she welcomed baby daughter Marlowe with fellow English actor Tom Sturridge in 2012, though the couple is no longer together.

Reflecting on the ordeal, Jude Law said he’s grateful his mistakes were unearthed in such a public way. Knowing that he doesn’t have anything else to hide, he feels empowered to go about his life without worrying about who’s whispering what. He compared it to “washing your laundry in public,” where everyone’s already seen and read up about the juicy details. It doesn’t take away from the tremendous guilt or shame, but it does steer him toward progress. “I don’t ever want to experience that pain, that upset, that confusion, that humiliation ever again,” he told The Daily Telegraph, declaring that he’s learned his lesson and that he’s never making such a mistake again.

I mean, I’m doing the thing I love, I have a happy home life, I’m very proud of my children, and I’m healthy, thank goodness. So if people are still throwing paper darts at me… I mean, Christ! If that’s what rocks their boat, let ‘em do it.’

Jude Law to The Telegraph

The Fantastic Beasts actor reiterated his wish to be left alone. He doesn’t want the press to focus on who he’s dating, or what he’s wearing; he’d like to be defined by his diverse body of work and nothing else. Though he’s undoubtedly regretful of the past, he’s trying his best not to dwell on his lapses and is trying to savor the present as much as he can. When you’re a newlywed dad of six, you can’t really afford to overlook your family; you’ve got to take every moment by its horns and make the most of it. Fortunately, for her part, Sienna has forgiven Jude and said he still “enormously” cares about her ex regardless of his behavior.

It’s so easy to let our minds gravitate to the worst memories in our lives, but we’ve got to try our best to push them away and focus on what’s ahead of us. Wallowing in a pool of guilt, pity, and regret benefits no one in the long term and won’t help you move forward healthily. Taking accountability is the most essential element to righting your wrong, and once you’ve recognized what needs to be improved, you can look forward to a happier, more fulfilled future. Jude Law did the work on himself and cleaned up his act. He’s at a point where he shouldn’t need to obsess over his mistakes; he can just cherish the little moments. Redemption is indeed possible.