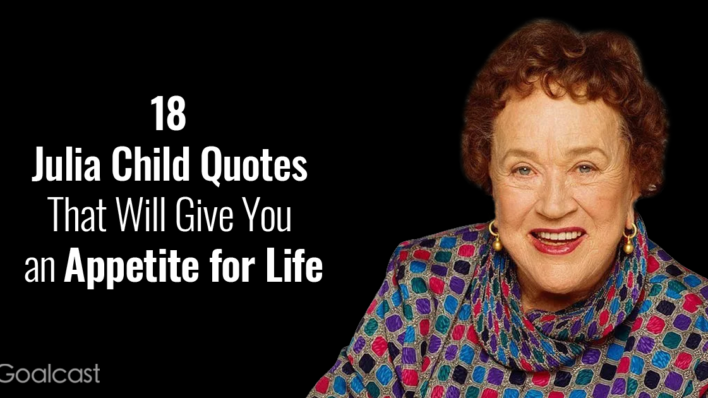 Julia discovered her passion for cooking in her 30s, but before that, at the outbreak of World War II, she joined the Office of Strategic Services and worked as a file clerk

She came to appreciate French food after a six-year postwar stay in Paris where she attended he Cordon Bleu cooking school. Child formed a cooking school called L’Ecole des Trois Gourmandes (School of the Three Gourmets), with two other fellow students, and all of their work was later expanded into the two-volume Mastering the Art of French Cooking. The book proved to be a massive success due to its clear instructions, explanations and its many useful photographs.

Child’s knowledge, humour, and unique style helped her become even more popular after hosting the weekly cooking television show – The French Chef (one of the first American cooking shows).

In 1993, Child became the first woman inducted into the Culinary Institute Hall of Fame.

Here are 18 Julia Child quotes that will give you an appetite for life.