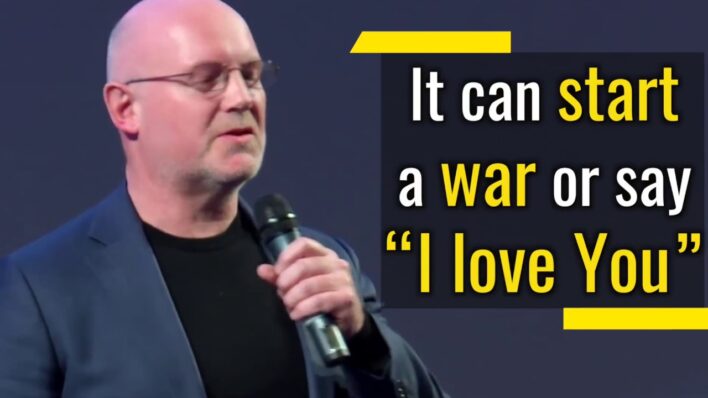 Julian Treasure | How to Speak with Power and Charisma

The only sound that can start a war or say, “I love you.” The ability to express yourself powerfully is very, very significant. Speaking powerfully we have to take responsibility for, it can affect how well you feel ’cause it’s frustrating if you can’t get your point across. A lot of people have the experience of when they’re speaking just not being listened to.

What’s the most common complaint in relationships? He or she doesn’t listen to me. “Yeah, I’m listening to you. I am.” Yeah, you know that one?

There are four foundations I think too powerful speaking. And those four foundations spell a word, the word is HAIL. Which one definition of hail is to greet or acclaim enthusiastically, which is how I suggest your communication will be received if you stand in these four things. They stand for H, honesty. That is just being straight and clear in your speaking. The A is authenticity, being yourself. No need to pretend. Generally, it’s far more powerful to be yourself and to be full of yourself when you’re speaking to people, whether it’s one to one or an audience of thousands. The I is integrity. Integrity means being your word. If you say it, it happens. Your words are very powerful indeed. On the other hand, if you say you’ll be there and you’re never there people develop a fairly cynical listening for your promises. The L surprisingly perhaps is love. Now I don’t mean romantic love here obviously I’m talking about well-wishing. Just wishing people well. So, love is kindness and it tempers the whole conversation. Hail is a very powerful place to stand. And if you’re standing on those four things people can recognize where you’re coming from and it’s much more powerful.

Let’s try and be direct and clear in our speaking, this is going to become increasingly important. This where you’re speaking consciously and perhaps you can ask people to listen consciously. If we put some of these principles into practice in our sending I can’t guarantee people are going to listen perfectly but I would say you will have a much better chance of being received fully. And then we have a world where sound actually is working for us instead of against us, and I think that’s a world that’s worth striving for.