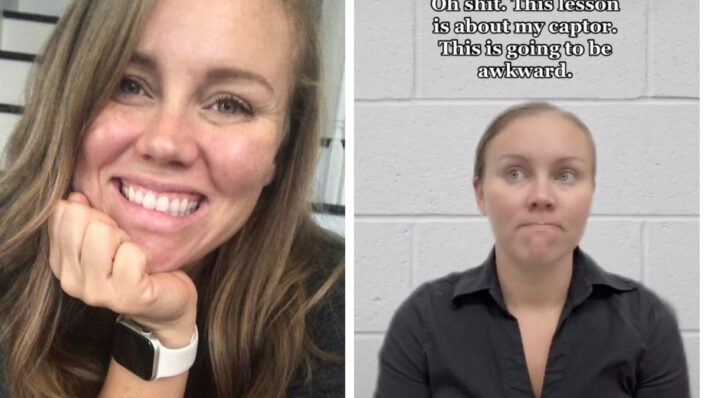 Our traumas do not define us. They can definitely have the power to alter our paths in life, but by
By Arielle London    July 15, 2021

Our traumas do not define us. They can definitely have the power to alter our paths in life, but by no means do they define who we are as individuals.

Still, when we experience a traumatic event and our bodies, spirits and minds process the occurrence over time, we go through a wide array of emotions. This experience is a human response, and one that survivors of some of the most horrific events know is natural.

Kara Chamberlain survived a kidnapping at gunpoint at the hands of a serial killer in 2002. At the age of 15, Kara had offered to water her friends’ flowers outside before they left for a day at the lake. While watering the flowers, Kara’s assailant drove onto the driveway, approached her, and said that he was giving out brochures.

He asked if she could leave the brochures for the parents and Chamberlain agreed. He led her to his car, and at this point forced her into a plastic container in the backseat and then drove off.

“I went into the situation with a plan to escape. So, the minute the gun touched the side of my neck, I knew I’m tiny, 15-year-old, this is a grown man, I can’t fight him off, so what is my next best thing?”

Her captor held her for 18 hours. While captive, Kara was given drugs and sexually assaulted.

In the morning however, as the serial killer laid asleep, Kara slid her hands free from the fuzzy handcuffs around her wrists, and she managed to escape. When she emerged from his place, she approached a car with dangling handcuffs, told the men in the car of her ordeal, and asked to be taken to the authorities.

After surviving the unthinkable, the police investigated Kara’s kidnapper further to discover that he was linked to at least three murders in the state of Virginia alone.

Kara Chamberlain is now vocal about her entire experience. She shares her insight saying, “I have these, these huge dreams of really doing for the conversations about emotions and trauma and really just this human experience of what it is to go through hard things. I really want to do for those conversations what we’ve done around race, around gender and sexuality, I want to change the way we talk about it.”

“Because we live in this toxic positivity culture where it’s ‘good vibes only,’ or you know, ‘it doesn’t matter, just, you should be happy that your baby is healthy, or that you’re healthy, or that you escaped’ or whatever. But that doesn’t hold space for the ‘negative emotions.’”

Kara goes on to clarify what she means by ‘negative emotions,’ explaining, “No emotions are negative, they’re just emotions, right. So, I’m very, very passionate about really just holding space for all feelings. You know, it’s ok to say ‘I’m having a bad day’ it doesn’t mean that you’re not thankful for all of the amazing things that you have, they’re not mutually exclusive, joy and gratitude and having a bad day or being angry, they don’t exist in two separate arenas. They can coexist.”

Kara goes on saying, “Hard stuff is going to happen to you in your life. We all have hard things that happen. And, when you’re in them sometimes it can feel like you’re in the bottom of a canyon and there’s no way you can get out. But sometimes you just need to see the person at the top, to be like, ‘OK, well she got through it, so I can too.’”

You have the power

Trauma is often unavoidable and unpreventable in the human experience. However, while your perspective can change on many things in life post-trauma, it does not have the power to dictate your identity.

Only you have the power to decide who you are and who you are going to be. And, even though living in authenticity, breathing through the difficult moments, and being grateful for the good ones is a process, it is life. The more we accept life for all its complexities, the more we can live it in our truth.