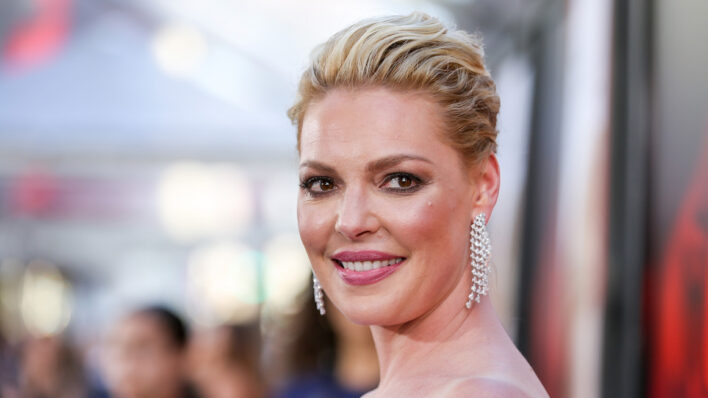 Katherine Heigl has come a long way since Grey’s Anatomy. And as a mother of two adopted children, she has learned a lot about her new role in life.
By Shaoni Das    June 8, 2020

Katherine Heigl has come a long way since Grey’s Anatomy. And as a mother of two adopted children, she has learned a lot about her new role in life.

It’s no secret that Katherine Heigl was one of the most ubiquitous actresses of the 2000s. From playing an iconic role in Grey’s Anatomy to leading a number of romantic comedies, she was everywhere. While her career was fairly standard for an actress in that time period, it’s her personal life that proved to be far more unique and complex.

The actress wed singer Josh Kelley in 2007. The pair went on to become parents to three kids over the years: daughters Naleigh and Adalaide, and son Joshua. What made their parenthood experience stand apart was that their daughters were both adopted. Naleigh was adopted from South Korea and Adalaide is a black girl adopted domestically.

Heigl has been very frank with her experiences with motherhood. Whether your children are biological or not, just the act of mothering is rife with challenges and obstacles. And Katherine has attested to experiencing just that. But it’s worth noting that specific events from Katherine’s own life informed her role as a parent and also guided her on how she could be a better parent to her children.

From family tragedies to discrimination, Katherine’s own childhood was not an easy road. But where that could have easily turned her off motherhood, she chose to rise up to the challenge and embrace everything that the role entailed.

Katherine’s own unique family led her to adopt two daughters

Katherine revealed shortly after adopting Naleigh that she always knew she was going to adopt. Katherine’s parents adopted her older sister, Meg, from South Korea three years before Katherine was born. As a result, Katherine wanted her own family to resemble the one she had growing up, and this is why she turned to South Korea as well to adopt Naleigh. It’s not that biological children were off the table, said the actress. It’s that she and Josh knew that adopting was going to be the first priority.

She grew up seeing her parents love all their children like their own, whether they were adopted or not. But just because her sister Meg fit in with her adopted family so well didn’t mean that Naleigh was going to bond with hers right away.

Our social worker told us that it’s pretty typical for kids to react differently to their new mother. It was a struggle for me because all I wanted to do was bond with her. But it takes time for a child to trust this new situation and to trust you. My advice is don’t be discouraged. The reward is so great.

Three years after adopting Naleigh, Katherine and her husband received a call regarding an adoption opportunity in Louisiana. The couple knew they wanted to adopt again but they thought it’d take years and they’d look to an international avenue once again. So when they heard that another baby girl could be theirs within a month, they had to scramble to set up their home. Katherine said that this sudden addition was stressful but ultimately rewarding and that she also had to convince her husband to warm up to it.

What matters at the end of the day is that Katherine and Josh were able to welcome two beautiful girls into their home and make them their own. Katherine’s brother was killed in a car accident in 1986, so she experiences certain fears when it comes to protecting her children from external dangers.

When I first became a mother, the idea of loving my children the way I did terrified me. Because it could be all taken away. Many people have suffered through something like that. I have witnessed the worst thing that can happen to a parent happen to my parents. And I think that it definitely affects how you feel and what you think and what your core beliefs are about life and parenting and love.

Following the death of George Floyd in Minnesota, protests against racism and discrimination have swept the world. Katherine Heigl was one of many who thought to voice her thoughts amidst this fight against racism. As a white woman raising two children of colour, Katherine is plagued by a number of concerns. Since the kids are still young, she has the added responsibility of explaining the nuances of the current situation without tarnishing their young, bright-eyed optimism for a fairer world.

On Instagram, the actress said that she debated whether to share her feelings. Her emotions had been running so high that it’s been keeping her awake at night. She said she wonders how she can explain the “unexplainable” to her daughter. She also asked herself whether she would need to break her daughter’s “beautiful divine spirit” to protect her.

It has taken me far too long to truly internalize the reality of the abhorrent, evil despicable truth of racism. My whiteness kept it from me. My upbringing of inclusivity, love and compassion seemed normal. I thought the majority felt like I did. I couldn’t imagine a brain that saw the color of someone’s skin as anything but that. Just a color. I was naive. I was childish. I was blind to those who treated my own sister differently because of the shape of her beautiful almond eyes. Or her thick gorgeous hair. Or her golden skin. I was a child. For too long. And now I weep.

Katherine Heigl didn’t just acknowledge that the colour of her skin had turned her blind to the injustices that were taking place but she also said that she’s done with trying to help and change those who continue to abuse minorities in a variety of ways. She also called out the “racists” for being weak and cowardly.

All in all, Katherine realized that trying to raise her daughters in a world where racism is very much well and alive is going to be an excruciating journey. She admitted that they were times when she tried her best to get those people to change their opinions but viewpoints, but the latest uprising has exhausted her. At this point, she wants to see justice more than anything else in the world. So that “racists” become terrified and think twice before even attempting to hurt a black man, woman, or child.

Katherine’s post underlines a couple of things: first, the actress has been reexamining her own role as a white mother of black and Asian girls. When conflicts arise over race relations, it’s never easy for multiracial families who then have to see the status of their entire family politicized. Katherine is one such mother who’s placed the safety of her own daughter above what’s considered Christian or what is considered civil. When people that look like your daughter are getting discriminated against, you have to open your eyes and put your priorities first.

Like Katherine, a lot of us have also been thinking about what it means to live in a world where racism and discrimination take place daily. As Katherine is understanding, motherhood and the challenges that motherhood poses keep revolving with the times. Just as you might have different issues to deal with when your daughter is five versus when she is fifteen, you also have to look at current circumstances to reevaluate how you’re parenting.

Ultimately, parents are preparing their children to face the real world. This means parenting also has to be transformed to fit with the crises of the real world. Which is why it’s an ongoing journey that will make us learn and change as we go. And it’s not just exclusive to parenting either. Any member of the society has to question their role and what they’re doing to either make things worse or better. Our development as human beings depends very much on how we respond to the changing world, and if we can continue to learn, listen, and grow as a result, then we’re just much better off than before.