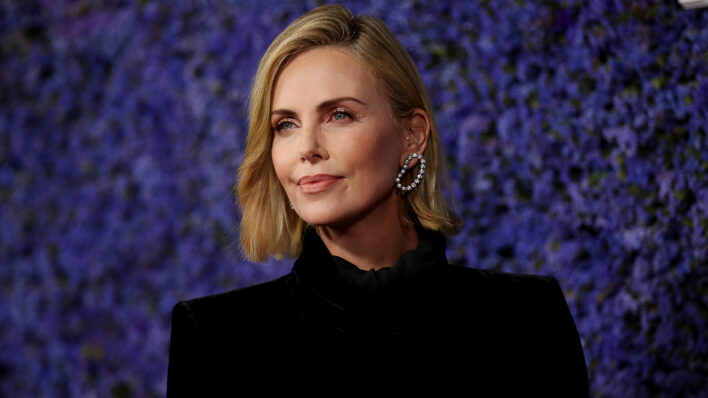 Charlize Theron Fought Through Trauma To Build Her Fulfilling Life

Charlize Theron appears to be just as fearless in real life as she is onscreen but very few people know of the childhood trauma that she had to overcome.
By Flavia Medrut    December 24, 2019

Charlize Theron appears to be just as fearless in real life as she is onscreen but very few people know of the childhood trauma that she had to overcome.

Charlize Theron is a strong woman on and off the cameras. In 2004, after winning an Academy Award for Best Actress for her turn as serial killer Aileen Wuornos in Monster, she proved to the world that she is also an excellent actress.

Now she is making waves for her latest movie, Bombshell, which tells a moving story about sexual harassment that happened at Fox News. Along with fellow actresses Nicole Kidman and Margot Robbie, Charlize portrays yet another a fearless character.

The 44-year-old unapologetic beauty now lives a life that is envied by many, but she recalls things not always being this way.

During an interview with National Public Radio, Theron openly speaks about her struggles as a child and young actress, living in an unhealthy family environment.

Charlize had a difficult childhood

As a child, she suffered from jaundice so she had no teeth until she turned 11. She had to take so many antibiotics that her teeth had rotten and had to be cut out. But as horrible as it might sound, this wasn’t the hardest test to overcome.

Theron remembers her father, Charles Jacobus Theron, who was an alcoholic and verbally abusive. She grew up with an unpredictable figure in the house, not knowing how her day was going to be. It all depended on whether her father would drink or not. It seemed like a hopeless situation and everyone was just stuck in it.

One night, the Theron household had turned into a horror movie set. In June 1991, after a night of heavy drinking, Charlize’s father set off to his house, particularly agitated by something.

Charlize knew that something bad was going to happen, as her aunt called to warn them that Charles was acting strange. When he got to the house, he shot the locked gate and began banging at his daughter’s locked bedroom door, shouting that he was going to kill her and her mother.

My father was so drunk that he shouldn’t have been able to walk when he came into the house with a gun. My mom and I were in my bedroom leaning against the door, because he was trying to push through the door. So both of us were leaning against the door from the inside to have him not be able to push through. He took a step back and just shot through the door three times.

After this reckless gesture, Charlize’s mother, Gerda, pulled out her own gun and shot Charles dead in an act of self-defense. “None of those bullets ever hit us, which is just a miracle,” she says. “But in self-defense, she ended the threat.”

Fortunately, Gerda wasn’t charged with a crime, and after recovering from the shocking event, Charlize admits that she would have done the same thing if her daughter had been in that situation.

Her closest relatives turned against her

While she had to live with the consequences of the tragic event, for which she underwent therapy, Charlize had to confront the situation again. The author, Chris Karsten, released a book Killer Women- Fatal South African Females, in which one of the cases depicted was that of her mother’s.

The author suspected that Gerda wasn’t entirely truthful while telling the story, and Charlize was absolutely furious when she saw that the book contained interviews with family members who had promised to remain quiet on the matter. Furthermore, her aunt denied that Charles was an alcoholic.

However, while Gerda’s situation was being decided, she encouraged her daughter to leave and chase her dreams. And so, she did.

Fighting for a dream and watching it collapse

At 16, Charlize won a modeling contest and went to Milan to pursue a career in the same field. She loved dancing more than anything and modeling proved to be just a means to pay for her real dream.

After spending a year broke, in a friend’s windowless basement apartment, her knees gave out and her dream came crushing down. She realized that she couldn’t dance anymore and that thought devastated her – Theron went into a major depression.

Again, Gerda encouraged her daughter not to give up and came up with a new idea. Charlize also liked acting. So what if she tried that instead?

Success did not come easy

Before she landed her first gig in 1995 in the movie Children of the Corn III: Urban Harvest, she was invited by a famous director to an audition at his home. When she arrived, the man was in his silk pajamas and drinking.

Clearly, he wanted more than to see Charlize’s acting talent. As soon as she realized his real intentions, she apologized and left in a hurry.

For years, she blamed herself for not telling him exactly what was on her mind, but the experience toughened her nonetheless and she went on to have a hugely successful career in Hollywood.

While taking on different roles, Charlize had to gain and lose weight several times. She was almost paralyzed when a stunt she performed for the film Aeon Flux went wrong and left a disc close to her spinal cord damaged. While filming the birth scene in The Road, she ruptured her vocal cords.

Her fight is not over yet

This Atomic Blonde is a fearless woman ready to take on whatever life has in store for her. She feels blessed to have two adopted children and as a single-parent, she hopes to live in a world where there’s less stigma about it. Her children are the main reason she’ll keep fighting.

Despite all the setbacks and tragedies in her life, Charlize Theron is one of Hollywood’s best actresses and, one role at a time, she proves that she has so much more talent left to show onscreen.

Overcoming such obstacles, builds a great character so in an award acceptance speech for Glamour 2019 Woman of the Year Awards, Theron passed on some of her willpower to her audience:

So tell your story. Be proud of it. Don’t worry about everyone liking you. It’s impossible. Wash your face, even when you’re really tired at night. Take risks. Radiate empathy like you’ve got a tap of it.

She did not let trauma define her

While Charlize’s childhood was traumatic, she has not been defined by it. Instead, the world knows her for the consistent and dedicated work she put in her acting career and in living the life she has chosen for herself.

Sometimes, the traumatic events from our past may seem impossible to escape but the truth is, the only way forward is by focusing on what we want to achieve. Charlize put in the work to rebuild her life, from a past of extreme trauma to the beautiful place she is at right now.

We all have that capacity to take the necessary steps towards a better place. Conscious effort and work are an undeniable, effective part of the process, as Charlize’s story