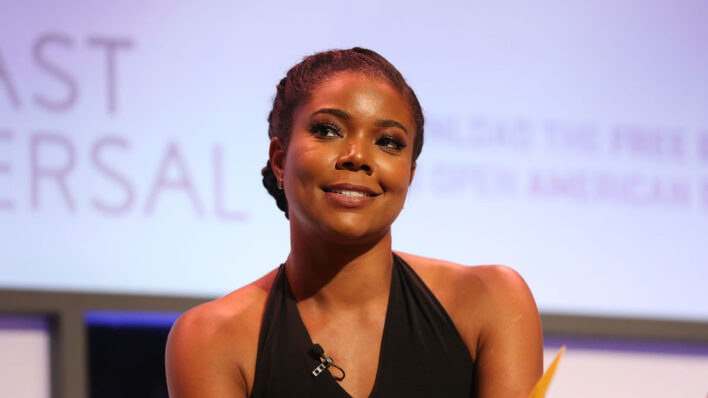 Gabrielle Union’s firing from the show America’s Next Top Model comes after reports of her objections to the various discriminating behaviors on set.
By Aly Walansky    December 23, 2019

Gabrielle Union’s firing from the show America’s Next Top Model comes after reports of her objections to the various discriminating behaviors on set.

When Gabrielle Union confirmed that she was no longer going to be a judge on America’s Got Talent, the news stirred major controversy. The sudden nature of the decision prompted many questions on the circumstances that surrounded her exit.

The show had enjoyed a boost in ratings while Gabrielle was part of the cast, as her husband, NBA player Dwayne Wade, mentioned on Twitter. “Men lie, Women lie, numbers don’t,” he said, alluding to Gabrielle’s popularity with the audience. A beloved actress, voice for positivity, and advocate for sexual assault victims, Gabrielle’s popularity is undeniable.

What then prompted her firing from the show? According to a report from Variety, a series of troubling events on the set may have led to her exit. And her refusal to stay silent might have cost Gabrielle her job.

Gabrielle stood against racism and a toxic environment

The controversy behind Gabrielle’s firing originates from several instances of discriminatory behaviors that she noticed during the production of America’s Got Talent.

First, when Jay Leno appeared as a guest on the show, he made a an offensive joke about Asians, which was recorded on camera. Gabrielle objected to that joke being included in the episode and asked for the producers to report it to the human resource department at NBC.

Gabrielle also contested to a specific audition being included in the lineup as it was racially insensitive. While the producers ultimately removed it from the episode, the live audience was still forced to witness it, despite her objections.

She also faced discrimination against herself. It was revealed that producers had told her multiple times that her hairstyles on the show were “too black” and that she needed to tone down the diversity of hairstyles.

Gabrielle consistently refused to stay silent on the many issues and the toxic environment fostered by the producers, which allegedly caused her untimely exit from the show.

She hopes to empower others

During a panel on female empowerment on December 16th 2019, Gabrielle hinted at her firing from the show, and gave a powerful message about the importance of using one’s voice to fight discrimination.

Don’t allow them to call you angry when someone else is called passionate. It’s terrifying. There’s a solid chance you’ll lose your job … I speak from experience.

She also revealed how she regrets having remained silent in the past when she could have used her voice to call out injustice. “I’ve got to call it out in real time,” she said.

For Gabrielle, being vocal is also a question of authenticity and finding her power. She acknowledges the risks that come with speaking up, especially when it is a woman of color who does it. However, she also wants to lead by example.

I’d rather lead, even if I don’t know where the hell I’m going … As long as I have air in my lungs, I will always try to cover us all and I will certainly try to center the needs of the most marginalized.

There is power in speaking up

While Gabrielle could have taken her firing with bitterness, she decided to focus on the good and positive forces in her life. She’s using this moment to teach others about empowerment but she does admit that it is no easy task.

“It is scary. It is terrifying and there is a chance you might lose your job — perhaps I speak from experience, but you have do what you can when you are in those rooms,” Union continued during the panel.

Despite the risks associated, she still urged people to make the right decisions when confronted with unfair situations.

Do your best to try to hold the door open and hold people responsible. Yeah, I’m asking you to do the impossible … I’m fully aware that job loss is on the table … but if you’re not doing it, nobody is.

Her story is an example of resilience

Gabrielle’s story is a powerful reminder of the importance of using our voice for good, especially when we witness injustice. She may have lost her position but she has gained much more by aligning her principles with her actions. She helped to shed light on issues that are still prevalent in the industry and paved the way for others to break the silence.

When we act according to what we believe in, we can only find more power within ourselves. It strengthens our integrity and makes us more prepared to face situations in the future where we may need to be vocal. Furthermore, by speaking up for what is right, we set an example for others by showing them how we want to be treated.