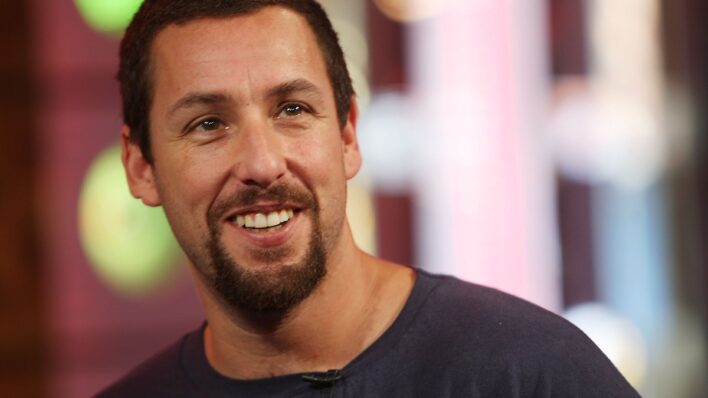 When he was a student, Adam Sandler’s professor told him to stop acting but the comedian did not listen and went on to have a successful career.
By Kawter    December 19, 2019

When he was a student, Adam Sandler’s professor told him to stop acting but the comedian did not listen and went on to have a successful career.

Adam Sandler will forever be known as one of Hollywood’s funnymen, thanks to his even if this title has lately challenged his credibility as an actor. With typecast roles and lackluster projects, many have questioned his capacity for range.

But Adam’s upcoming movie, Uncut Gems, may be his most serious role up to date, breaking the streak of unsuccessful movies he’s done lately. Critics have already flooded his performance with praises.

However, Adam’s journey to the Hollywood high ranks almost didn’t happen. While he was personally sought out by the directors Josh and Benny Safdie for his role in Uncut Gems, his potential for acting has not always been recognized.

From his professor advising him to quit acting to his reputation as nothing more than a funnyman, his journey to a critically-acclaimed performance, more than 25 years later, is a testament to his resilience.

Adam’s journey had a bad start

In his humble beginnings as a student at NYU, Adam was doing stand-up comedy show, racking in about 10 bucks a night. At the time, his aspirations were crushed by no other than his acting professor, who advised him to consider another career.

Brad Pitt tells the story in a special interview with Adam for Variety. He shares the anecdote from the funnyman’s past, which puts his entire career into perspective:

And he said to you, ‘I want to take you out for a beer.’ This is what I’m told. You guys went to a bar, and he kindly said to you: ‘Think about something else. You have to choose another path.’

Adam confirmed the story, which takes an ironic turn. Years later, at the height of his success, he bumped into the same professor at a bar. That time, he returned the favor by buying him a beer.

Then, he was fired from Saturday Night Live

Evidently, Adam did not heed his professor’s advice but he was nonetheless hit without another major setback early in his career.

Every aspiring comedian dreams of making it to Saturday Night Live, a show that has launched many renowned actors such as Tina Fey, Amy Poehler and Andy Samberg.

Adam ended up making it to the cast when he was only 23 years old. However, 5 years later, he was fired from the show with 2 years left on his contract.

The decision also included Chris Farley, Adam’s colleague and close friend. There was a solidarity in their misfortune, as Adam recalls on The Howard Stern Show: “But I remember when I saw Farley, and he said ‘Me too, they don’t want me either,’ we were both like ‘f— this s—.’ We got mad together, pretended we weren’t sad, pretended this was for the best.”

However, the actor now believes that the decision was all for the best.

Maybe I would’ve never left because I’m not good at saying goodbye. They had to get rid of me somehow.

Indeed, being fired was a catalyst for his subsequent success. Adam went on to write and act in a series of successful films, earning over $3 billion at the box office. In 1999, he also opened his own production company called Happy Maddison.

A tribute to his dear friend

Only 2 years after being fired from the show, Adam was hit with another hard blow. His dear friend Chris Farley passed away from a drug overdose. His death profoundly affected the actor but also prompted a return to the place where they initially met, 25 years later.

Adam Sandler was asked to host an episode of Saturday Night Live, a full-circle moment in his career. The comedian returned and closed the special with a touching musical tribute to Farley, in which he called him “the funniest guy [he] ever knew.”

From the very beginning, Adam knew that acting was his vocation. It was that very drive that helped him overcome the various setbacks in his career. As he tells CBS:

I was very driven, man. I don’t know what the hell was goin’ through my head. I wanted the Eddie Murphy. I wanted that.

While he has been plagued by a string of mediocre movies and a reputation for playing the same character, Adam finally broke the spell in his 50s. With Uncut Gems, he provides a performance that will surprise us all and proves that he still has it in him.

However, even when he recalls his bad cinematic phase, Adam remains positive. “I don’t have any downs. I love every movie I’ve made,” he told CBS. He took pleasure in the work itself, not in the way that it was received.

His story is a lesson in tenacity

His refusal to abandon his dream, no matter what the world told him, combined with a dedication to his craft, should inspire us to approach our passions and projects with the same degree of enthusiasm.

When we don’t let the outside world dictate our decisions, we set ourselves on the path that we truly want to follow. By focusing on the work itself and what makes us happy, we can only make inevitable progress towards our goals, whatever they may be.