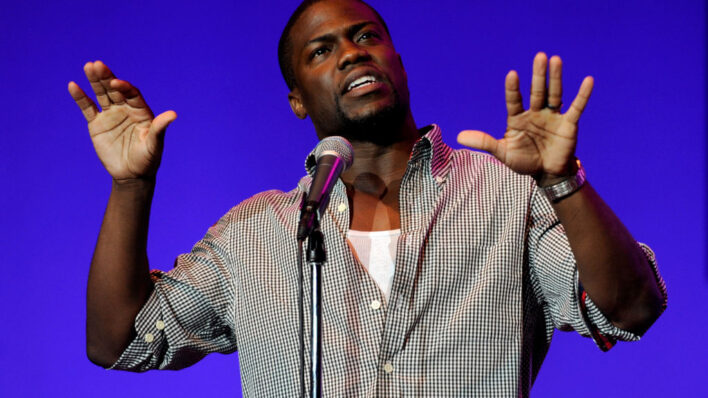 Whether it’s in his stand-up routines or offstage, Kevin Hart never misses a chance to express his appreciation towards his late mother and her lessons.
By Flavia Medrut    December 16, 2019

Whether it’s in his stand-up routines or offstage, Kevin Hart never misses a chance to express his appreciation towards his late mother and her lessons.

Born in 1979 in Philadelphia, Kevin Hart is a successful stand-up comedian and actor who has consistently made us laugh over the last decade. He has built an amazing career out of his talent for captivating storytelling.

The entertainer is highly ambitious and a man of discipline. These were probably the main ingredients to Kevin’s recipe for success, which helped him go from almost nothing to more than he has ever dreamed of.

He started small but his dreams were big

While Hart’s life is now made of hit movies and seriously funny stand-up comedy shows, it hasn’t always been like this. But no matter where he was in his journey, he’s consistently had the support of the most important person in his life: his mother. She greatly contributed to making his trajectory a little smoother.

The reason I am the way I am is because my mom was strong. It may have affected my mom, but my mom was such a strong woman.

His first job was sizing men and women for footwear, but he had bigger plans for his future. He needed a job to help ends meet but he quit as soon as he realized that he could become a performer.

Hart and his older brother were raised by single mom Nancy. With a spouse lost in a life of drug addiction, Nancy had to remain strong for her boys. She worked as a Systems Analyst and did everything she could so that her two sons would receive proper education and stay off the streets. She was a religious, loving woman, yet, as Hart often portrays her in his shows, also intimidating.

In an interview with Oprah, Kevin recalled the moment when he took the biggest decision of his life and the way his mother reacted to it. He knew what he wanted to do, but he couldn’t do it without any help.

His mother supported him despite her religious values

Nancy didn’t really agree to her son’s aspirations. She hated all the cursing during his performances but she was supportive nonetheless. As he mentioned during an interview with Oprah, his mother told him:

At first, Kevin didn’t do a great job in supporting himself. Regardless, he loved what he was doing and didn’t want to stop. He was building relationships that would later help him become famous. But at the time, meeting new people didn’t help to pay his rent.

This story of his beginnings and his mother’s help is one he has told many times. As he was about to get evicted, he sought his mother to ask for money. She insisted on telling him to read the Bible first before coming back to talk about his rent.

How was that going to help in such a situation? Well, once Kevin decided to open his Bible and read it just to please his mom, six cheques covering his rent fell out of it.

He was missing a little faith, but learned his lesson.

Kevin’s got many hilarious anecdotes involving his mother. If you’re a fan of his work, you’re probably familiar with what happened to him the first time he cursed in front of her.

Sadly, Kevin’s mother would not live to experience his breakthrough success, as she died of cancer in 2007. Hart only knew his mother was gravely ill a few weeks before her death.

He was devastated because he lost the person who believed in him and taught him to be the tireless and determined man that he is today.

As a religious person, Nancy Hart wasn’t the biggest fan of her son’s work and she didn’t talk too much about his career. She was, however, as supportive as it gets and proud of his success.

When he was cleaning out her house, Hart found a box filled with newspaper and magazine clippings of his interviews.

Anything I’d ever done, she had it […] She never missed anything.

The values she instilled in her two sons also remained. Kevin and his brother forgave their father for being absent during their upbringing and eventually helped him get through rehabilitation.

Regardless of my upbringing and the way I was raised and how often he was in my life, he’s my dad. I have a positive outlook on life regardless, and I’m going to love him because he’s my father.

The eternal appreciation of a son

He’s also a fitness enthusiast with a strict schedule. He gets up every morning at 5:30, hits the gym, and then takes care of business. From entertainment to fashion, to wellness and financial education, Kevin Hart is now a business tycoon and one of the biggest stars on the planet.

His mother’s lessons live on

Hart mentions his mother almost every time he talks about his accomplishments. He knows that he wouldn’t have become the person he is today if it weren’t for the effort she put in raising him. Nancy encouraged him to always have a positive outlook on life and never give up on his dreams.

The values imparted by a mother, or by any role model, often help us in figuring out what kind of life we want to lead. Being grateful for the lessons and aligning our actions to these values, much like Kevin did, enable us to unlock our potential.