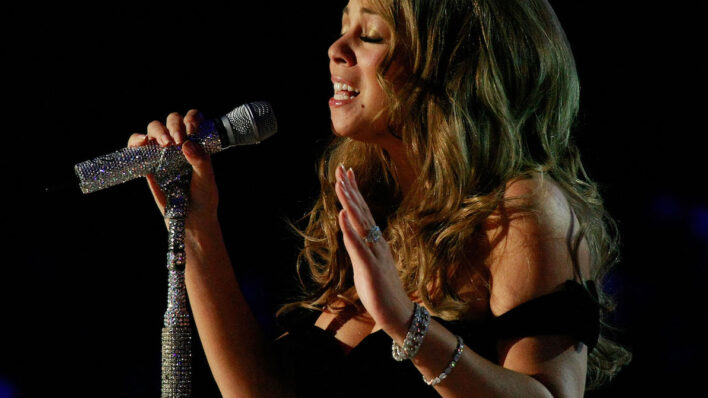 At Her Lowest Point, Mariah Carey Turned Vulnerability Into Strength

Mariah Carey opened up about her struggles with bipolar disorder II, allowing herself to beat her vulnerability, and thrive in her career.
By Aly Walansky    December 22, 2019

Mariah Carey opened up about her struggles with bipolar disorder II, allowing herself to beat her vulnerability, and thrive in her career.

To many, Mariah Carey is the queen of Christmas, or at least the Christmas season. This diva has seen many ups and downs in her personal and professional life. However, her undeniable talent (and a timeless Christmas song) keeps her coming back.

Her career has had some highs and lows, but it’s also undeniable that Mariah Carey is one of the most successful performers of all time. And that is the result of a lot more than one super successful song.

A song as resilient as its singer

“All I Want For Christmas Is You” has been around for over two decades and is, at this point, almost as closely associated with Christmas as is Santa. Perhaps, it tends to be played too much around this time of the year, but there’s a reason why it is so uniquely popular. It’s romantic, even a bit sensual but without feeling raunchy or risqué.

It is also nostalgic and recalls the joy of the Christmas season, one we experienced as children, but adapted to adult life. At a time where people feel just a bit jaded, it’s a beautiful reminder of the simple beauty of life and Christmas.

Is it the greatest song of all time? Probably not. But it may be one of the greatest holiday songs of our generation, and that’s why it keeps coming back, along with Mariah.

Over time, Mariah Carey has gotten a bit of a reputation for being a diva and there’s always been evidence to back that up. In an interview with the Guardian she confirmed that she does indeed bathe in milk but denied having ordered 20 white kittens and 100 doves for her 2009 Christmas show at the Westfield shopping centre.

The abundance of speculation and stories relating her diva tendencies, whether they are true or not, has only increased her appeal for many.

But Mariah was a big deal even before a Christmas song made her a legend. When she was only 18, she signed with Columbia Records. That first album had four number 1 singles, including “Vision of Love” and “I Don’t Wanna Cry.” She went on to have many more top hits and albums, which to this day, still move people.

She received a life-altering diagnosis

However, her prolific and successful career also took a toll on her. In 2001, she had a “physical and emotional collapse” while promoting her album Glitter. She remained in the hospital for two weeks, but came out strong and went on to release more albums that were also wildly successful.

Years later, she revealed that she’d actually been struggling with bipolar disorder, which had been diagnosed after her collapse. In a 2018 interview with People, she said:”Until recently I lived in denial and isolation and in constant fear someone would expose me.”

“It was too heavy a burden to carry and I simply couldn’t do that anymore.”

By speaking up about her condition, she wanted to help others dealing with similar struggles: “I’m hopeful we can get to a place where the stigma is lifted from people going through anything alone. It can be incredibly isolating. It does not have to define you and I refuse to allow it to define me or control me.”

She came back stronger than ever

Carey has sold more than 200 million albums worldwide, making her the third best-selling female artist of all time, according to statistics from the Recording Industry Association of America.

But Mariah has also diversified her portfolio of work. In 2012, she became a judge on American Idol. And 4 years later, she began a Las Vegas residency and starred in a holiday movie on the Hallmark Channel.

Outside of her incredible work in music, Carey is also active in charity and humanitarian work. She is often doing fundraisers for The Fresh Air Fund, a nonprofit agency that provides free summer vacations to disadvantaged children in New York City. She is also the co-founder of Camp Mariah, one of the organization’s initiatives.

Her story is a powerful lesson about vulnerability

Mariah Carey is the total package, with a whole lot of talent and experience behind her. She did not allow herself to be defined by her mental health or the setbacks she encountered throughout her career.

Her willingness to be vulnerable by opening up about her mental health only made her stronger. It enabled her to reach a place where she can give back to others and thrive even more in her career.

Vulnerability can be a strong starting position for the changes we want to enact. As Mariah’s story shows, we can build a stronger version of ourselves by embracing our weaknesses.