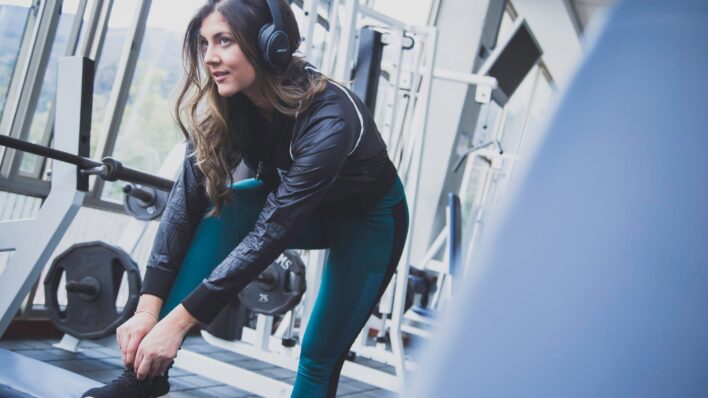 Music has an unrivaled power. It moves us to action, inspires us to do better, motivates us to push through
By Matt Valentine    July 12, 2018

Music has an unrivaled power.

It moves us to action, inspires us to do better, motivates us to push through challenges, and comforts us when things are dark.

There are a lot of amazing songs out there. And there are countless inspirational ones because they’re so personal to your life story. However, once you find that one song that touches you, it can evoke impactful emotions and actions.

I probably get most of my inspiration through music.

Having said that, time and attention were put into crafting the list below, so you’re bound to find a few that strike a chord with you (or remind you of a special time).

In no particular order, here 30 of the most inspirational songs of all time:

“Not Afraid” by Eminem is all about standing up for yourself, something that isn’t talked about enough in general. If you need a little confidence to face something– or someone– this is the song to listen to.

“Dream On” was written by Aerosmith frontman Steven Tyler when the band was down on its luck. Needless to say, it worked out for them and we have this incredible ballad about going for our dreams as a result.

“Can’t Hold Us” by Macklemore & Ryan Lewis is one of my favorite songs to exercise to. All of the songs on this list are inspirational, but this one combines the inspirational message with a ridiculously energizing melody.

4. “Somewhere Over the Rainbow” by Israel Kamakawiwo’ole

Originally sung by Judy Garland in her role as Dorothy in The Wizard of Oz, this cover of Harold Arlen and Yip Harburg’s “Over the Rainbow” became an instant classic when Israel “IZ” Kamakawiwo’ole’s version was discovered. The song is all about getting to brighter pastures and IZ’s version is especially fitting for the message.

Another personal favorite, Eminem’s “Lose Yourself” will make you feel like jumping up and running out the door to make something happen. If you’re ever waning in motivation, listen to this.

One of the single most inspirational songs of all time (top five?), “Don’t Stop Believin’” by Journey is all about persisting through the tough times and realizing greatness, whatever that might be to you.

If you’ve had something you needed to do for a while but have been putting it off, just listen to this song. It’s now or never. Enough said.

Already known for putting out hit after hit–“Crazy in Love,” “Single Ladies” or “Love on Top” anyone?–Beyoncé served the world a masterpiece with the song “Formation” from her album Lemonade.

Combining social commentary and a powerful, rhythmic call to action, “Formation” is guaranteed to make anyone feel like they can charge of their own lives, and change for the better.

“Imagine” is a unique song compared to the rest on this list but it’s as relevant now as it’s ever been (maybe even more so). Lennon’s instant classic inspires a vision of a better world and how we can all share in that vision together– and make it a reality.

Somehow, I feel like it would be a crime not to include a Beatles song on any “best songs” list. Well, we can check that off.

In all seriousness, “All You Need Is Love” reminds us all of the power that love has in our life and that it truly is not just the most important thing but all we need. If you’re a fan of quotes about love or moving lyrics, then this song is a perfect match

Beautiful holds a message that is both highly relevant and powerful, especially for anyone who’s gone through a difficult relationship or other experience that has led them to question themselves and their inner beauty.

One of many Michael Jackson classics, this is a personal favorite. But it’s not on this list for that reason. “Man in the Mirror” is all about looking at yourself and realizing that you can– and should– make a change, not just to better yourself but to make the world a better place.

Mariah Carey’s “Hero” is about reminding you that you can be your own hero. It’s a message that has, and always will, stand the test of time.

I can still hear Queen’s “We Are The Champions” ringing in my head from all those basketball games I went to when I was a kid. Easily one of the single most inspirational songs of all time. Nothing much more needs to be said.

In “Firework”, Katy Perry reaches into our soul and speaks to us about what it’s like to be human. It’s an anthem about our shared challenges and what its like to feel as though you’re not worthy. Given the lyrics, it’s no surprise Perry’s “Firework” has made such an impact on so many.

There are times in our life where everything seems to be going wrong and we’re hanging by a thread. “Livin’ On a Prayer” by Bon Jovi is one of the best songs ever written to listen to if you’re struggling.

Come on. COME. ON. You didn’t think we’d make a list like this and not include “Eye of the Tiger,” did you? This is one of the most energizing, motivational songs known to humankind.

There are a few songs on this list that will make you feel like you’re a winner. “Hall of Fame” by The Script is one of those songs. The song will remind you of your worth and what you can accomplish.

“Stronger” by Kelly Clarkson is the quintessential song to put on when you’ve just been hit by a challenge and need to find the strength to pick yourself and keep on goin’.

Skyscraper is a song with many fans, many of whom say the song saved them during a troubled time in their life. It’s not nearly as well-known as Lovato’s other hits, however, it has easily one of the most powerful set of lyrics ever written.

This empowering ‘90s classic speaks for itself. This confidence-boosting anthem will inspire you to set your goals and conquer your day, while embracing the challenge. Go get ‘em tiger!

If you’re looking to improve your work productivity, this is the ultimate jam. “Harder, Better, Faster” reminds us that no goals are ever achieved without hard work.

23. What a Wonderful World – Louis Armstrong

One of the most, if not THE most, uplifting songs of all time, “What A Wonderful World” reminds us to look for and appreciate the beauty in the little things. There is enough good in the world to keep us motivated and inspired to live it up, no matter how tough things can get.

24. Started From The Bottom – Drake

It’s hard to NOT be motivated to put in the work and achieve your goals when listening to this track by Drake. The rapper shares his road to success and reminds us that even if we’re only starting at the bottom, we have the potential to reach great heights.

Anyone remember Beyonce before Jay-Z? ‘Survivor’ by Destiny’s Child is definitely one of those songs that’ll inspire you to reflect on your personal strength and resilience, and remind you that you too have the power to turn a negative situation into a positive one.

One of Bowie’s best love songs, this timeless classic is all about hope and optimism in the face of injustice. An anthem for the oppressed, Bowie’s performance of the song in 1987 in West Berlin was considered to have been a motivator behind the Berlin Wall’s eventual fall.

27. I Will Survive – Gloria Gaynor

One of the greatest girl power anthems in existence, this song is pretty straight forward. ‘I Will Survive” is all about self-empowerment, recognizing your worth, standing up for yourself and thriving in the aftermath of heartbreak and disappointment.

Whether you’re looking for a bumping workout jam or just something to boost your mood, you can count on Kanye’s ‘Stronger’ to get you pumped. The message is simple and it’s worth repeating: ‘that that don’t kill me
can only make me stronger’.

One of many inspirational songs by the late ‘King of Pop’, ‘Heal The World’ is all about bettering ourselves for the greater good. It’ll inspire you to look inward and find compassion for others. We’re all in this together.

30. Save the World – Swedish House Mafia

Feeling blah? This upbeat track by Swedish Mafia will remind you that ultimately, it’s up to you to pick yourself up, find your motivation and reclaim your power.