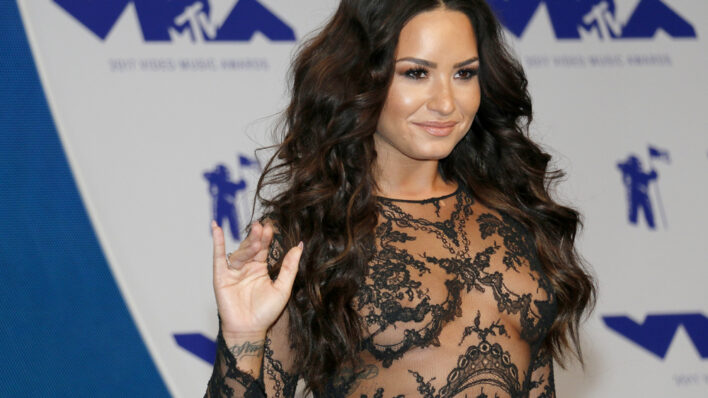 Demi Lovato Opens Up About Having Suicidal Thoughts at 7, Sends Powerful Message About Recovery

Last Friday marked Demi Lovato’s sixth sober anniversary, and she made sure to tell her fans about it during a
By Anouare Abdou    March 21, 2018

Last Friday marked Demi Lovato’s sixth sober anniversary, and she made sure to tell her fans about it during a

Last Friday marked Demi Lovato’s sixth sober anniversary, and she made sure to tell her fans about it during a Brooklyn concert.

“Yesterday was a really big day for me. Yesterday, six years ago, I was drinking vodka out of a Sprite bottle at nine in the morning, throwing up in the car, and I just remember thinking, ‘This is no longer cute. This is no longer fun. And I’m just like my dad. So I took a look at my life and I said, ‘Something has to change, I’ve got to get sober.’ So I did.”

But before taking the courageous steps needed to recover from addiction and becoming the advocate for mental health awareness she is today, the singer spent most of her life fighting dark, toxic thoughts.

Lovato opened up about her struggles with depression in an interview with Dr. Phil, revealing that she even had suicidal thoughts as a young child:

“The very first time that I was suicidal was when I was seven, and I had this fascination with death,” the singer said. “I have experienced things that I’ve not talked about and that I don’t know if I ever will talk about. But at seven, I knew that if I were to take my own life that the pain would end.”

Being bullied didn’t help with her depression, and Lovato started cutting herself, one of the many self-destructive coping mechanisms she developed throughout the years. She told Dr. Phil her mom was afraid of opening the door to her room in the morning because she didn’t know whether she would find her daughter alive or not.

Here’s where things get inspiring. First, the fact that Lovato has been in recovery for six years and openly talks about topics like self-love and breaking the mental health stigma is inspiring in itself.

But the words she shared with Dr. Phil after revealing the darkness of her struggles are words to remember forever if you’re going through difficult times:

“Reach out to people. Don’t hold it inside—don’t isolate. Reach out to people, whether it’s close friends, family. If you feel like you don’t have anybody, look within yourself and try to find that resilience that will ultimately get you through whatever it is you’re going through. Every single person on this planet is worth life.”