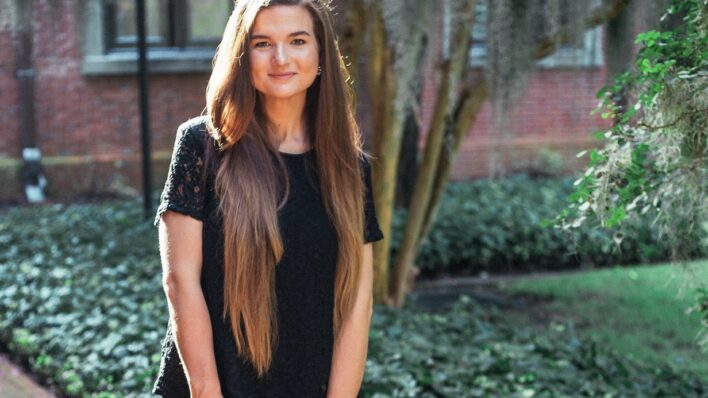 She transformed her pain into strength and power. On her 22nd birthday, Kathleen Golding weighed 325 pounds and had come
By MJ Kelly    March 2, 2018

She transformed her pain into strength and power.

On her 22nd birthday, Kathleen Golding weighed 325 pounds and had come to hate the person she had become. Little did she know that things were about to turn around. Her desire to lose weight started at a very young age. She remembers being in elementary school and having to get a note from her pediatrician granting her permission to start a Weight Watchers program.

At 21, she found herself struggling with depression and anxiety. Golding used food as a coping mechanism and developed a binge eating disorder.

She remembers the moment everything changed. It was a hot and muggy summer’s day in 2015 and she was working on a video shoot. She had declined an invitation to the amusement park earlier in the day because she knew she wouldn’t be able to fit in the rides and had a doctors appointment coming up to get started on diabetes medication.

At that point, she was already having a bad day and, to make matters worse she got made fun of by a group of strangers. “A man pointed my legs out to one of his friends and they all started laughing. I immediately knew why and I just started to cry,” she says. I stopped shaving my legs because it was difficult to reach my calves and that was funny to them.”

Tears rolling down her face, she got back into her car and decided to begin the process for gastric bypass surgery.

“I look back on that moment and find strength from it because I took my life back that day,” she says. She committed in that moment to do whatever it took moving forward to become healthy.

“That day was just a crack on the surface of who I was to become.”

On the day of the surgery, she remembers feeling like something clicked. “I remember looking at myself in the bathroom mirror and saying you “Today you are changing your life. You will not give up and you will not fail.”

Today, her relationship with food has changed but, more importantly, she’s discovered and values her self-worth. Now 26, Golding feels good about herself and is excited for the future. She’s come to recognize that developing the awareness that only she is responsible for her own happiness was the key to her success.

“You have to do it for yourself. That is the sole thing that will keep you going on days where you just want to give up,” says Golding.

“Understanding and believing that you deserve to reach your goals makes all the difference in the world.”