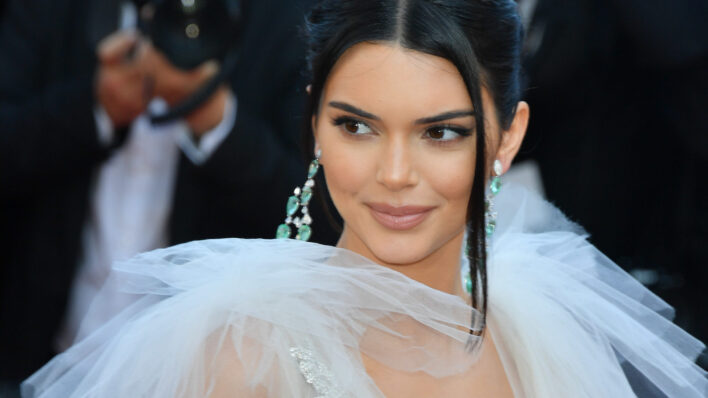 On the surface, Kendall Jenner appears to be the pinnacle of success — she comes from a wildly successful reality
By Kaitlyn McInnis    August 7, 2018

On the surface, Kendall Jenner appears to be the pinnacle of success — she comes from a wildly successful reality TV family, sure, but she’s also garnered success in her own right. Just last year she was named the world’s highest paid supermodel, beating out Gisele Bündchen’s 15-year reign. She’s the face of countless brands, has a clothing line of her own, and commands the attention of a cool 93.5 million Instagram followers.

It would be easy to assume that Jenner’s success equates to personal fulfillment and wellbeing, but in a candid interview with Harper’s Bazaar last year, Jenner revealed that her “debilitating anxiety” had gotten to the point where she would “wake up in the middle of the night with full-on panic attacks.”

In her most recent interview with LOVE Magazine, Jenner reveals how she has learned to manage her anxiety over the years, painting a clear picture of the importance of making time for self-care and being open to the idea of saying no.

Don’t be afraid to say no

“Last season I didn’t do any shows. Just ‘cause I was working in LA and I was like “Oof, I can’t right now – I’m gonna go crazy”,” she told LOVE, “I was on the verge of a mental breakdown.”

Being the highest paid, most coveted model in the industry, the fashion world noticed when Jenner skipped fashion month almost altogether, but she felt it was something that she needed to do for her personal wellbeing and longevity.

It’s easy to get caught up in the rat race of balancing a career and a personal life, but it’s vitally important to take time to heal, or to rest, in order to persevere in the long run, especially if you suffer from anxiety.

Lean into the love of friends and family “Everything is so horrible, it’s hard to name one thing,” Kendall has previously said when asked about the root of her anxiety. “I just think that the world needs so much love. I wish I had the power to send Cupid around the planet, as cheesy as that sounds. You go online and you see everyone saying the worst things to each other, and it’s hard to stay positive. It’s hard not to get eaten alive by all the negativity.”

Along with taking a break from her overbooked schedule, Jenner has also made a point to flat out avoid reading the comments on her social media pages. Instead, she leans on the support of her friends and family to create a sense of normality and a positive space to work against the negative forces that pull her down.

“I think Instagram is still a fun place for the most part,” she told Harper’s Bazaar. “I like going on and seeing what people are up to, but I mostly follow stupid accounts with pictures of puppies and little baby animals and people saving animals.”

Just this week, a now-deleted tweet calling Jenner ‘despicable and self-absorbed’ caught the attention of sister Kim Kardashian, which promptly resulted in Kardashian coming to Jenner’s defence while alluding to her mental health issues.

Do u know Kendall? She’s the complete opposite &is the most generous,compassionate person I know! Her being standoffish is anxiety that paralyzes her which u take as rude! Only a despicable, entitled,unsympathetic,sadistic, uncharitable @self-absorbed human would write this tweet https://t.co/9Wwd9orILO

If Kendall Jenner can stay on top as the highest paid, most coveted model, while still carving out the space to take care of herself and manage her ‘debilitating’ anxiety, there’s certainly something to be said about prioritizing self-care and putting your mental health above your superficial obligations.