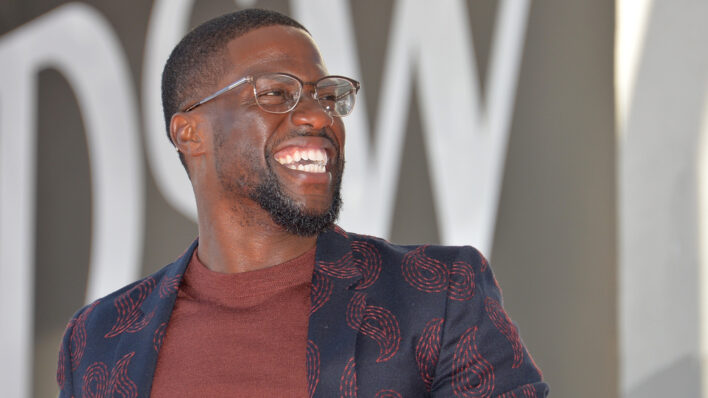 Actor and comedian Kevin Hart survived a car crash this year that left him with physical injuries and a serious change in perspective.
By Aly Walansky    October 31, 2019

Actor and comedian Kevin Hart survived a car crash this year that left him with physical injuries and a serious change in perspective.

Celebrities seem to be on top of the world. They have money and power and fame, and we all want to be them. But everything can change in an instant.

An example would be actor/comedian Kevin Hart, who shared that his “world is forever changed” after surviving a car crash that left him with a serious back injury earlier this year.

In recovery, he underwent physical therapy just to be able to walk again.

Hart recently posted a video on his personal Instagram in which he thanked his friends and family and fans for their support and took some time to reflect on how his perspective has changed as a result of his accident.

“When God talks, you got to listen, and I swear life is funny. Because some of the craziest things that happen to you end up being the things that you needed most. And in this case, I honestly feel like God basically told me to sit down,” Hart says.

When you’re moving too fast and doing too much, sometimes you can’t see the things that you’re meant to see. After my accident, I see things differently.

“I see life from a whole new perspective. My appreciation for life is through the roof,” Hart says in the video, which also included footage of him at home with his three children and news reports following the car accident.

Hart’s message to his fans and anyone else watching was to never take today for granted. The comedian and actor reiterated that he’s “thankful for life” and is looking forward “to an amazing 2020.”

Hart teaches an important lesson. As rough as things seem to be, and as many curve balls as life throws us, always be grateful for what we have, and what the future may hold. Sometimes we do our greatest growing through pain.