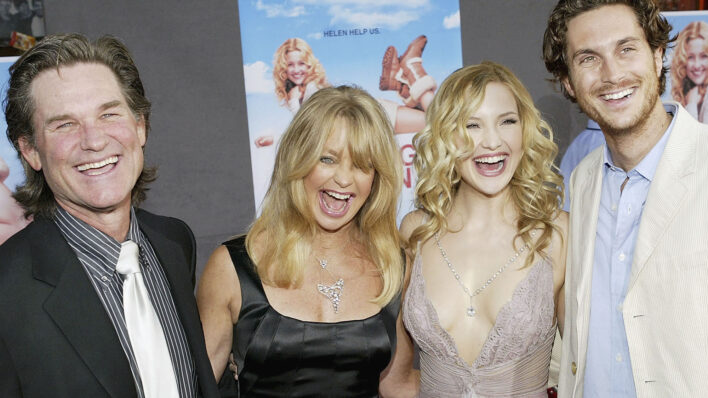 When Kurt Russell fell for Goldie Hawn, he was ready to step up and be a dad to her kids Oliver and Kate Hudson when their dad wasn’t around.
By Barbara Pavone    August 16, 2019

When Kurt Russell fell for Goldie Hawn, he was ready to step up and be a dad to her kids Oliver and Kate Hudson when their dad wasn’t around.

In fact, through their four decade-long romance, they haven’t done much by the book. They’ve never gotten married; they’ve raised a beautiful blended family; and they’ve mastered the perfect work-life balance.

By choosing to follow their hearts, stay true to themselves, and unapologetically do what’s right for them, Hawn and Russell have built a nearly perfect relationship and there are plenty of lessons to be learned from their long and unusual journey.

Here’s what we can learn from Kurt Russell and Goldie Hawn:

Goldie Hawn and Kurt Russell first met on the set of 1968’s The One and Only, Genuine, Original Family Band and although there was an instant attraction, the timing simply wasn’t right. As Hawn told BBC Radio 4 in 2012, “I was 21 and he was 16. I thought he was adorable, but he was much too young.” The two budding actors went their separate ways.

When their paths crossed for a second time years later on the set of 1984’s Swing Shift, age was no longer an issue, but there was a big problem: “We both said we would never go out with another actor,” Hawn told the BBC.

Some rules are meant to be broken, however, and once again, she went with her instincts.

“He was so good-looking, but he had no pretense about him,” Hawn told People in 2017. “I could tell right away he wasn’t a womanizer.”

Goldie gave him a chance and agreed to a night out after work under the pretence of practicing a dance scene. The rest was history.

Kurt Russell stepped up to the plate

When Hawn and Russell began dating, he already had a son — Boston Russell — with his ex-wife, Susan Hubley, while she had two children — Oliver and Kate Hudson — from her marriage to Bill Hudson.

Trying to blend two families, especially with young children, could have easily posed a challenge, but instead, Russell stepped up to the plate, big-time.

As Kate and Oliver’s estranged father left the picture, Russell embraced his new role as a dad to two more kids. It was this very openness that made Hawn certain she had picked the right partner.

Over the years, both Oliver and Kate have spoken about their struggles with their biological father with Kate once saying, “I think we both probably suffered differently and very similarly to anybody who feels abandoned by a parent.”

In 2015, Oliver even went as far as to wish Bill “Happy Abandonment Day” on Father’s Day, prompting the latter to publicly disown him and his sister. “I would ask them to stop using the Hudson name,” Bill told the Daily Mail. “They are no longer a part of my life.”

Despite the pain and drama that stemmed from their strained relationship with Bill, the Hudson siblings were lucky enough to get everything they needed from Russell.

As Kate told The Howard Stern Show in 2016, “The trust I got from [Russell] in terms of his dependability was priceless for me. He is so honest, so brutally honest. I love him so much; he is just a great guy.”

They struck the perfect balance

In 1986, Hawn and Russell grew their family further with the arrival of baby Wyatt Russell, and not once did they miss a beat. But they didn’t just master the art of raising a blended family — they also learned how to perfectly complement one another.

As Hawn explained in 2007, it’s all about being the perfect team without losing your individuality. “I think the secret is to know when to depend on somebody and when not to,” she said. “It’s important that you are able to hold up your side of the house. I believe that one person can’t bear the whole burden because then their shoulders start getting heavy.”

In 2015, she elaborated, “It’s also about not losing yourself in each other.”

Figuring out how to balance their love with their impressive careers was also key. Speaking with The Daily Mail, Russell revealed, “I very rarely worked when I knew Goldie was going to be working. And vice-versa. Which meant we could be together.” Sharing a real-world example, he added, “There was a movie I was going to be paid a lot of money for […] but it came when I’d just done two pictures in a row and Goldie was about to go to work, so I had to turn it down.”

They play by their own rules

If there has been one constant in Hawn and Russell’s 40-plus-year relationship, it’s been their commitment to playing by their own rules. They still haven’t walked down the aisle — “I already feel devoted and isn’t that what marriage is supposed to do?” Hawn noted in 2007 — but they don’t need to.

They’re as smitten as ever, remain devoted to their growing family (which now includes six grandkids), and continue to work and make movies. Because when you strike the right balance and remain true to yourself (and your partner) you can truly do it all.