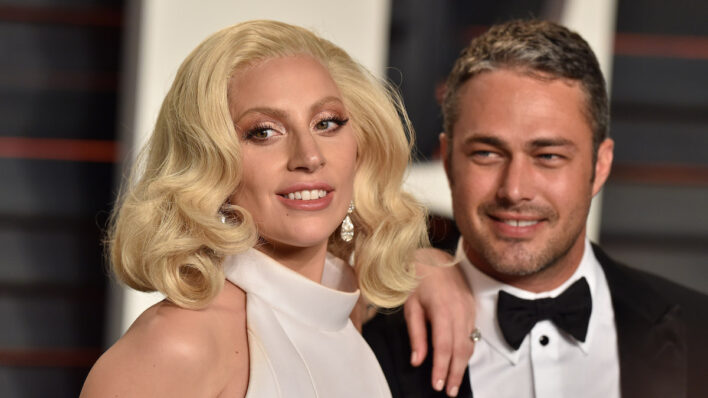 When Lady Gaga and Taylor Kinney broke up, the world mourned the incredibly cute pair. But the breakup is also an inspiring lesson for us all.
By Shaoni Das    August 6, 2020

When Lady Gaga and Taylor Kinney broke up, the world mourned the incredibly cute pair. But the breakup is also an inspiring lesson for us all.

As one of the most famous women in the world, Lady Gaga is undoubtedly used to the public prying into her private life. It’s one of the many hazards of being a celebrity. While people idolize you for your incredible works of art, they also tend to examine and scrutinize you for the choices you make on the personal side of things.

Lady Gaga is someone who’s been heralded as a feminist icon in many circles, and for good reason. She is bold, she is brave, and she never shies away from being herself. Though she’s had her own challenges with feeling insecure at certain points, this is someone who pours her heart and soul into every undertaking, including romantic relationships.

Perhaps that’s why her break-up with ex Taylor Kinney becomes a learning lesson to a lot of folks out there. Relationships are messy and there is hardly ever one single reason why they dissolve. But if you look closer into the relationship and its subsequent decline, there seems to arise one particular factor that eventually brought down their engagement.

The way in which Lady Gaga handled the break-up, focused on her passions, and dared to find love all over again tells us how we can approach the relationships in our own lives. It’s not always easy or enough to model our lives on celebrity behavior but sometimes, and only sometimes, it’s worth it.

Isn’t that the most typical but upsetting revelation ever? It’s no surprise that women often feel pressured to take it easy with their careers, lest they upset some of the jealous, easily-threatened men in their life. It turns out a similar struggle had erupted between the Mother Monster and Taylor Kinney.

While shooting her documentary Gaga: Five Foot Two, the singer provided a lot of insight into her relationship with Taylor at the time. At one point, she said, “Me and Taylor are fighting, so that sucks. My threshold for bull**** with men is just — I don’t have one anymore. In relationships, you have to move together.”

Those were the first indications that there was trouble in paradise. The pair had met on the set of Lady Gaga’s ‘You and I’ music video where the male actor-model played her love interest. They dated for around four years before getting engaged in 2015.

But whereas other couples look to building their happily-ever-after upon engaged, Gaga and Taylor’s relationship went in the opposite direction. In another behind-the-scenes video from her documentary, Gaga hinted at what really led to the disintegration of their relationship.

My love life has just imploded. I sold 10 million [records] and lost Matt. I sold 30 million and lost Luke. I did a movie and lose Taylor. It’s like a turnover. This is the third time I’ve had my heart broken like this.

Her statement clearly implies a couple of things. First, Gaga’s achievements in music and film didn’t go over well with her ex-boyfriends. Whereas the first two names mentioned in her statement referred to her overwhelming success in the music industry, Taylor’s name has been brought up in connection with her choosing to do a movie.

It’s unfortunate that Gaga has had to put up with lovers who resented or couldn’t handle her larger-than-life career. She’s always been driven by her passions. The fact that they pursued the relationship knowing full well about her motivations reflects much more poorly on them than it does on her.

Despite everything, it was as romantic as a break-up could be

Though Taylor was said to be resentful or intolerant of Gaga’s thriving journey, you’d hardly be able to tell that from Lady Gaga’s break-up announcement. As many celebrities opt to do so nowadays, Gaga took it upon herself to break the news that she and her fiance were calling it quits.

The Instagram post was sweet and heartfelt, so much so that it left many fans hopeful that the duo would get back together one day. However, it hasn’t happened yet.

Taylor and I have always believed we are soulmates. Just like all couples, we have ups and downs, and we have been taking a break. We are both ambitious artists, hoping to work through long-distance and complicated schedules to continue the simple love we have always shared. Please root us on. We’re just like everybody else and we really love each other.

Though the post did seem promising, the two seemingly never worked out their differences. But that doesn’t mean that they are bitter exes. Taylor sent flowers to Gaga on the day of her Superbowl halftime show, which Gaga decided to put out “nice and proud.” Taylor even attended one of her shows in Chicago nearly two years after their break-up.

Just because they don’t appear to be solid friends following their break-up doesn’t mean that it was necessarily hostile. In fact, it’s rather very mature of them to recognize what was not working for them and then decide to amicably go their separate ways.

Like most adults, Gaga wasn’t going to sit around and pout in the wake of a break-up. She pursued another long-term relationship with celebrity agent Christian Carino; this, unfortunately, didn’t last, either. Last December, she began a relationship with tech entrepreneur and philanthropist Michael Polansky.

From the get-go, she hasn’t been afraid to show off their relationship on social media. Sources have gone on record to claim that Gaga is madly in love with Michael. And her social media posts seem to confirm that. A love quote from Valentine’s Day tributes to calling him “the love of my life” in one interview, Gaga has never been as forthcoming about a relationship this early on. Michael’s also been helping her with a number of charity and mental health initiatives.

It’s anyone’s guess as to why Gaga has chosen to so openly display her love for Michael. But one key point could be that he’s one of the few non-celebrity figures she’s been with recently. Gaga has discussed the pains of being in the public eye so perhaps it’s a refreshing delight for her to be falling in love with somebody who doesn’t come with his own set of fans or celebrity connections.

Whatever it may be, it seems like Gaga has struck gold. While discussing her breakup with Taylor, Gaga had mentioned how difficult it was for her to find a man that would match her sense of love and passion. Perhaps Michael has been providing the level of love she could never find in Taylor.

I think women love very hard. We love men. We just love with everything we have. And sometimes I don’t know that that love is met with the type of dignity that we wish it would be met with. You know, we’re not trying to make you less of a man. We just want you to love us as deeply and as wholesomely and as fully as we love you.

Find out what you deserve and move on

Breakups are as commonplace as relationships themselves. They’re part and parcel of deciding to fall in love, so there will be some bonds that will invariably break down over time and you’ll have to deal with the repercussions.

With Lady Gaga and Taylor Kinney’s relationship, we can safely say that Gaga realized that Taylor would never give her what she wanted: love, understanding, and a life free of resentment. But instead of making a scene and opting for a dramatic break-up that grips the headlines, the two quietly decided to part ways.

It should be indeed be praised when two adults decide to take the high road such as this. Because chances are, you’ll find somebody special waiting for you in the corner when you’re not looking. Someone who checks all the boxes that your ex left empty.

We’re not saying that you may have found your soulmate but rather it’s important to keep an open mind. Therefore, the next time you feel like your relationship is going through a rough patch, ask yourself a couple of questions: what do you deserve, and what do you want? If the person you’re with isn’t giving either, then it’s time to count your blessings and move on.