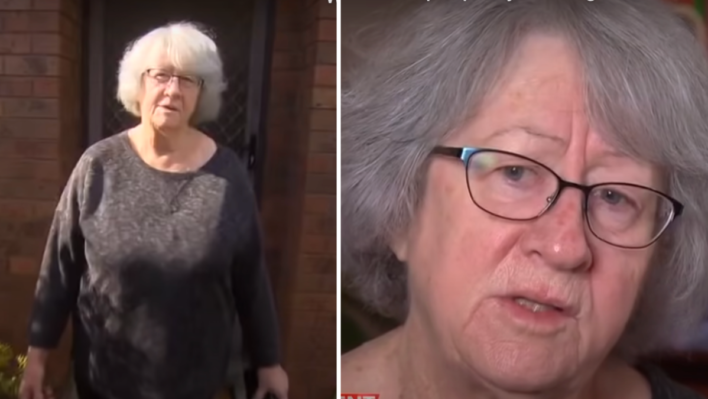 74-Year-Old Has Lived in Her Home for More Than 20 Years – Suddenly, Her Landlord Calls Her With Unbelievable News

After seeing how much she loved his property, one landlord called his elderly tenant with surprising news.
By Sophie Tolias    October 28, 2022

After seeing how much she loved his property, one landlord called his elderly tenant with surprising news.

More than 23 years ago, when Jane Sayner was looking for a home to rent, little did she know the perfect one she chose would one day be hers.

Sayner moved into the home in St Albans, north-west of Melbourne and for more than two decades, she paid $200 per week. Her landlord, John Perrett, who was a pharmacist, an active community member and a philanthropist, never asked for more.

The Surprising News One Tenant Received

A few years ago, Perrett who was battling Parkinson’s disease and living in a nursing home, called her to tell her she was getting the house for free.

“I got a phone call from him one day and he said, ‘I want you to talk to my solicitor, he is here at the moment and can you give him your full name because I’m leaving you the unit,'” Sayner said to 9NOW.

RELATED: Landlord Decides to Evict Grandmother if She Can’t Buy Her $250,000 Home – Neighbors Have the Best Response

The 74-year-old, who worked at a market in Epping before her retirement made possible thanks to this gift, couldn’t believe her ears.

But it was true; after seeing how much this woman loved his house for over 23 years, he left it to her.

And that wasn’t the only gift he left behind when he died at the age of 86.

How One Landlord Proved the Importance of Selflessness

Unbeknownst to Sayner, Perrett was a millionaire. He donated the bulk of his fortune — $19.6 million — to the Royal Melbourne Hospital’s nephrology department.

Perrett received a kidney transplant at the Royal Melbourne Hospital three decades earlier. Still functioning when he passed away in his mid-80s, the kidney was a life-saving gift that took him off dialysis and he was clearly grateful for the care he received.

RELATED: 9-Yr-Old Girl Takes Initiative And Saves Family From Being Evicted With One Bold Move

The hospital invested Perrett’s donation and it’s expected to support the hospital and its patients for decades.

Sayner is retired and enjoying her beautiful home and garden thanks to Perrett’s kindness. “I thank him still, every day of my life … just privately, I say, ‘Thanks John,'” Sayner said.

The parting gift from her generous landlord was life-changing.