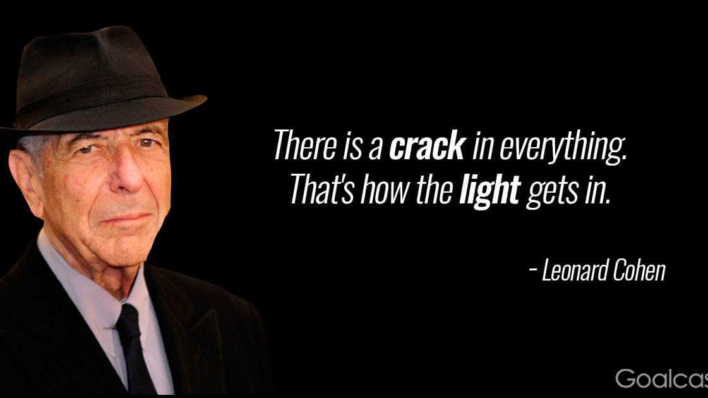 They say Leonard Cohen was the ultimate ladies’ man; that after a performance, women would literally fall at his feet;
By Flavia Medrut    December 13, 2017

They say Leonard Cohen was the ultimate ladies’ man; that after a performance, women would literally fall at his feet; yet he spent ten thousand nights alone, thinking about his muse.

Leonard Cohen, the singer with a distinctly non-commercial voice, gained our hearts starting the late ‘60s. He was one of the most enigmatic and fascinating characters, and that, alongside his many talents, played a huge role in the way he managed to retain his audience for nearly six decades.

Cohen’s unique voice, poetry and love for beauty are passed along to every listener with an exceptional emotional power. He carved out his own place in music, and will never actually leave us, despite him having released his last masterpiece album just weeks before he died, in November 2016.

Here are 22 Leonard Cohen quotes to carry you through the most wonderful aspects of life and make you wanna dance to the end of love. There is a crack in everything. That’s how the light gets in.

The last refuge of the insomniac is a sense of superiority to the sleeping world.

Children show scars like medals. Lovers use them as a secret to reveal. A scar is what happens when the word is made flesh.

How can I begin anything new with all of yesterday in me?

If you don’t become the ocean, you’ll be seasick every day.

Reality is one of the possibilities I cannot afford to ignore.

My reputation as a ladies’ man was a joke that caused me to laugh bitterly through the ten thousand nights I spent alone.

As our eyes grow accustomed to sight they armor themselves against wonder.

It’s hard to hold the hand of anyone who is reaching for the sky just to surrender.

It doesn’t matter what you do because it’s going to happen anyway. Music is the emotional life of most people.

I don’t really understand that process called reincarnation but if there is such a thing I’d like to come back as my daughter’s dog.

The older I get, the surer I am that I’m not running the show.

When things get really bad, just raise your glass and stamp your feet and do a little jig. That’s about all you can do.

I’ve always been into self-dramatization. I intend to live forever.

When you stop thinking about yourself all the time, a certain sense of repose overtakes you.

A woman watches her body uneasily, as though it were an unreliable ally in the battle for love.

All of my writing has guitars behind it, even the novels.