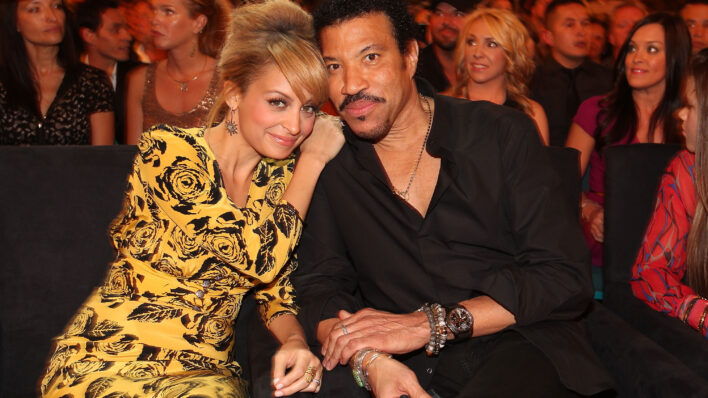 Lionel Richie Saved His Daughter With This Terrifying Piece Of Advice

Nicole Richie was heading towards a dark path when her father gave her a harsh reality check that made her turn her life around.
By Shaoni Das    June 4, 2021

Nicole Richie was heading towards a dark path when her father gave her a harsh reality check that made her turn her life around.

Sometimes parents know you better than you know yourself.

This is exactly what Nicole Richie experienced when she was spiraling toward severe drug addiction in her early twenties. She’d been muddling through as Paris Hilton’s best friend and was following her through the same path of debauchery and recklessness. When your entire identity hinges on being a sidekick of one of the most prominent influencers who has ever lived, it’s easy to lose sight of yourself and start fixating on the highs.

And so Nicole let the vices consume her inside out. Drugs, alcohol, parties — she lived life like there was no tomorrow. There is a limit to a hedonistic lifestyle, however, and if you cross that threshold, there probably isn’t a tomorrow. Nicole was plunging in this direction at a breakneck pace in the early 2000s, and she could have easily slipped and succumbed to her weaknesses had it not been for her dad Lionel Richie‘s advice.

Nicole’s realization and subsequent recovery paved the way for how we can navigate through the wake-up calls in our own lives.

Nicole’s first display of bad behavior took place at a New York City nightclub in 2011. She became involved in a rowdy brawl with a couple of other people and was arrested as a result. The charges were dropped, but this instance of lawbreaking was only the tip of the iceberg.

In 2003, The Simple Life star was pulled over in Malibu, California, for driving with a suspended license. Law enforcement also discovered heroin on her. She was arrested on these two charges and spent five hours in custody before being released on a $10,000 bail. She checked into a rehabilitation center shortly.

When I am out in the world naked and vulnerable, I acknowledge that I was young, had a lot of freedom, and made some “bad decisions” … but how bad are they if it’s part of a journey to understanding who I am and what I stand for?

Sadly, this wasn’t the last of her run-ins with the law. In 2006, she was caught driving in the opposite traffic direction on a Los Angeles freeway and was promptly caught by the police. Upon failing the sobriety test, she confessed to taking marijuana and Vicodin before getting in the driver’s seat. On July 27, 2007, Nicole was sentenced to four days in jail in Lynwood, California, but spent a little less than 90 minutes behind bars. The sheriff’s department’s spokesperson explained Nicole’s early release, saying it resulted from “overcrowding in the jail system.”

It was her third arrest that shook Nicole out of her state of depravity. She wrote an essay for Lenny Letter where she acknowledges her wrongdoings but admits that they were necessary for her development.

When Nicole was arrested in 2003 for heroin possession, her dad Lionel came to her rescue and persuaded her to check into rehab. He shared an anecdote that ended up transforming her life. In an interview with Piers Morgan, Lionel said he told Nicole about three of his friends growing up who had died due to substance abuse. He told his daughter that he anticipated the same thing occurring with Nicole’s generation and that he didn’t want her to be included in that “list of three.”

I went to her and I said, ‘When I was growing up I lost three friends, they were the hippest friends I ever knew in life . . . I said, ‘It’s going to happen to your generation. I don’t want you to be in that list of three.’

His prediction turned out to be right on the money. Two of Nicole’s friends passed away in the next few years because of their struggles with addiction. This led Nicole to come crying to her dad, worried about being the next one to join their ranks.

As soon as he heard his daughter’s pleas for help, Lionel dropped everything and came to her side. He decided that he would do anything to support her through her recovery. He even mended fences with his ex-wife Brenda to work together to take care of their suffering daughter. He reportedly told his daughter, “Me and your mother are checking into rehab with you.”

Poor Lionel even blamed himself for his daughter’s unacceptable actions. Diane Sawyer quoted Lionel as saying he wasn’t a “good dad” and admitting that he wasn’t present enough in his children’s lives in the name of making money and providing for his children.

I got a phone call and she said, ‘Dad I need help, I don’t want to be the third one.’

Only a thoughtful, compassionate, and good dad would question himself for setting a bad example for his kids. When Nicole learned about her father accepting blame for her own propensity to rulebreaking, she immediately came forward to refute his claims and assert that he didn’t need to feel the slightest bit guilty for her rebelliousness.

I never blamed him. I think he blamed himself. It was very humble of my dad to come forward and say, ‘I made a mistake.’ I love him for that.

Whether or not Lionel’s constant touring actually had an impact on Nicole’s brash actions is hard to say. Yet, the fact that he canceled his shows to provide strength and kindness to her daughter in her time of need demonstrates how dedicated he is to his daughter’s well-being. It took Lionel’s tireless determination and motherhood for Nicole to clean up her act and begin approaching her limited time on earth with more sensibility and empathy.

Before, she didn’t have a care in the world and had no desire to be someone’s role model, but becoming a mom to her daughter and son made her mindful of her priorities in her life. She wasn’t “just bored” anymore and didn’t have to resort to substances to fuel her energy.

Nicole didn’t even know that she needed to defeat her addiction until Lionel had a heart-to-heart and regaled her with tales from his youth. Through her dad’s wake-up call, she realized that it wasn’t too late to ask for help and clean up her act.

It is no secret that I have, at times, taken advantage of my time on this planet. And as much as I have to look at those moments and learn from them, as we all do, it’s important for me to have gratitude for that time, too. Not shame.

Not all of us have Lionel Richie as a dad, but most of us will find ourselves going through dark, unpleasant situations. And yes, they will eventually pass, but you can’t dig yourself out of the hole until you yell for mercy and acknowledge how much help you need. As long as you’re persistent about bettering yourself and overcoming your demons, the moment will pass, and you’ll live to see another day.