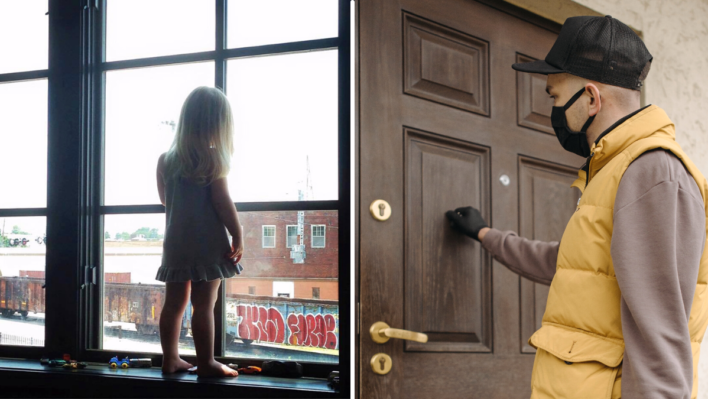 Little Girls Waves Everyday for Three Years at Passing Trains – One Day, a Conductor Shows Up at Her House

One little girl loved to watch the trains go by, but she loved waving to the conductors more.
By Lindsey Staub    November 3, 2022

One little girl loved to watch the trains go by, but she loved waving to the conductors more.

* This story first appeared on Love What Matters Facebook on September 20, 2017

One small act of kindness by one small person can make a big difference. It’s more important to spread joy that some may think.

The University fo Michigan’s psychology department conducted a scientific study that showed that witnessing acts of kindness also makes a person more apt to engage in their own acts of kindness. Showing others kindness really does spark a chain reaction.

Briana Hefley Shepard’s daughter didn’t know the science, but she did like to make others smile.

Why a Little Girl Waved at Passing Trains Every Day

When Briana and her family moved their business into a new location along some train tracks, she didn’t know what exactly would result from it. But what happened was beautiful.

“We get a front-row seat to all of the locomotive action. My daughter lives for it. It didn’t take long for the conductors to notice her waving to them and for them to return those waves,” Shepard wrote in a post for Love What Matters.

Briana never got tired of waving at the conductors.

“As time progressed, it became their ritual. They’d blow their whistles, she’d run to the window, they’d open their windows, and everyone would wave and smile ear to ear,” Briana said. “I teared up almost every single time.”

For three years straight, Briana’s daughter waved to the trains.

The young girl only stopped waving because she started school and was now no longer around to see the trains.

Briana originally thought she was doing a good job adjusting to having her little girl out of the house, but when the train came by one day and blew its whistles, she started to cry.

The next day, Briana made a sign that said “she started school” and held it up in the window when the trains drove by.

How One Little Girl Started a Chain Reaction of Kindness

Three weeks later, someone familiar stopped by the shop.

It was one of the conductors asking about the little girl with the blonde hair that waves to the trains. They had seen the sign but couldn’t read it from the distance, so once they got a chance, they stopped down the tracks and walked over to the shop to inquire.

“He said that her waves had made their days. For three years they’d shared these moments,” Briana said.

RELATED: Student Asks Bullied Classmate To Meet Him In The School Gym – What Happens Next Brings Him To Tears

The conductors asked if they could leave the girl a gift, and when they returned, they had birthday presents in their arms.

“Witnessing their unconventional friendship over the past several years has been nothing short of magical. To know it impacted them just as much as it impacted us, fills me with love and hope,” Briana wrote.

Waving to the passing trains made Briana’s daughter happy, and she could also see that it made strangers happy, too. The joy and smiles they shared were priceless.