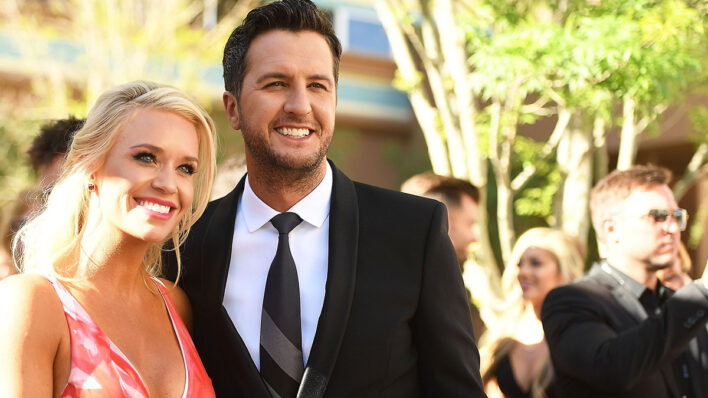 When Luke Bryan’s Sister Died, He Adopted Her Orphaned Children

Country star Luke Bryan stepped up in a major way after the death of his sister and brother-in-law, adopting their three children as his own.
By Aly Walansky    October 30, 2019

Country star Luke Bryan stepped up in a major way after the death of his sister and brother-in-law, adopting their three children as his own.

Country star Luke Bryan looks like he has it all, but he has actually undergone unimaginable tragedy – and at a dark moment, he found room in his heart to make it even bigger.

Bryan grew up the youngest of three kids in a close family.

“I was raised in a small town with parents that — when I wasn’t acting right — they reeled me back in,” he told Robin Roberts in a 2017 ABC News special. “Everybody knew everybody and it was a magical little small-town life.”

His magical life was about to see tragedy

Bryan was just breaking out on his own, exploring his music career, when his life changed.

“Just before I moved to Nashville, my brother was killed in a car accident,” Bryan recalled. Understandably, his career plans were put to the wayside in his period of grief.

At the time, Bryan was just 19 years old. He gave up his music career plans temporarily to support his shocked family.

“My dad could tell I was one foot in the door, one foot out the door,” he said. “He was really really adamant about me chasing my dreams just based on what we had dealt with my brother. We had seen how fragile life was.”

Bryan packed his bags soon after and moved to Nashville, where he quickly got a record deal and fell in love with Caroline Boyer, whom he married in 2006.

Before he knew it, he was performing at the Grand Ole Opry and his one surviving sibling – his sister Kelly – came to see him play.

It would be the last time he ever saw her…

Despite his grief, in the years that followed, Bryan’s star as a country singer only rose, and his family grew with the birth of his two sons, Thomas and Tatum.

In 2015, Bryan’s brother-in-law Ben died as well and then Bryan and his wife ended up adopting his sister’s three children.

“Now we have three children that have lost both their parents, so that becomes our new focus, to try to navigate and guide them through this life,” Bryan explained.

“We never thought twice about it,” Caroline told ABC News. “We just did it.”

The siblings and cousins adapted quickly into a new form of family and it was beautiful to see how they all came together in the face of tragedy.

“Bo went from being kind of the alpha male to being the middle child, but he takes it in stride,” Bryan told People in a 2015 interview. “It’s been amazing watching them do so well with it. They treat Til like their brother, and Til does the same. And that’s what’s funny, is Til went from being the baby of his family to being the oldest. It’s definitely been a social experiment.”

Bryan told People in 2017, “It’s a challenge because my main thing with Til is just properly giving the right amount of advice and realizing you’re talking to someone who is becoming an adult. I have to be that parent role where if he does something, he needs to get in trouble, but I want to be a friend to him too.”

Now, he considers his sister’s children to be his own and rather than being bitter at all the tragedy and loss that hit one family, he’s learned to appreciate all his gifts just a little bit more.

What Luke has learned

“I’ve watched my family go through ebbs and flows where we get mad at God and we get mad at why this has happened,” he told People. “You’ll never get back to 100 percent. You’ll always be working to get back to 75 percent.”

“Obviously my nieces and nephew, they didn’t ask for this,” Bryan said. “Their life was amazing before Caroline and I took a more prominent role, even after losing their mother. Now my focus is trying to do what we can to help them.”

Luke Brian’s unusual journey to an unexpected family is a powerful lesson about powering through grief and the beautiful things that can come from opening our hearts and our homes to those who need help. He never gave up on his dreams or on his family, and was able to build a beautiful life because of that.