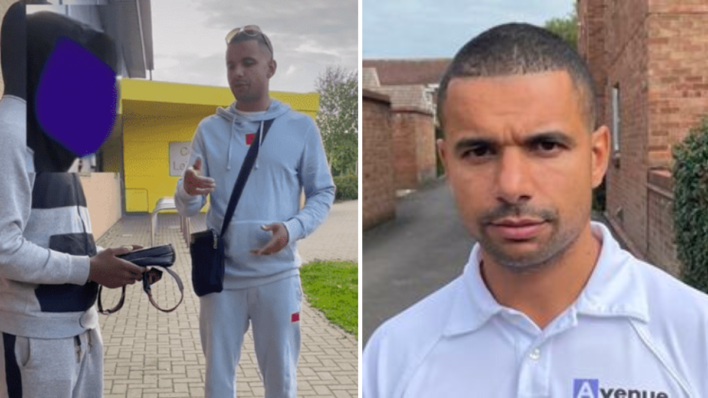 One man located his nephew’s mugger and tried to save him instead of punishing him.
By Lindsey Staub    September 28, 2022

One man located his nephew’s mugger and tried to save him instead of punishing him.

When Winston Davis set out to track down a teenage thief, he didn’t do so to put the boy behind bars but to try to save him.

Davis is a Londoner, engineer, and uncle. His 12-year-old nephew was on his way to buy a chocolate bar when he was mugged at knifepoint. The robbery was successful and the thief ran off with the boy’s bag, but Davis did not let the incident end there.

He spent six weeks trying to locate the mugger, looking at security camera videos. Davis didn’t want to find the young man who stole from his nephew for revenge, he wanted to help the boy.

He noticed that the mugger was young, only a few years older than his nephew. And the boy looked scared himself while wielding the knife.

RELATED: Homeless Teen Steals a Wallet in a Bar – The Owner ‘Punishes’ Him in an Unexpected Way

“When it happened the lad that did it was gesturing to the knife on his leg, but you can see on camera that he hasn’t held it to his neck or anything, he just used it as a threat,” Winston said. “He told me he’s been in and out of detention centers and had no education and has literally been living in supported living.”

Davis finally tracked down the mugger, who was only 16 years old. When he reached out to the boy, he arranged a meeting so the boy could return the bad he had stolen.

“I said to him, ‘Look, I’ll help you if you return the bag,’” Davis said. “We made the agreement that he would go get the bag and come back the next day and fair play to him that’s exactly what he did.”

Upon meeting, Davis found out new information about the teen. The boy admitted to having no parents, no job, and no education.

RELATED: Owner Has A Surprising Reaction Towards Thief When He Finds His Restaurant Has Been Broken Into At 4 AM

“Although what he did was completely wrong, he said he was broke and needed the money… he’s 16 years old and has no qualification,” Davis said.

Even though he didn’t have any resources or support, the boy told Davis that he dreamed of becoming a computer engineer.

Davis had promised the boy that if he returned the bag, Davis would try to help. Both Davis and the thief stayed true to their sides of the bargain.

Davis was the chairman of the Southside Young Leaders Academy, a charity dedicated to helping young African and Afro-Caribbean boys become leaders. Davis used his connections and social media accounts to call for help for the young man.

“Despite this he wants to work in computer engineering… this kid doesn’t need punishment, he needs help… if there is anyone that knows about career routes/training programs for him, please drop me a DM,” he posted.

Davis didn’t excuse the boy’s bad behavior but understood that doing something bad didn’t make someone a bad person.

He took the time to learn and understand exactly what this young thief was going through and decided to help him pursue a greater path than just writing him off as a criminal. The young man needed someone to believe in him, which is exactly what Davis did.