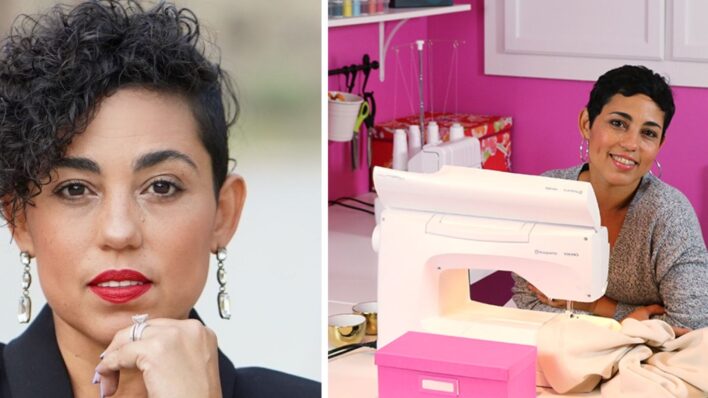 One woman literally went from rags to riches in a remarkable story of self-belief. On her own Mimi Goodwin, aka
By Bryan Liquor    February 22, 2021

One woman literally went from rags to riches in a remarkable story of self-belief.

Mimi Goodwin, aka ‘Mimi G’ grew up in Chicago while spending most summers in Puerto Rico with her father. There, she cultivated her passion of sewing and crafting fabrics.

Due to a traumatic childhood that included sexual abuse from more than one family member, Mini fled Chicago for California when she was just 15.

By age 17, she was homeless, alone and pregnant with her first daughter.

Mimi tells NBC Right Now that through it all, sewing kept her together.

“There was so much trauma that I had to work through, but sewing was sort of a way for me to release and let go, and that’s how I used it”

Despite her hardships, Mimi tells People that “everything I went through toughened me up,” and she came away from her ordeal stronger and more focused.

She enrolled at a fashion school, but quickly realized that she had already taught herself everything they were charging top-dollar for.

That’s when she made the life-changing decision to take her passion for sewing and style online.

“I was a single mom, struggling to make ends meet and trying my best to stay above water, when I started my blog”

She started by showing others her patterns and sewing projects online. However, it was her ‘Mimi G Style‘ YouTube page, with step-by-step videos, that gave birth to a brand.

“People went crazy for it,” she tells Forbes. “I had no intention of sewing for hire but, with the success of that video tutorial, I could turn my blog into a digital business.”

Enter Sew It Academy, a platform that now boasts over 12,000 students and teaches everything from womenswear to pattern making and sketching.

Today, Mimi G Style and Sew It Academy are both million-dollar brands. Not letting up, Mimi has two books in the works as well as several branded products scheduled to drop this year.

With her success, Mimi hass realized that her work is about more than just fashion.

“It was about giving people an outlet to be creative, and a safe place for them to feel like they could share what they were doing”

Many of Mimi Goodwin’s early years were anything but safe. Yet when everything was crumbling around her, it was her passion for sewing that kept her going and feeling secure.

She stuck with it, believed in herself and now she’s on top of the world.

Whatever hardship you’re going through as you read this, think of your passion and run to it, you never know where it might take you.