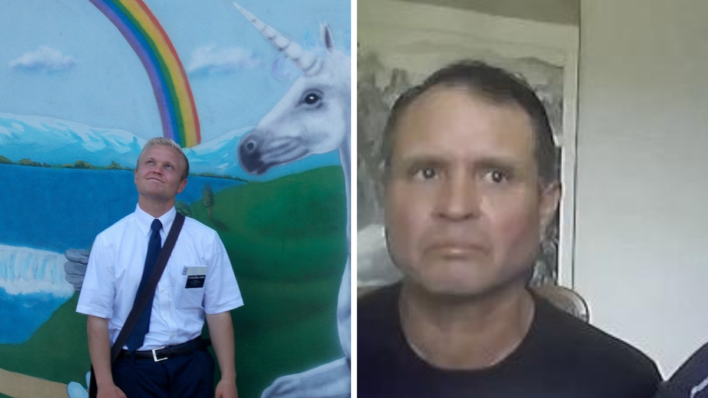 Gay Son Comes Out To Mormon Dad, Gets Shocked For All The Right Reasons

Before his first missionary trip, Mormon Austin Swink had something important to tell his father — and his response invokes
By Joel Balsam    June 18, 2021

Before his first missionary trip, Mormon Austin Swink had something important to tell his father — and his response invokes all the feels.

Coming out is never easy

Coming out to a parent is one of the hardest things someone can do, but it was even harder for Austin Swink because of his faith.

Still, Swink felt he had to do it ahead of his first missionary trip for the Church of Jesus Christ of Latter-day Saints, and to give the world an inside scoop, he kept his phone video on during the conversation with his father.

In the video posted by USA Today, Swink struggles at first, but soon says what he needed to say right off the bat: “I’m gay.”

“I got this feeling that I just needed to get it off my chest before I left, because it was weighing on me for so long, not saying anything,” Swink later told the publication.

This is the amazing moment Austin came out to his Mormon father. 🏳️‍🌈 ❤️ pic.twitter.com/Ku0XvpWGvG

His dad gave a caring response

Without hesitation, Swink’s dad, Vaughn Swink, replied: “Are you okay, though?”

Austin says “mhm,” but Vaughn wanted to be clear: “No, but I’m saying worthy wise.”

The dad then asked his son, “Are you a child of God?”

We’ve all seen enough movies, heard enough stories or experienced it ourselves to know how harshly parents can react to someone coming out — and how devastating that can be for a child. So regardless of whether you have the same faith or not, it’s uplifting to hear this dad’s kind words in one of the most important moments of their lives.