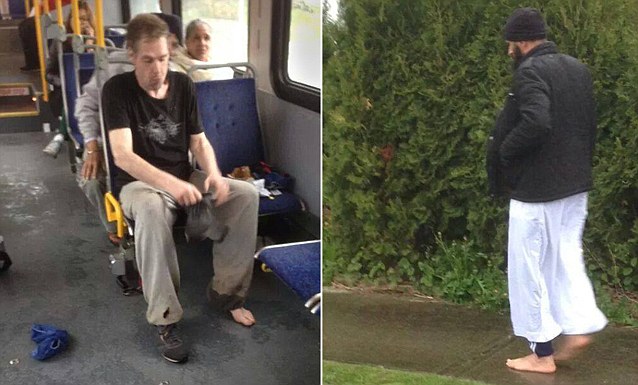 Articles like these can make one want to do an act of kindness for the sake of celebrity — but not
By Joel Balsam    August 18, 2021

Articles like these can make one want to do an act of kindness for the sake of celebrity — but not a Muslim man in Surrey, British Columbia. He performed an extraordinary act of kindness and wished to remain anonymous.

A random act of kindness

Off-duty bus driver Surjit Singh Virk was in transit one day near his home in Surrey when he witnessed an act of kindness that staggered him.

He noticed a Muslim man take off his shoes and hand them to a fellow passenger who was barefoot.

Immediately, the houseless man started to put the shoes on, graciously accepting the good Samaritan’s gift.

Virk took a photo and told the local news broadcaster.

He wished to remain anonymous

Meanwhile, it was cold and raining outside, but the Muslim man didn’t care. He was happy to walk home barefoot.

“Don’t worry about me, I live close by,” he said, Virk told the CBC.

Incredibly, the man didn’t want any credit for his good deed and wanted to remain anonymous. However, he did reveal his age — 27 — and that he volunteers at the local mosque.

“I think he didn’t want anybody to see him doing it,” Virk said. “He was simply doing it without anybody knowing it, but I happened to be sitting at the right place at the right moment, and I grabbed the moment.”

When contacted by the CBC, Aasim Rashid, a member of the B.C. Muslim Association said he knew the man and explained that he is “a nice quiet gentleman who is a practicing Muslim.”

“It’s easy to sit on the pulpit and preach about doing good things, but sometimes one kind gesture like this has a greater impact,” Rashid added.

Helping others is thanks enough

It would have been easy for the Muslim man to ignore the houseless man and look away — how many of us have done that? But he showed kindness instead. And what’s even more special is that he didn’t want any credit for his good deed, proving once again that kindness is an end in and of itself.