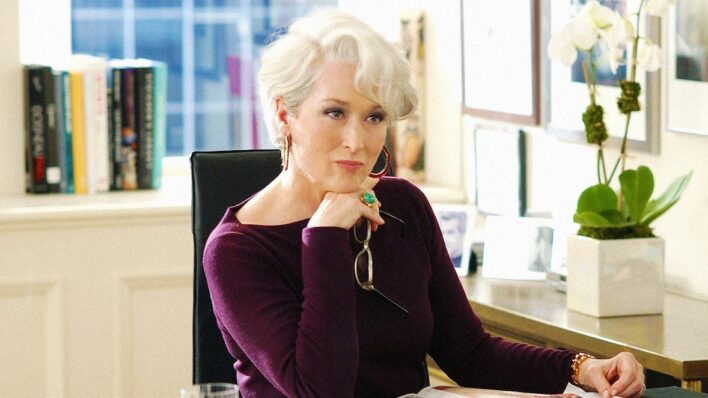 Narcissism is a personality disorder that is characterized with a constant need for attention and admiration. And sometimes, narcissists can go far in life.
By Flavia Medrut    April 23, 2020

Narcissism is a personality disorder that is characterized with a constant need for attention and admiration. And sometimes, narcissists can go far in life.

Narcissism is a personality disorder in which individuals have an extreme sense of their own importance, are in need of constant attention and admiration, and have a lack of empathy when it comes to other people.

Over the years, many researchers have conducted studies that analyzed the behavior of narcissists, and some of them have focused on the underlying drivers of such individuals. In brief, what motivates a narcissist to go for important or powerful positions and how they manage to get so far.

Not to say that narcissists cannot be extremely intelligent, but if we take a closer look at certain celebrities or people that occupy important roles, we can easily see that some of them don’t have any specific skills. They don’t do much, but they do have a way in making others perceive them as fit for their position.

Unlike honest people that work hard for their success, these individuals seem to achieve their goals with considerably less effort.

So how does a narcissist get in the public eye or positions of power?

Narcissism tends to increase in adolescence and it will reflect in the importance of status that a teenager thinks he needs among his peers. Suddenly, everything is about getting noticed. A narcissist teenager won’t care about forming meaningful relationships — all they want is for others to praise them and anyone who disagrees with them in any aspect, is disposable.

As they become young adults looking for a job, narcissists will use the same type of behavior, but this time they’ll be more meticulous in evaluating opportunities, based on how much exposure and power a certain role can offer.

Narcissistic people get to obtain more powerful or visible roles by making use of their outstanding traits or skills. When their skills are not necessarily measurable (or barely existent), they will still manage to fool others that they have the potential.

How? Many narcissists are master manipulators. Some of them would only annoy everyone around them with their arrogance, but others understood that they can obtain whatever they want by getting under other people’s skin. They can be charming and extraordinarily self-controlled under stressful situations (such as interviews), which helps them in the process of getting a job, and later in keeping it.

While others might flinch when recommending themselves for a position (even if they have what it takes), the narcissist will display a level of confidence that can delude anyone. After all, people who offer important roles are looking for individuals capable of handling all sorts of challenging situations, and the narcissist has all the “tools” to convince them that they’re the person for the job.

Narcissists will achieve their goal either by lifting themselves up or by tearing others down. If necessary, they will lie, minimize their rivals’ accomplishments or bully them. If they can’t achieve the status they want by actually being the best at what they do, they will eventually try to drag everyone else down.

Narcissists in their pursuit of status

We already know that narcissists feed on adoration so it’s understandable why they will surround themselves with people that compliment them or their achievements. But more than often, two or three people will no longer do the job for them.

Contrary to the popular belief that a narcissist’s confidence is unbreakable, recent studies have shown that a narcissist’s self-esteem is quite fragile and they are dependent of other people’s constant approval that they are the greatest. Whatever the case, they will aspire to visible and important roles that can provide the amount of admiration or obedience they need.

Narcissists are extremely preoccupied with power and control. To them, power is the only thing that matters because that means they’re not weak or insignificant. As a result, they conceptualize every situation in terms of status — they’ll aim for any position that will give them the opportunity to impress others and/or get more attention and respect.

These individuals build up their self-esteem using energy from other people –- the more, the merrier! Being famous gives them the opportunity to stand in front of countless fans that will compliment, applaud and defend them when needed. Being in a position of authority allows them to be in control, whether they have to use emotion, intelligence, fear or force to get it.

Whichever the case, the only needs that matter are their own so they will look for roles that naturally meet those needs. They are often represented in the ranks of actors, politicians, and leaders, since these positions imply admiration and/or obedience from their subordinates.

Having this said, it doesn’t mean that all celebrities or CEOs are narcissists. This simply states the fact that this type of individuals are more likely to choose such careers as they offer a higher status and secure the uninterrupted flow of narcissistic supply. A more “behind-the-scenes” role will not be as noticed by others, and thus, it would not feed their ego.

Recognizing the differences between a narcissist and an ambitious person who has the courage to aim high is crucial when positions of power are at stake.

The ones who only need to be admired might be harmless, while the ones in search for positions of power can be extremely dangerous if they get their hands on them.

The greater the power, the more dangerous the abuse.