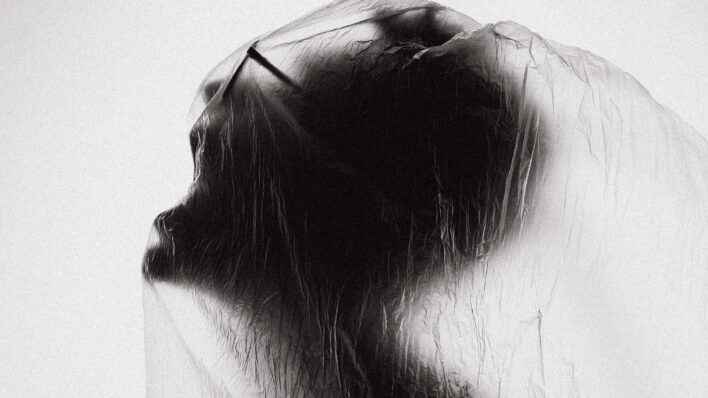 The Silent Killer: How Not Talking About Relationship Anxiety Hurt My New Love

Your ex is not a life sentence and the pain they left behind does not get to dictate your future.
By Emily Davis    July 23, 2019

Your ex is not a life sentence and the pain they left behind does not get to dictate your future.

I will never forget the moment that I realized that I was toxic.

I was standing in my living room, right next to the coffee stain in the carpet and the old piano with a missing key. And I was yelling.

Not just little yelling, mind you, but big yelling. The kind that wells up from your stomach and echoes in a way that clogs your ears so that when you are done you realize you didn’t even hear what you said.

I was yelling just like he did — the ex who hurt me, who broke me by convincing me I was worthless. The ex I thought I had left behind me.

I was yelling at him the way my ex used to yell at me.

Except — there was a key difference in the way I was yelling as opposed to the screaming my ex had subjected me to.

My ex had wanted to hurt me, wanted to break me. He felt satisfaction with my tears and my pain. I was not like that. I was not trying to hurt my boyfriend.

I was yelling because I was scared — really scared. And I wasn’t just scared of one thing or two things. No, I was scared of everything that had anything to do with love at all. And I was taking that fear out on him.

Here is what relationship anxiety does to you:

I met my ex husband when I was sixteen. Back then, I desperately wanted to be liked for who I was. I was easy prey for a narcissist. He saw me coming from a mile away and knew exactly how to draw me in. And he did. We were married and had two kids by the time I turned twenty.

I didn’t see the red flags

I was a child myself. He said he loved me, so I believed the way he treated me was love. Because I loved him I thought I could fix him.

The first time I understood that I was being abused, we had just moved into a new apartment — after being evicted from the last one. He was yelling at me, screaming that I was garbage for not being able to pay all the bills, that I was the reason for his unhappiness. He threatened to kill himself so that I would know the pain that I was putting him through.

I was crying; pleading with him that I could change. I would make it better. Then neighbor knocked on the door.

When I answered it, she looked at me the way someone looks at a wounded animal. She asked if I needed her to call the cops. I said no, but I meant yes.

After that I started trying to figure out how to escape, which I succeeded in doing about a month later.

It was the most amazing feeling. I started to heal — to build a real life for me and my children — one that I vowed would be without fear.

I sought counseling, and it helped. I got the job of my dreams and called all my power back to me. I built myself up. I spoke to my friends again.

I had anxiety attacks for years, but after a while they began to subside. I felt healthy again. Like clock-work that’s when my amazing future partner crashed into my life.

The man I love is amazing. He is everything I ever could imagine wanting in a partner. He is patient and kind and creative and nerdy. His energy matches mine perfectly.

But I didn’t know what I would be like in a relationship with him. All I had known about love was that I should fear it. I warned him that I didn’t know how I would be, and I thought because I had given him warning that he should just be automatically prepared to take my pain away.

Of course, I didn’t know that was what I was saying at the time.

In the early stages of romance, I was comfortable. The fear didn’t strike until we moved in together. Then it exploded, like a cyst erupting and covering the healthy life I was trying to build with a thick layer of puss made of fear and guilt and feelings of inadequacy.

It was full-blown PTSD but I didn’t identify it as that. I knew it was anxiety and fear, but I genuinely didn’t understand why he couldn’t make me feel better.

All I knew was that I was scared

I started subconsciously blaming him for allowing me to continue to feel this way.

PTSD triggers you based on past programming that occurs in a similar situation to the one where the original trauma occurred. For me — and thousands of others — that means the anxiety of your past relationship trauma does not, and will not, fully hit you until you are in a new relationship.

This makes your mind scream at you: “See your ex was right, you are the problem!” “You aren’t enough!” “You just aren’t meant to have love!”

In the moment when I was yelling at my partner, I realized that I was ruining my relationship because I wouldn’t own the fear. I was toxic in that moment.

But I stopped myself.

For the first time, I caught my fear and held onto it. I didn’t let it hold me.

I looked at it — and I understood, no matter how badly I wanted my boyfriend to be my knight in shining armor who could take the fear away, there was no way that he could. It wasn’t his fear. He couldn’t control it anymore than I could.

I knew that I needed help. But holy heck was that so much harder to find than I anticipated. My trauma-filled brain didn’t want to go back to therapy. I felt that because I had “healed” when I was single through therapy and it didn’t work that it wouldn’t work this time either. Not wanting to face that failure again, I turned to online sources.

When I had just left my ex, there were all the resources in the worl. Now, years later, my trauma-filled brain didn’t want to go back to therapy. I felt that because the therapy I had gone through when I was single didn’t “work” that it wouldn’t work this time either. Not wanting to face that failure again, I turned to online sources.

I also hired an anxiety coach, and she helped a bit. Then I hired another one, and another. I tried energy healing and then eventually therapy again.

I read everything I could on the topic, but it was still hard for me to find anything that echoed my experience.

When abuse victims come forward, the focus is physical

It is easier for someone who hasn’t experienced it to grasp because it is an image that they can picture. But the stuff that does the most damage, the manipulation and emotional and mental abuse, is far more difficult to understand.

If this sounds familiar to you…

If you are feeling the pain leftover from your ex is about to make you ruin your current relationship. If you feel crazy because you can’t help but feel guilty all the time. If you can’t seem to shake the feeling that your partner will resent you. If you can’t stop the fear from welling up inside you every time your partner starts to feel anything. If you are desperate to figure this out so you can stop feeling all this all the time but don’t know where to start…

Please, know this: I see you. I have been you.

Your ex is not a life sentence and the pain they left does not get to dictate your future.

You can slay the fears they gave you. You can have healthy love again. You have just taken the first step, by allowing yourself to read this and seeing yourself in the journey of others. You are not alone. And you are not broken.

I am not going to say that I never feel afraid or guilty, but it is no longer crippling. I now have a tool kit to deal with my feelings before I take it out on others. That toolkit, so carefully compiled and constructed, reinforces that everything I went through wasn’t for nothing. And that is healing looks like.